Interesting Photo of the Day: Sunset from Above the Clouds

You’ve probably often heard landscape photographers talking about how sunset and sunrise are good times to be out taking photos. There’s a pretty good reason as to why those moments are hyped so much. They present us with magical light that truly transforms the scene around us completely. Have a look at the following image that photographer Ross Schram von Haupt took of Mt. Rainier during sunset. It almost looks like a scene out of some video game: 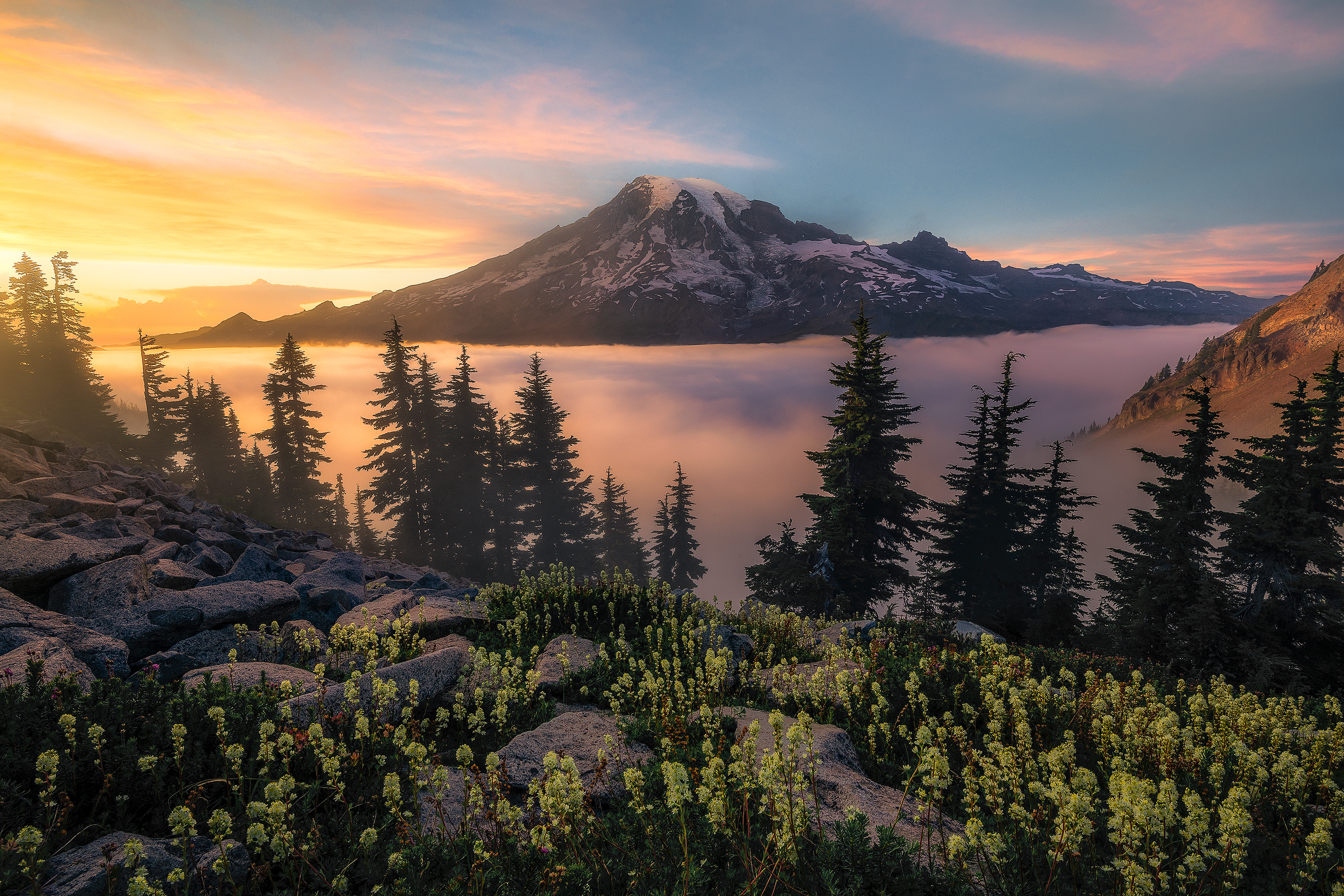 “Sunset from Above the Clouds” by Ross Schram von Haupt (Via Reddit. Click image to see full size.)

“Getting this shot was wayyyyy harder than it had to be. The low clouds were changing height constantly. They would rise 100ft then drop down 200, just to rise back up 300. While it created some of the best atmosphere I’ve ever been lucky enough to shoot, it also meant I was scrambling around trying to find compositions.”