When you think of paradise, what is the image that comes to your mind? Not everyone thinks of the same place. Everybody has their own imagination. However, have a look at the following image taken by photographer Hari V Iyer and you’ll agree that it is no less than a paradise itself: 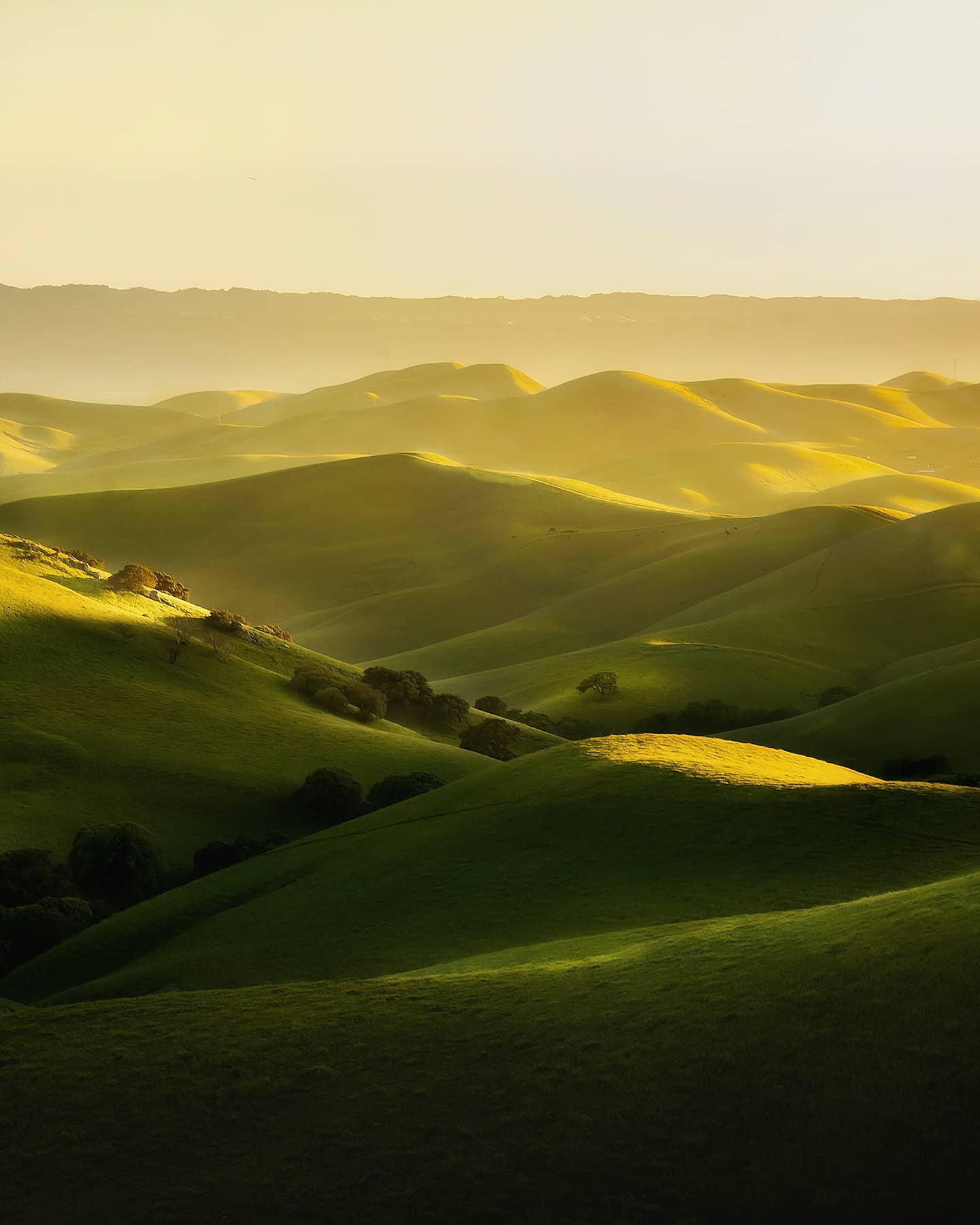 Iyer shot the image with a Sony A7RII and the Canon 24-105 f/4 lens at 82mm, f/11, 1/3th of a second and ISO 50. He took the image at Livermore, near Morgan Hill Regional Park in San Franciso, California, during spring. While many travelers might have come across this landscape, they sometimes fail to recognize it because of how adversely it is affected by local weather conditions. It’s only during spring that the hills appear lush green. Come winter they’re all covered in snow. And during the summer, all of this green landscape turns golden yellow.

The beautiful interaction of light with the rolling hills makes this image very interesting to look at. The patches of light and shadow on the hills add a beautiful texture and inject a sense of depth. The hazy atmosphere mixed with the golden sunlight gives a surreal mood to the image.

Doesn’t the inner child in you want to run down these meadows with joy?