Have you ever come across an image so mesmerizing that you can’t figure out if it’s real or not? This often comes up when a photographer is able to capture a very true beauty in front of the camera. Take for instance the following image taken by photographer Paul Wilson. It’s so well-taken that it’ll definitely make you question reality: 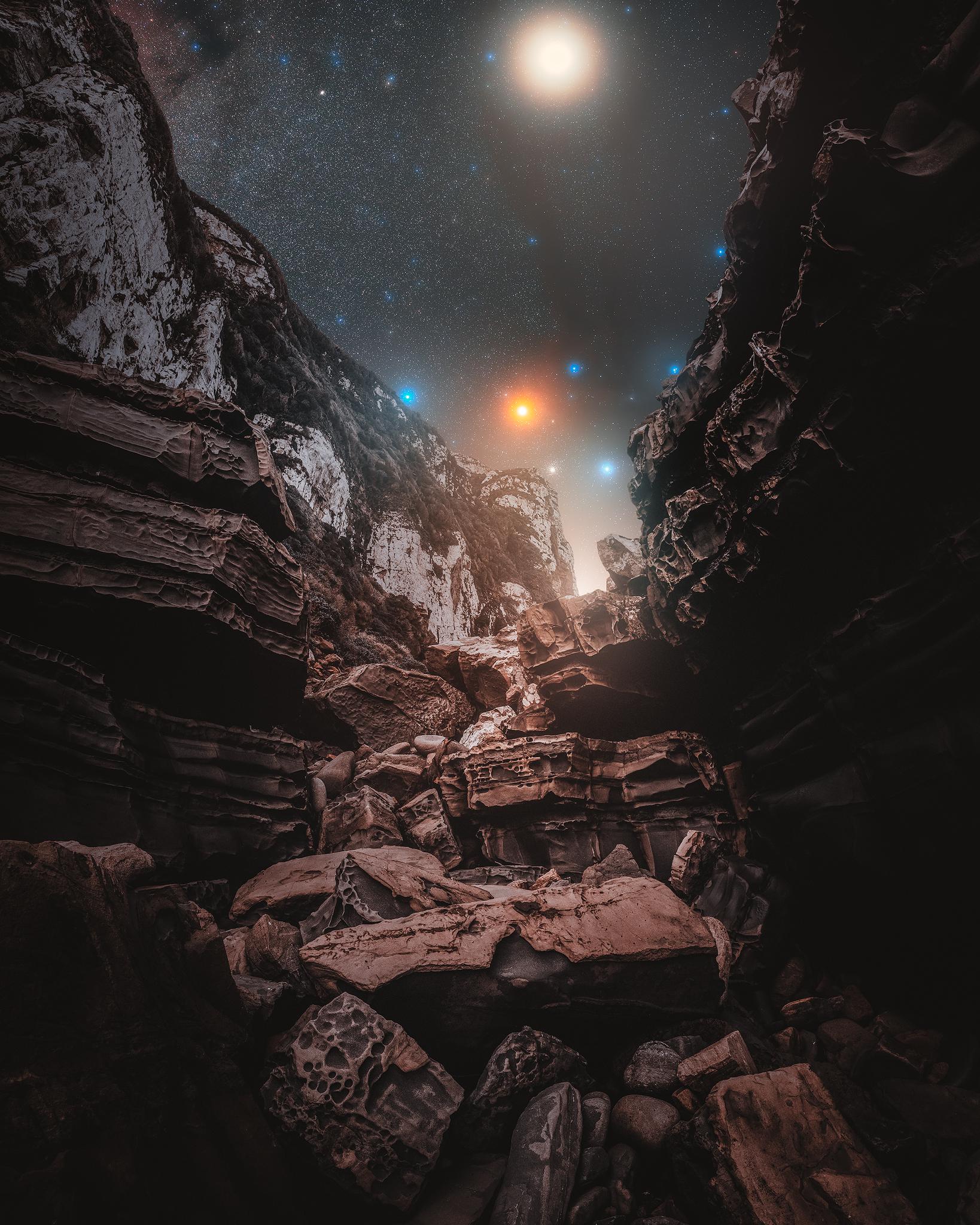 “The large bright spot shining through the moisture in the air is Jupiter, the orange star is Antares in the Scorpius region.”

If no one told you about the image, you’d probably think of it as a scene from some sci-fi movie, or maybe even as an elaborate work on Photoshop. When in reality, it’s just a fantastic composite with no other manipulations. For the finishing touch, Wilson did have to exaggerate the colors captured by the camera that we can’t see with our eyes naturally, of course.

We think the way Wilson has composed this image is perfect. The rocks in the foreground with some interesting patterns set the scene impeccably to make you feel like you’re viewing some alien planet. Also, the way they’re highlighted by the ambient light, forms a subtle leading line drawing our eyes right into the image up towards the magnificent sky.