Interesting Photo of the Day: Milky Way over the Watchman

If you want to take a brilliant image, you must be willing to put in an equal amount of effort. Breathtaking images rarely are a result of simply pressing the shutter button. Planning, vision, patience, and will are some must-haves if you want to achieve a masterpiece. The following image by photographer Mark Rapien supports these statements. He went the extra mile and captured this fantastic looking photograph of the Milky Way over the Watchman Mountain from the Canyon Junction Bridge in Zion National Park, Utah: 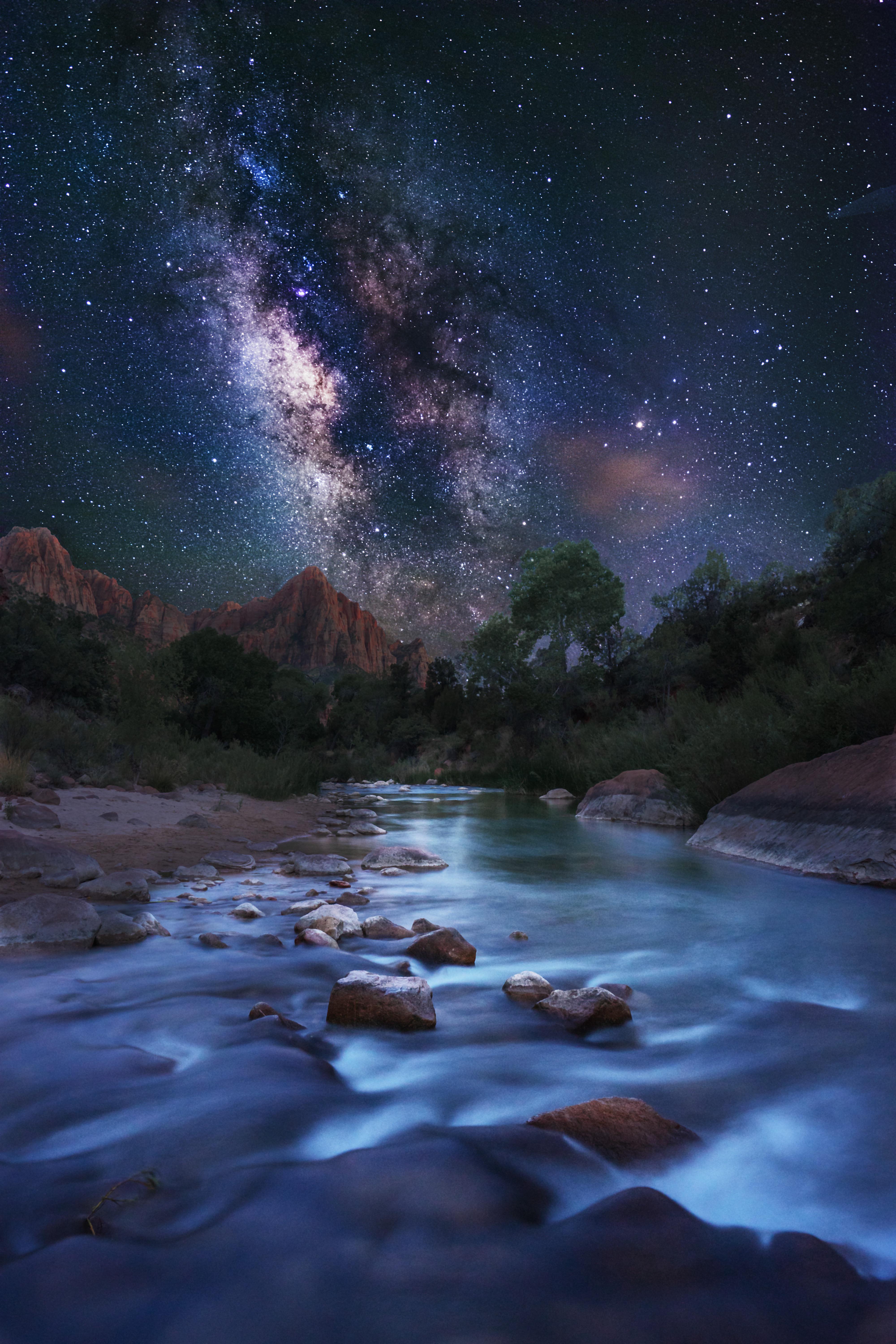 This brilliant image is a composite of 21 images that Rapien took. He stacked 20 exposures for the Milky Way and one for the foreground to achieve the final image. All of the images were taken from the exact same spot in a span of three hours. He used a Sony A7II with a 16-35mm f/4 lens for taking the images. The foreground was exposed at f/8, with a 10-second exposure, and f/8, and the sky at f/4, with a 13-second exposure, and ISO 3200.

Although his plan was only to photograph the classic sunset shot of the Watchman, Rapien stumbled upon the idea for this image when he realized that the Milky Way would line up perfectly with the mountain. He left the Canyon Junction Bridge and walked down to the river from where he set his composition.

“While making the walk I slipped and my hand went right into a cactus but I had to press on. After a few minutes, I found my composition and set up and didn’t move for the next 3+ hours. I’ll be honest it was scary at times being alone in the park next to the river. Every sound I thought was some animal that might attack me.”

The result after all that struggle was worth it. The beautiful Milky Way over the majestic mountain reminds us how spectacular the things beyond our planet are. Also, the silky smooth water shining under the starlight has added such a dreamy effect to this incredible image.

Doesn’t this photo look like something straight out of a fantasy world?