If you’re into astrophotography, stargazing on La Palma island can be one of the finest astronomical experiences possible. The small volcanic island has a pretty impressive dark sky that presents a pristine view of the outer world. Interestingly, there’s a pretty restrictive lighting policy there to maintain a dark sky. But if you want an even better view, you can ride up to the nearby mountains and avoid all the haze and clouds. This is exactly what astrophotographer Martin Lovekosi did and what he captured is simply mind blowing: 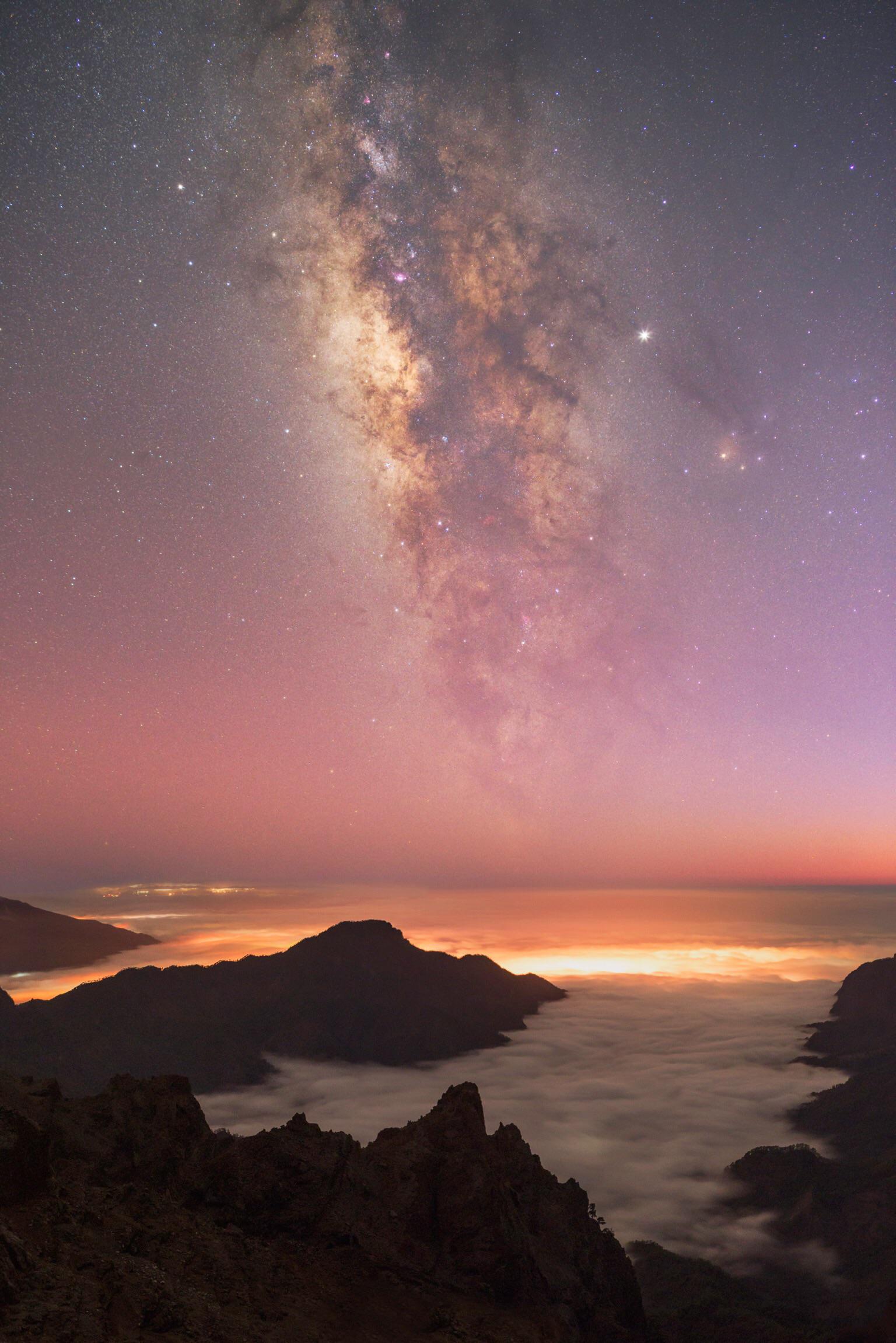 The image is a 120-second exposure that Lovekosi took with his Nikon D810 and Samyang 24mm f/1.4 lens at f/2.8 and ISO 800. He also used a Vixen Polarie Star Tracker to avoid star trails from the long exposure. And since he used a star tracker, he also took one un-tracked image of the foreground and merged it with the track image.

The mountains and the clouds are ideal, forming this compelling foreground. It looks like a river of fluffy clouds flowing through the mountains. And then there’s also that beautiful glow at the end of the mountain. What looks like a cosmic phenomenon is actually artificial light from the village below. It’s quite interesting how the clouds have diffused the light and appear to be glowing. And lastly we have the hero of the image at the background – the arm of the Milky Way with its brilliant stars.

It’s easy to let your imagination run wild and think of the glowing clouds as a portal to another world. It seems like the arm of the milky way is about to be pulled right into the portal.