We’ve probably all experimented with long exposures at one time or another, but this moving vehicle image from shatteredankle is really cool.

I like the way that the the light trails head into the distance and then take a shallow curve. It’s not just the light trails from the car that make this a great image, but the cracked texture of the lake bed, the sky, and the hills that form the horizon: 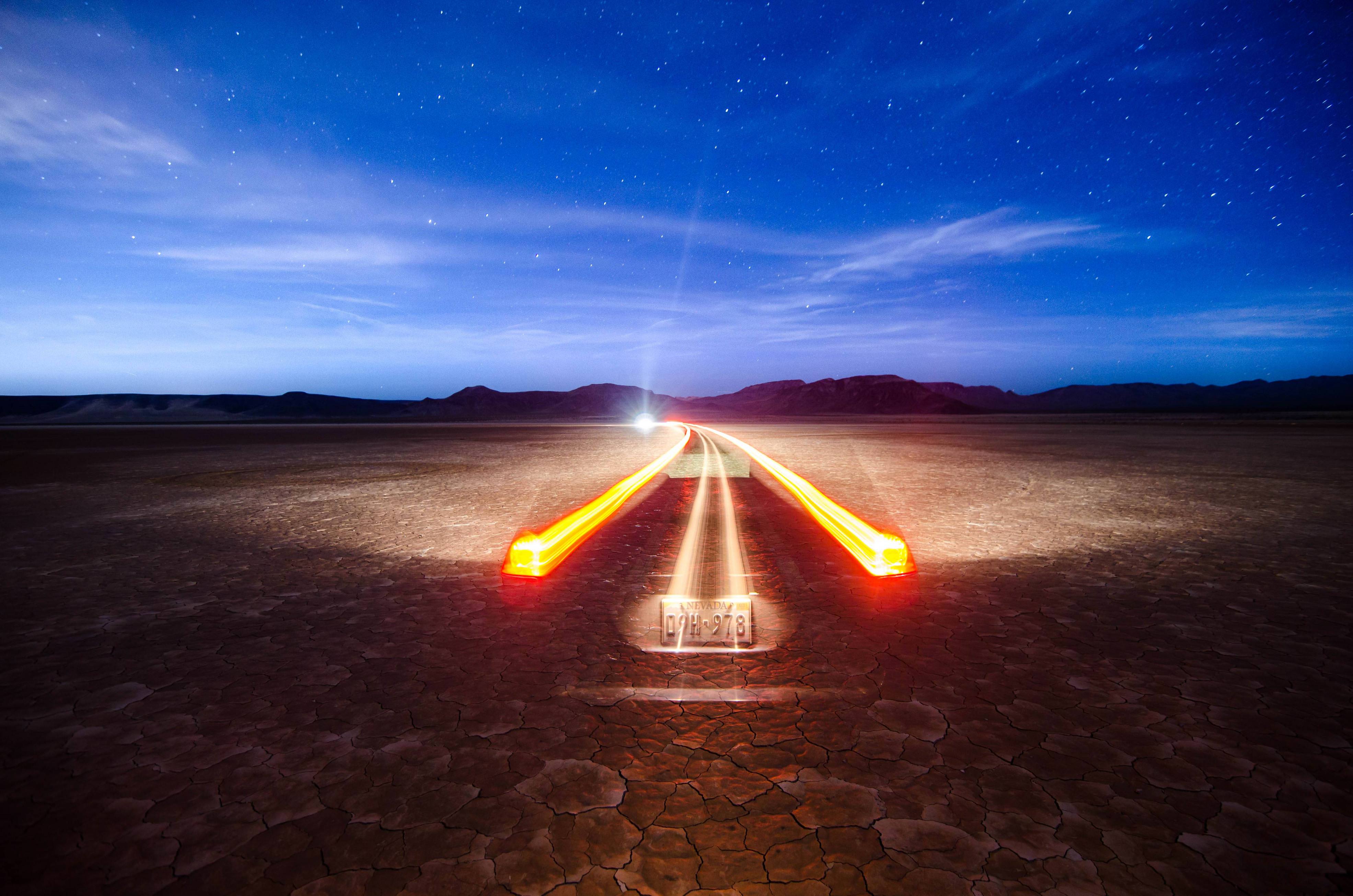 Shatteredankle very nearly lost his camera—a Nikon D5100—and had to spend two hours looking for it immediately after taking this shot!

As he drove away and turned the car round, he realized that he had no idea where his camera and tripod were in the dark. The lake bed is flat and featureless, so there are no landmarks. People often drive on the lake bed, so there were many tire tracks and he wasn’t sure which ones were his.

He ended up driving in circles for an hour, desperately searching for his camera and tripod. Eventually, he stopped and got his bearings from the stars. After this, he started methodically sweeping the lake bed until he found his camera—this took another hour.

So, lesson learned. If you’re going to be taking long exposures in a dark, dry lake bed, and you need to leave your camera, make sure you have some way of finding it again!