Some images look like a scene from a movie. And maybe since Jake Dicks is a cinematographer himself, his image of an iceberg in northern Newfoundland has a similar vibe: 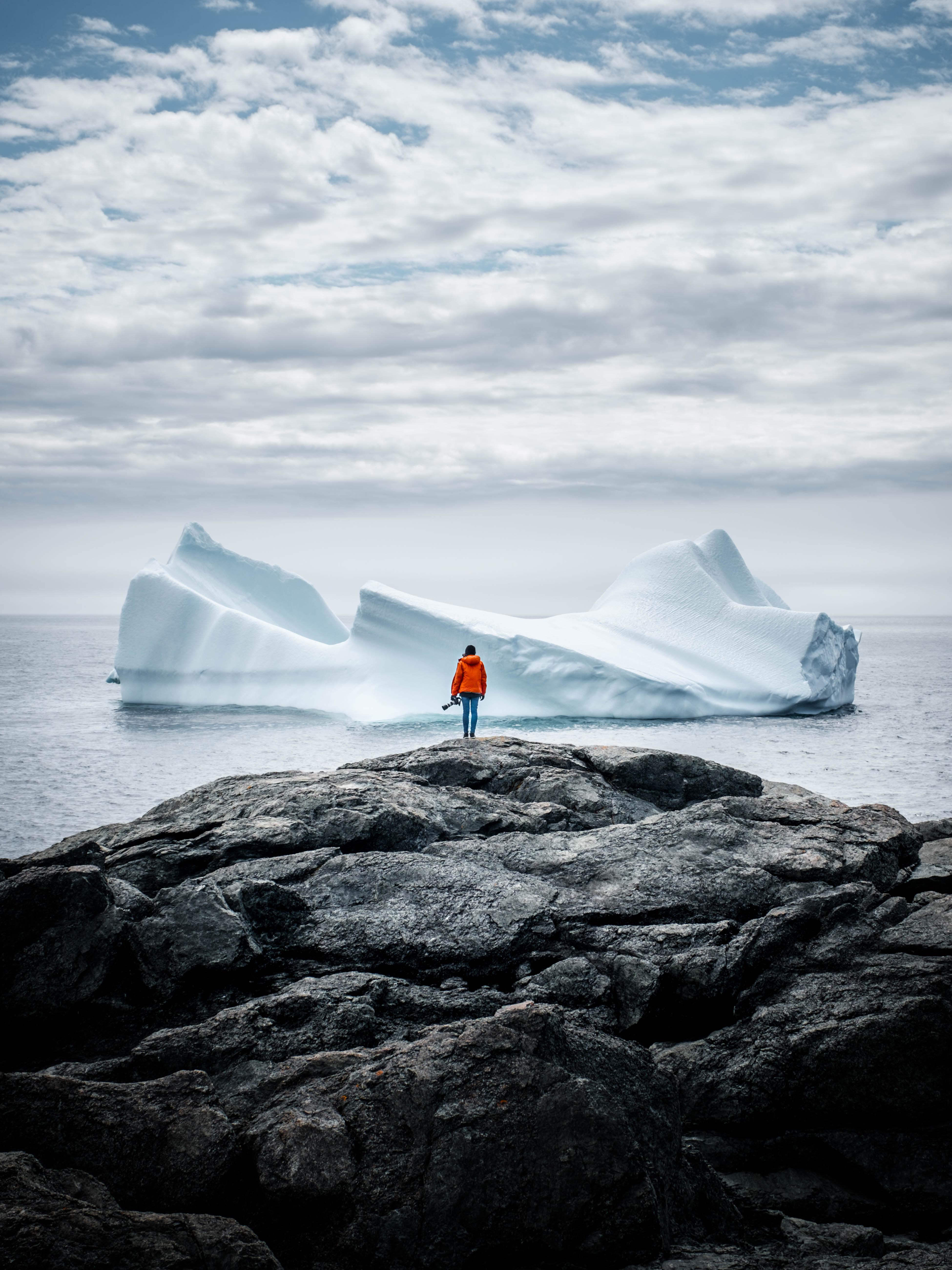 The rocks in the foreground create contrast with the bright sky and the white iceberg. The orange jacket makes the woman stand out, making her the focal point of the composition.

With the sense of scale that Dicks has used in this image, you can imagine how huge the iceberg must have been.