Interesting Photo of the Day: Fishermen of Myanmar

Symmetry in photography is one of those elements that requires a keen eye. And once you’re able to spot it and capture it, the image almost almost turns out to be especially pleasing to look at. That’s probably because we’re programmed to admire things that appear symmetrical. While finding symmetry in nature requires careful observation skills, finding it when photographing people requires sheer luck. Photographer NG Stephen got this gem of a shot of two fishermen in Myanmar and it’s nothing short of spectacular: 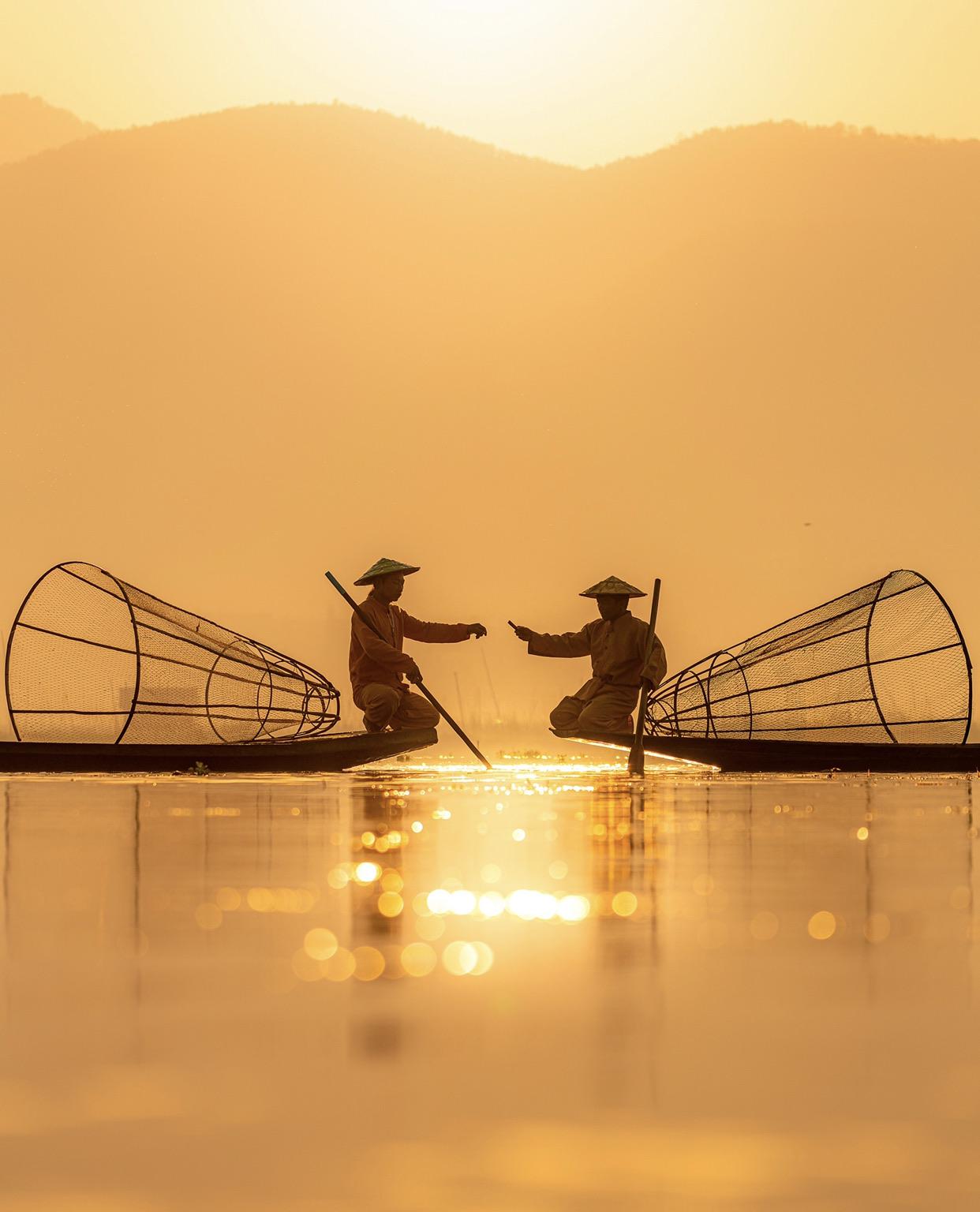 Stephen took the photo with his Sony a7RII and the Sigma 24mm f/1.4 lens.

What strikes you immediately when looking at this image is its symmetrical look. The way the boat and the basket is placed, the fishermen’s dress-up, and their identical body language gives a mirror-effect to the image. Even the hills in the background appear almost equally divided, which further adds to the symmetrical look of the image.

Besides symmetry, there are other elements as well that add to the beauty of this image. The warm tone in the image is an alluring indication that it’s the golden hour near sunset. And the elegant bokeh in the foreground also work as a leading line to draw us into the image towards the fishermen.  Overall, the colors and the subject placement in the image is absolutely sterling.

One response to “Interesting Photo of the Day: Fishermen of Myanmar”