Taking photographs of lightning is one tricky business. You never know when and where those bolts will strike. So, it helps if you have a ton of patience, and a bit of luck on your side whenever you’re out photographing lightning. And yeah, safety is a big concern too. Considering all these factors, the return you’ll likely get is well worth it. Almost every image comes out unique, creating an awesome view. Have a look at photographer Aly Ladak’s first attempt at lightning photography. It’s simply spectacular to see: 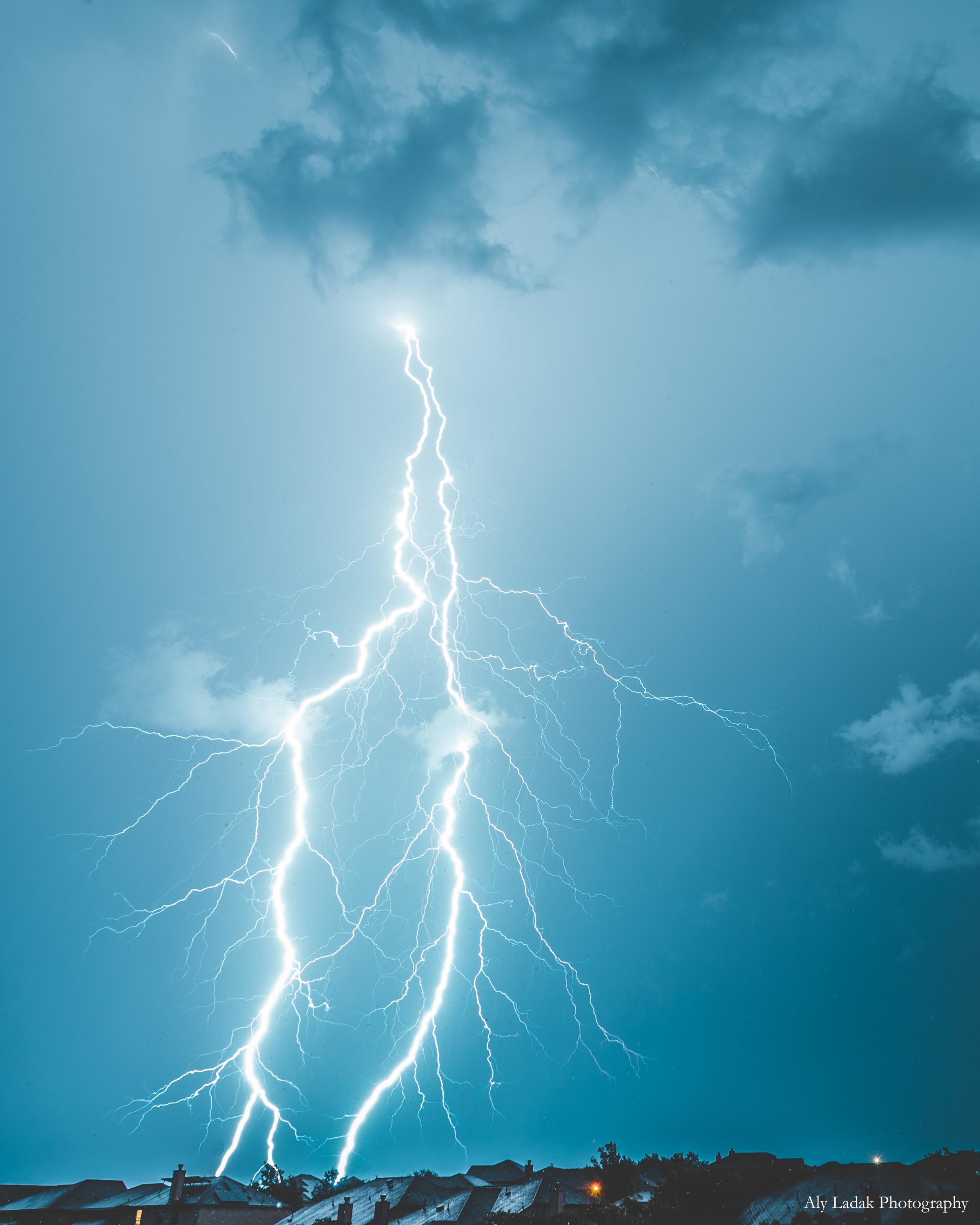 It’s amazing to see what appears as merely a faint white light at the top developed into such a striking force by the time it reached the ground. The way the lightning has divided into two powerful bolts is just mesmerizing. Each one appears no less powerful than the other.

Even though it looks good on screen, just imagine the awe and even terror they can bring about in person. It’s really an impressive capture for a first lightning photography attempt by Ladak.