When out to photograph the sunrise, the window of time slightly before and after the sun actually rises matters a lot. The same principle applies when photographing sunset. Those are the points in time when the real magic happens. Since the light changes rapidly during those periods, you can expect to witness some drama in the clouds and the landscapes. Photographer Dylan Knight was glad that he stayed back for some time after sunrise at Dead Horse Point State Park: 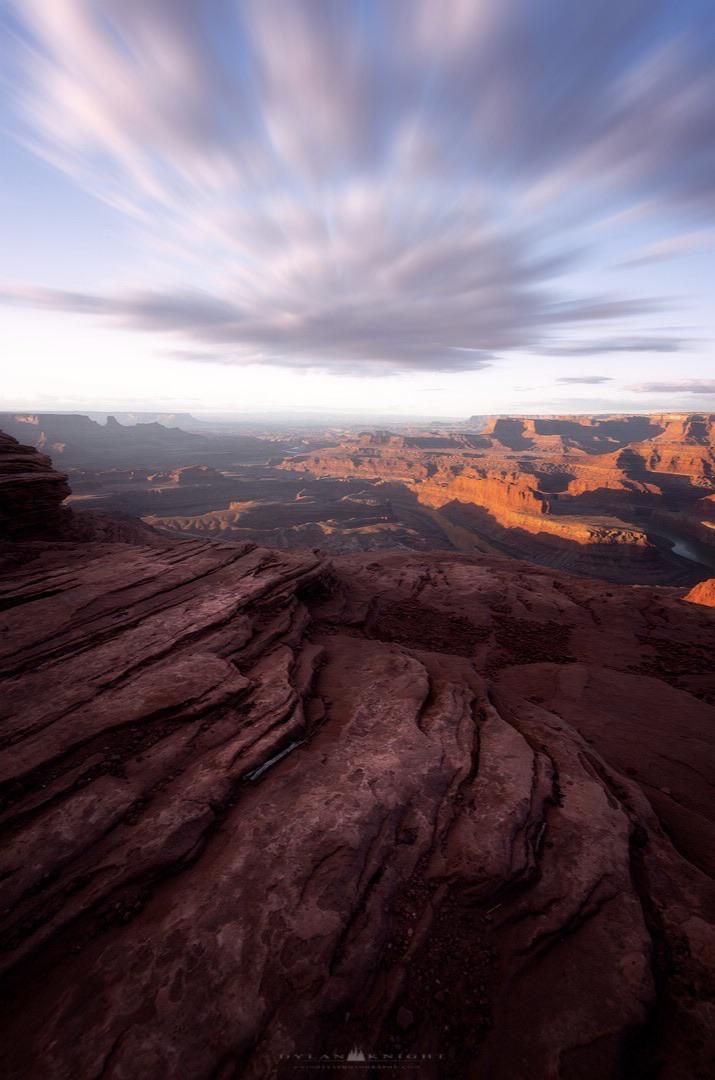 Knight took the image with his Nikon D810 and 14-24mm f/2.8 lens. The most interesting aspect that sticks out in this image has to be the composition. He has beautifully composed the image by including compelling foreground and background elements to draw viewers into the image. The patterns on the rocks in the foreground, and the cloud trails formed due to long exposure really work together to form some compelling leading lines.

“Sometimes it pays to stick around after sunrise.”

And since it was just after sunrise, you can see in the mid-ground that not all the rocky formations are equally lit. The light and shadow patterns add further interest to the mid-ground perfectly balancing the amazing foreground and background.