Interesting Photo of the Day: Diving into the Fog

There’s something fascinating about photographing abandoned places—the emptiness and the way things age add a certain eerie vibe to it. And when nature decides to help make it feel extra spooky, the “beauty” of the image is unmatched. Take for instance the following image that was shot by a Reddit user who goes by the name of ac_s2k: 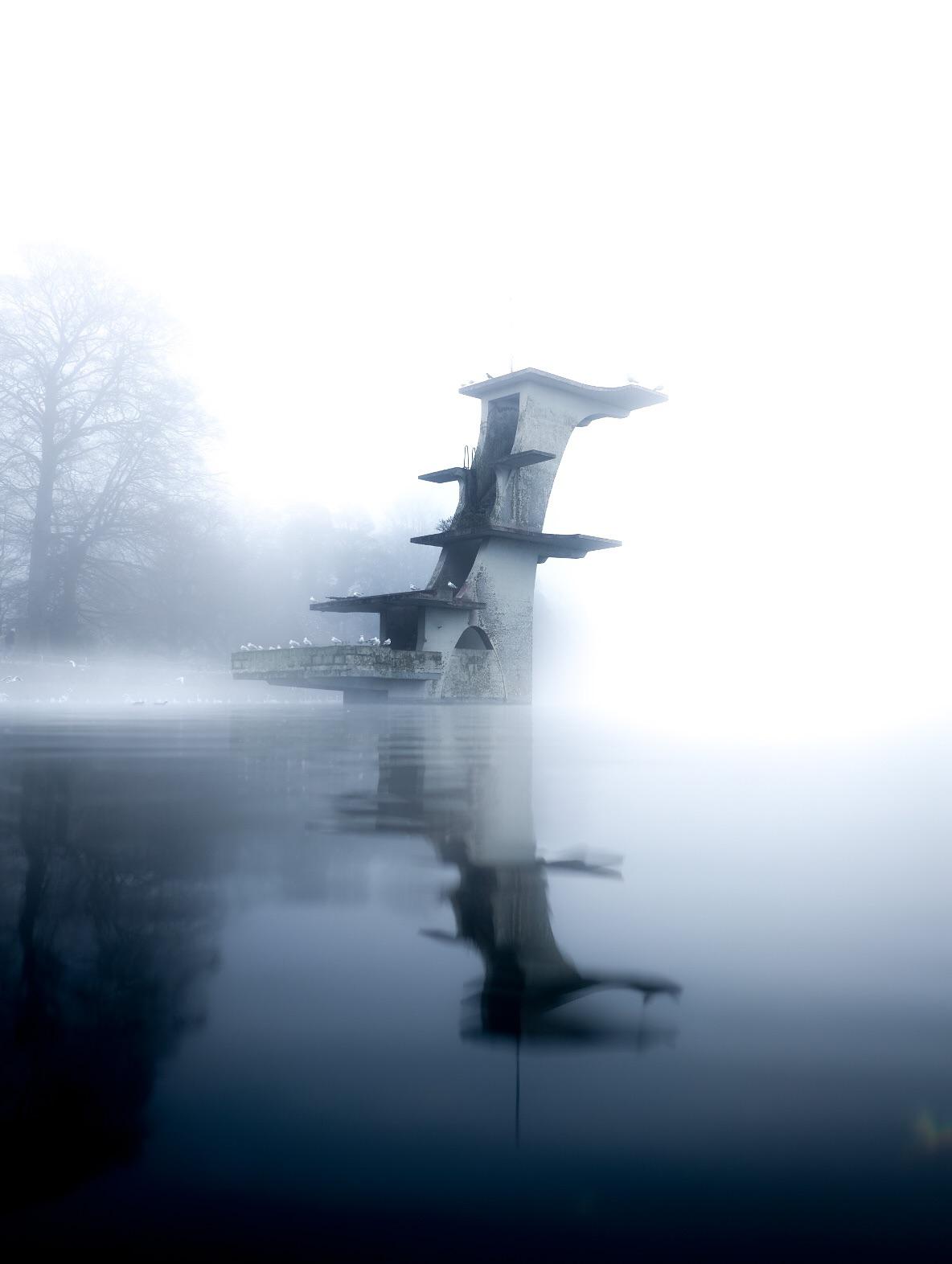 This image is of an old diving board located in Coate Water Country Park in Swindon, England. He shot the image with a Fujifilm XT2 and a 16-55mm f/2.8 lens. Previously, the lake used to be popular for divers and swimmers. But after swimming was prohibited in 1958, the location has been abandoned.

There are so many great aspects of this image. First, the shape of the diving tower grabs our immediate attention. The fact that the structure resembles the tail of an aircraft at first glance raises so many questions.

“I was extremely lucky that it was super foggy that day. Couldn’t have asked for better conditions.”

Then there’s the atmosphere. The fog is the icing on the cake. It adds an eerie look to the image and, surprisingly, enhances the place’s beauty. It is actually rare to come across locations that appear haunting and beautiful at the same time.

It is also worth mentioning how he has balanced the blown-out highlights in the sky with the dark lake. It brings a sense of balance to the image. And talking of balance, the tower’s reflection also has a big role in this context.

What sort of feeling does this image trigger in you?

What Photographers Need to Know About NFTs (Video Tutorial)

Interesting Photo of the Day: Suspension Bridge at Night

Interesting Photo of the Day: Surreal Portrait Through Fence