Interesting Photo of the Day: Comet NEOWISE from Yellowstone

While everything around the world has been very much a mess in 2020, the appearance of comet NEOWISE has probably been one of the nicest things to occur so far. The comet made its closest approach to earth in July and was visible to the naked eyes for around a month. NEOWISE did not attain the status of a “great” comet as certain other comets are brighter and have longer tails, but it still put on an awesome show. Photographers all over the world were able to capture it against popular landmarks, taking advantage of the once-in-a-lifetime moment. Photographer Jonathan Buyno got his own photograph of the comet from Yellowstone National Park, and it’s absolutely breathtaking: 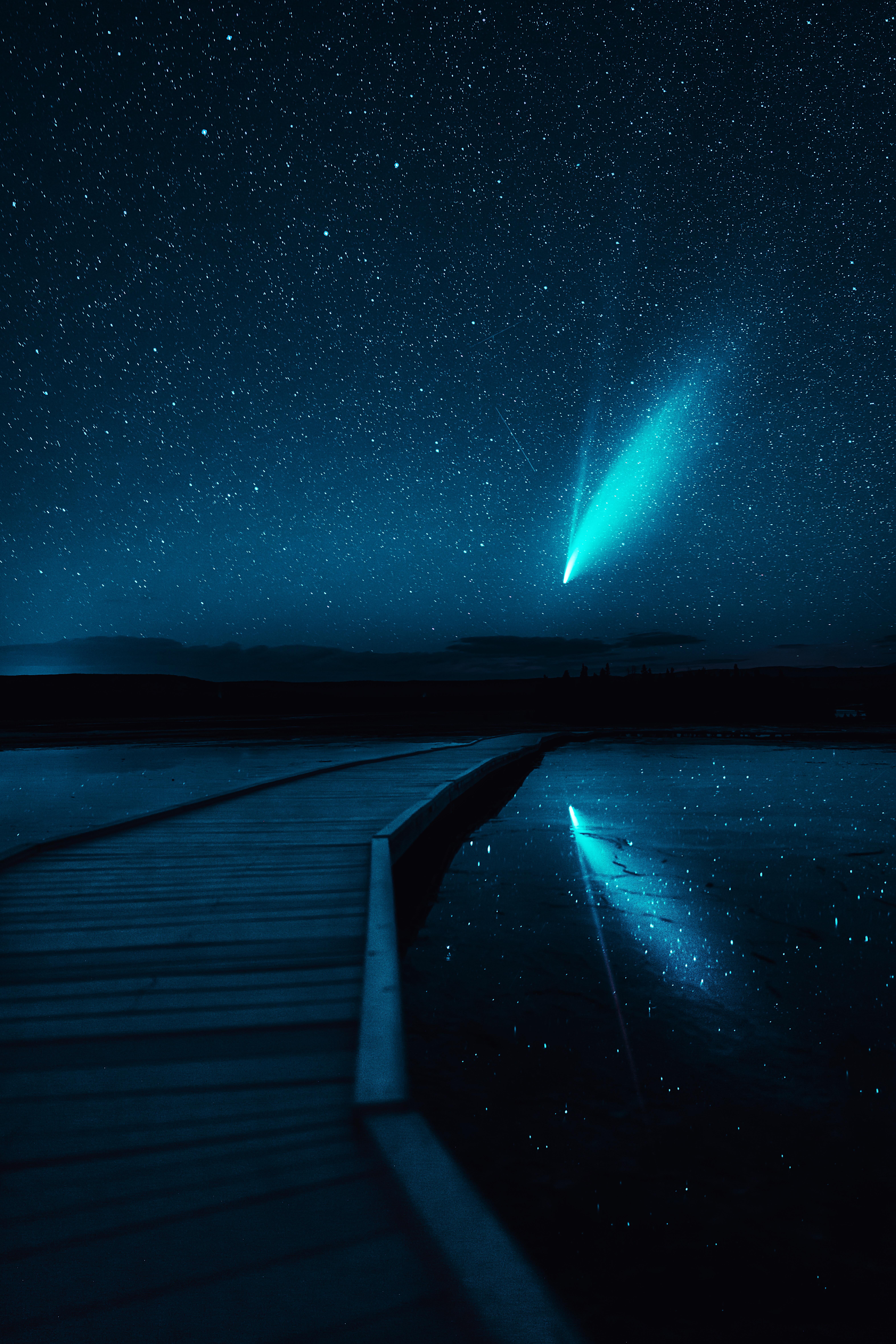 One of the most talked about points with this image is the fact that it appears “too blue”. Well, that’s because Buyno shot this image with the white balance set to tungsten. This allowed him to capture the mood while taking the image.

“I shot this using Tungsten white balance. I wanted to capture the feeling of how dark it was and how the comet felt as I looked at it. It really stuck out amongst all the other stars and landscapes.”

The image is utterly magnificent in any way you look at it. It’s definitely a composite with the photographer taking separate exposures for the landscape and the comet, but the way he’s executed it is simply fantastic.

Compositionally, the image is a masterpiece. The boardwalk works great as a leading line and draws us right into the horizon where the comet is hovering. Then, there’s the reflection on the surface of the water. The symmetry it adds to the image is mindblowing. Also, the way we can see the reflection of the stars on the water is almost surreal. The image is a true representation of how tiny and insignificant we are in this massive universe.

Were you able to get your own photograph of comet NEOWISE?