Modern versus traditional, sleek versus ornamental. The old architecture of Midtown, New York City is reflected in the new. Reflections are a wonderful thing and allow us to do just that: reflect. “Inception: New York” was taken by famous HDR photographer Trey Ratcliff on a stroll from Bryant Park on his way to the Facebook office: 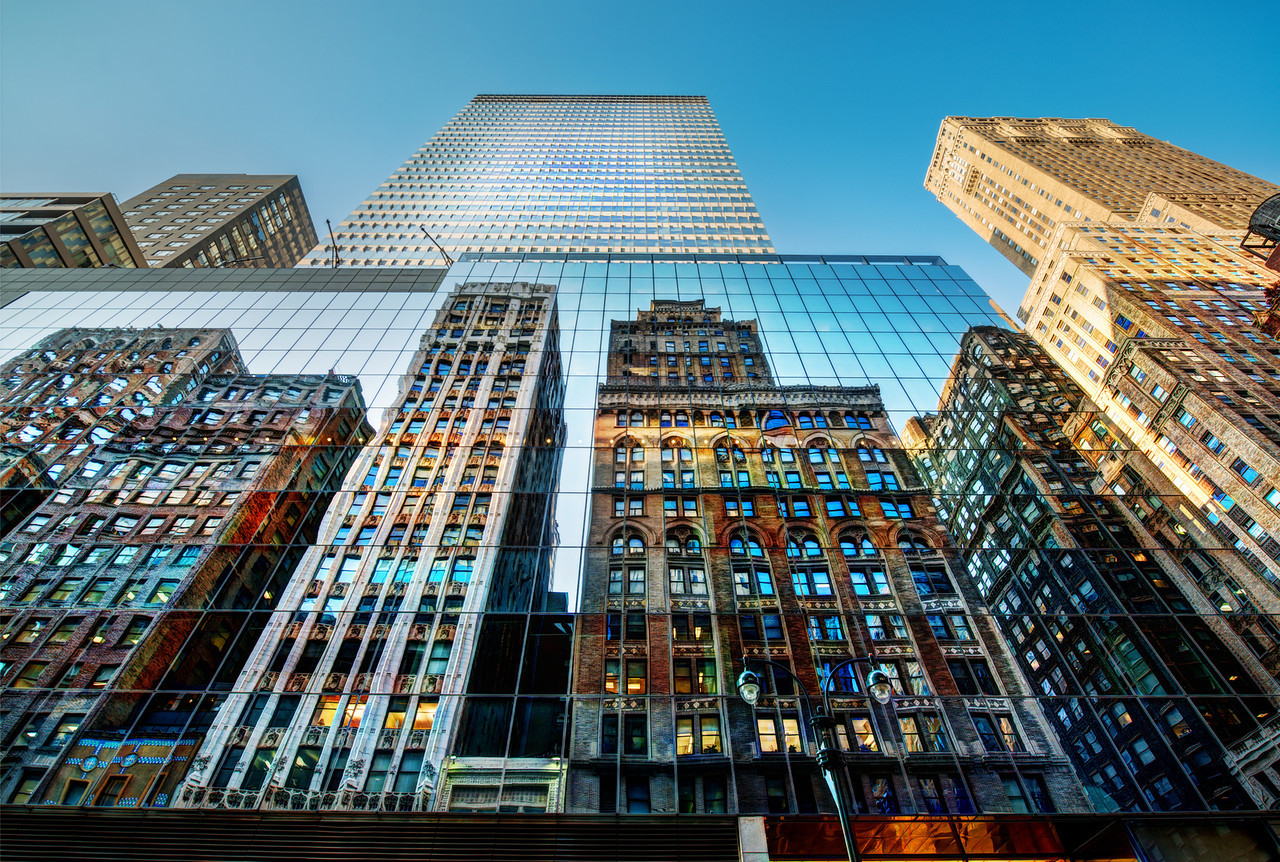 Ratcliff was born blind in one eye and explains using HDR allows him to portray the world in the way he always saw it.

“It’s hard to be objective about the way one’s brain was wired. My background is in computer science and math, so I bring an algorithm-like process to capturing the scene in such a way that it evokes memories in a palpable manner.”

Once representing Getty Images, Ratcliff has had his work featured by BBC, ABC, FOX, CBS, and NBC.