Most people tend to think of tripods as being a “unit.” In reality, most full-sized tripods can be purchased as two parts: the legs and the head. These parts may come in various configurations so that you can customize the tripod that best suits your style of shooting, your budget, and even your height!

You’ll want a much smaller, lighter weight tripod for hiking than for studio work. You’ll need a sturdier tripod for star trails or timelapse images than for simple landscapes. You may need a more flexible tripod in confined spaces than if you always shoot in wide open areas.

1. Flip levers. Simply flip the lever to the open position, extend the segment as far as you want it to go, then flip it back to the locked position. Flip levers are popular and handy because they are reliable and can be operated with one hand.

2. Twist-locks. In essence, you twist two leg segments against one another. One direction releases the segments so they can be extended or collapsed, the other direction locks the segments from moving. Twist locks have a low profile and won’t catch on loose clothing or camera straps but require two hands to operate. Lower quality ones are very prone to sticking, freezing up or even breaking.

3. Thumb screws. Far less common than the other two options, thumb screws are literally screws with oversized heads that can be loosened and tightened without tools. They are low-tech and very reliable. 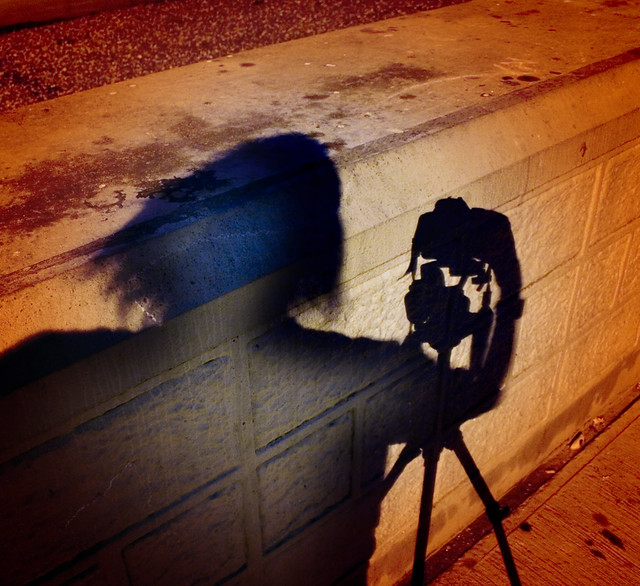 “Photographer, Camera and Tripod: Shadow Self Portrait, Spirit Within” captured by Dominic Alves

As a very broad generalization, expect to spend no less than $100 on a new, full-sized tripod. Some may go into the multiple hundreds of dollars. Bear in mind also the old adage that “the best tripod is the one you have with you”. This means that even the best tripod ever made does you no good if you don’t carry it with you and even a flimsy lightweight tripod is usually better than hand-holding your camera. So get one that suits your needs, your budget, and style of shooting.