I’m not one for surf lingo, but there is nothing to say about this video other than,”Sick!” This is what happens when one little boy who dreams of being a professional surfer grows up to be a professional motocross legend instead. This is Pipe Dream, the video of Robbie Maddison’s incredible feat of riding Tahiti’s powerful waves on his motorbike:

Pipe Dream is the product of three years’ testing and hundreds of spills. But after all the hard work, Robbie “Maddo” Maddison, celebrated X Games medalist and world record holding motocrosser, can definitely say he was the first to surf the big waves on a dirt bike. 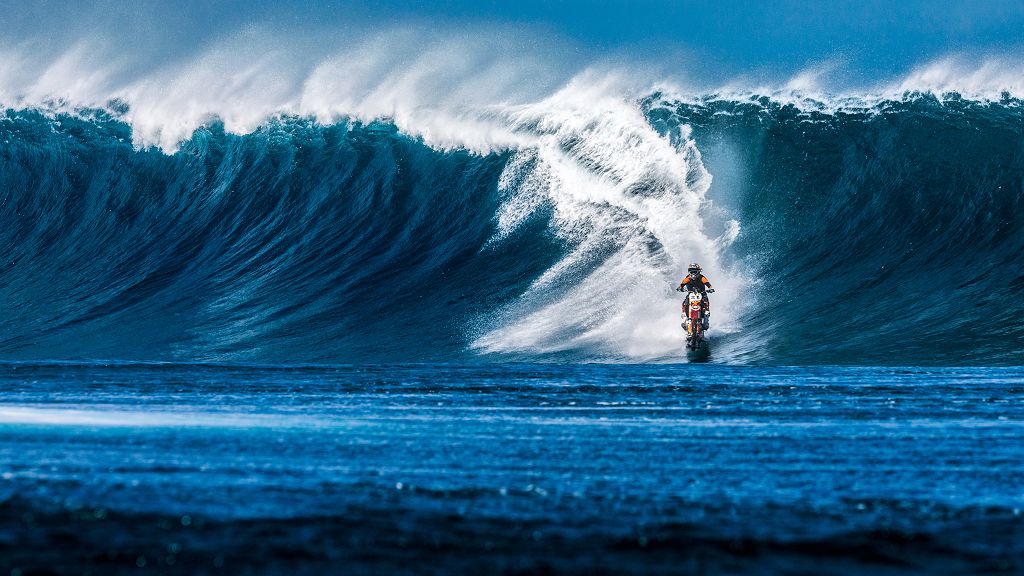 In April 2015, Maddo rode the world famous waves at Teahupo’o and Papara in Tahiti. Dressed in full-on motocross gear, Maddo flies across the crystal clear water on a modified KTM 300 bike, stunning onlookers and battling some of the world’s most dangerous waves. The footage is unbelievable.

Of course, several lucky and very talented photographers, like Garth Milan, Deven Stephens, Tim McKenna, and Mike Blabac, were on the scene to capture stills.

I apologize if I go nuts this week with @robbiemaddison posts but I can't help it! Been sitting on these pics for way too long and I am so excited to show the world what my man Maddo accomplished in #tahiti for @dc_moto #DCPipeDream @redbull @themediumcg #waterbike#trustthebum @customslr @fstopgear @borrowlenses

If you want to find out more, there’s another video coming that will be sure to blow your minds again. Check out the trailer:

Behind the Dream, a behind the scenes video about the making of Pipe Dream will be hitting YouTube soon.