Dominant Space in Photography: How to Direct Attention

We’ve all heard about foreground and background. Generally the foreground is where you find the main subject. The background is, well . . . in the back. It’s just back behind everything else, right?

Wrong! The background is just as important and in some cases even more important than the subject itself. How is that even possible you ask?

Take for example a picture of a car. If it was shot in a studio, the background could be entirely blank. That would make the car very important in the shot. If you shot that same car in the middle of a parking lot while it was full of other cars, your car becomes almost insignificant. (Unless there was something unique about it, like it was red and all the other cars were blue.) Now take it one step further, imagine your car on the racetrack with two or three other cars, but it is clearly in the lead. The car is again important, but not all by itself. Now it becomes a key element in a much bigger shot—the race.

What is dominant space?

I define dominant space as the environment that most compliments your subject. Taking a picture of a young lady in a string bikini sitting on your couch just doesn’t have the same impact as her coming out of the crashing waves with the sun reflecting off her golden hair and water glistening off her beautiful . . . well, you get the idea. Dominant space means that there is no such thing as “just a background.” While the image you take may or may not fill the entire viewfinder, whatever is not the subject must support the subject.

Too often people will snap a shot of a cute baby, or cute puppy, or a cute anything and totally ignore what is around the subject. Yes, the baby may be cute, but do you really want that dirty diaper sitting in the corner to be noticeable? Now obviously, you are not going to set up every single shot you ever take; however, there are three simple things you can do that will greatly enhance your everyday shots.

The first thing is actually the easiest. As Robert Capa once said, “If your pictures aren’t good enough, you’re not close enough.” Move in closer to your subject. You can either do this physically or with a zoom lens. Fill the frame even tighter. A good rule of thumb is: Whatever doesn’t add to the shot distracts. Eliminate ALL distractions. 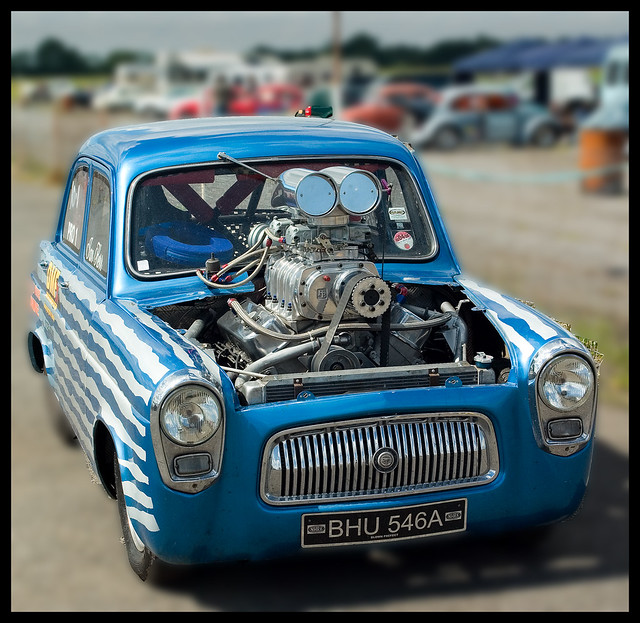 2. Use a Narrow Depth of Field

The second creative option is use a very narrow depth of field. What this means is that you set your camera so it only has a limited amount of every shot in focus, usually from say 6 to 12 inches. Some people have the mistaken idea that this is limiting what type of shots you can take. Au contraire, my friend. Now when you take a picture of the baby, the baby is all you notice, because everything else has gone to a blurry, soft focus. Even if baby is really cute right beside the garbage can he or she just knocked over, you can still get a really nice shot.

The third option that is simpler than staging every single shot is to change your perspective. By your perspective, I mean you the photographer, not the subject. In most cases you have at least 360 degrees to choose from. While the baby might look cute right beside the garbage can, that’s only if you shoot him from the right. What happens when you take one step to the left? Now maybe you only see cabinets behind the little one. Hey, it may not be as cool as a bright grassy field, but it still looks a lot nicer than a pile of garbage in the background. 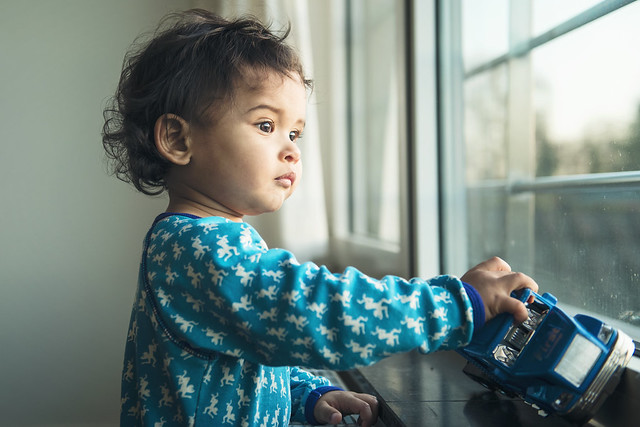 Being aware of the dominant space means that when you look into that viewfinder you look at every detail from edge to edge. Never take a picture of just a car or just a baby; take the time to put it all together. Watch out for the things that distract, sure (obviously you don’t want a telephone line coming out someone’s ear), but more importantly look for the things that actually support the shot. By looking at the whole picture—visualizing the entire canvas—you go from snapshots to photographs to works of art. The choice is yours.

2 responses to “Dominant Space in Photography: How to Direct Attention”