Amazing Photos of a Total Cloud Inversion at the Grand Canyon

As a photographer and a person who loves science, natural phenomena images are among my favorite subjects. I can’t express enough the feeling I get when I see pictures like these:

It’s not every day you get to see clouds coming and going from below you as if they were the ocean during ebb and flow. This phenomenon, caused by a rare temperature inversion, occurred at Grand Canyon National Park on December 11, 2014. 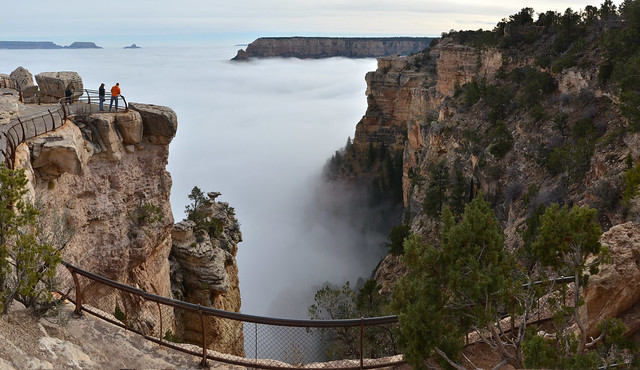 Total cloud inversion as seen from Mather Point on the South Rim of Grand Canyon National Park. Photo by Michael Quinn. (Via Flickr) 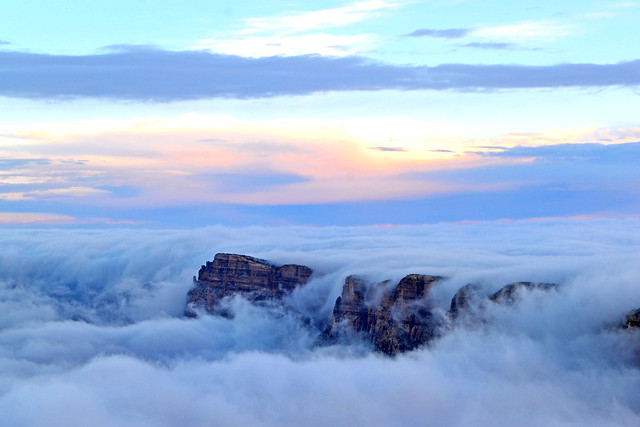 Luckily, photographers Michael Quinn and Maci MacPherson were on scene with their cameras primed and ready to capture the event.