Interesting Photo of the Day: Two Sides of a Neon Sign

When composing an image, we always emphasize trying out different perspectives. How you view what’s in front of you makes a world of a difference. Take for instance the following image taken by Reddit user viciousdv. The photograph is of the Pepsi-Cola neon sign in Long Island City, New York. While everyone is used to seeing it from the front, the photographer made it really stand out by photographing it from the side: 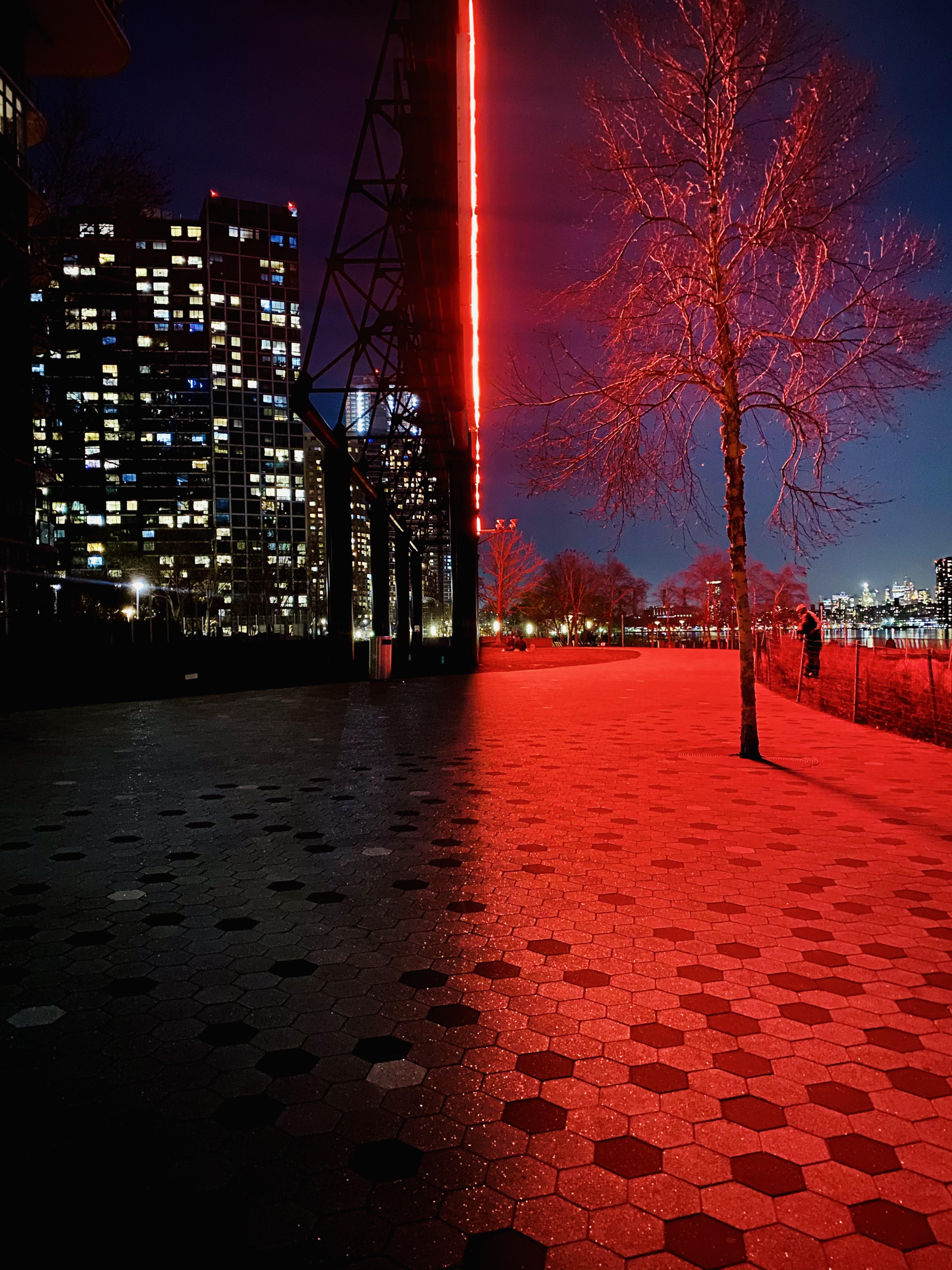 “The glow was so magnetic I almost felt forced to take a photograph.”

Many might confuse the light source to be some sort of a strip light while in fact, it is a huge Pepi-Cola sign which has become a landmark in Long Island City. Thanks to the photographer’s witty perspective, it appears so slim—almost like a lightsaber.

The first thing you notice in the image is the stark contrast that he’s captured. There’s a contrast not just in terms of lighting and colors, but other aspects as well. While the left side of the image appears dark and cold, the right appears brighter and warmer. To us it looks as if the single tree on the right is standing against the concrete jungle on the left. And interestingly, the way the skyline ends right behind the neon sign, it almost looks like the buildings have been destroyed by some kind of force.

And then there are the dark and light hexagonal patterns of the tiles on the ground. They really make up for an interesting foreground element while giving a sci-fi vibe to the image.

What do you think of this image? Let us know in the comments.

One response to “Interesting Photo of the Day: Two Sides of a Neon Sign”