The Tre Cime di Lavaredo comprises three distinctive peaks in the Sexten Dolomites of northeastern Italy and are one of the best-known mountain groups in the Alps. Besides being a natural marvel, the place is also a historically important one, because the front line between Italy and Austria during the First World War ran through the Tre Cime peaks. So visitors can still see a number of bunkers, fortifications, tunnels and commemorative plaques around the area. Photographer Alex Armitage took the following image of the peaks during a fine sunset and it is simply spectacular: 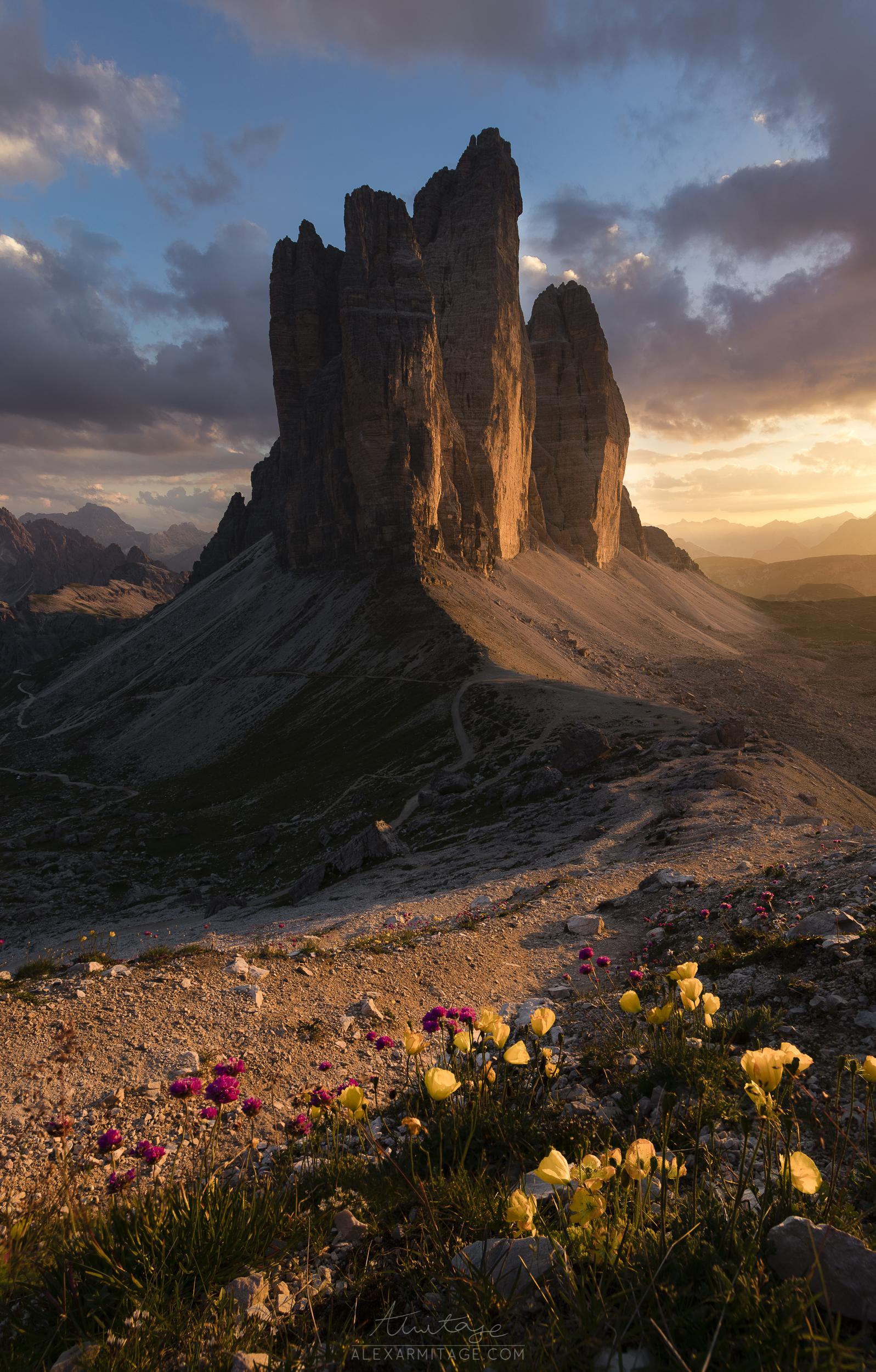 The striking feature of the image has to be the amazing colors and depth that he’s captured in the image. The flowers work beautifully as a foreground element and the hiking trail works as a natural leading line, drawing us right toward the peaks. And you can really see the magic that the setting sun casts on the peaks. The golden glow of the sunlit portion of the peaks dramatically contrasts the darker side. This adds a beautiful contrast in the colors.

Also, if you zoom into the image, you can see people the size of ants right near the base of the peaks. This gives a fantastic scale of how big the structure is in reality.

Working with Flash Photography in Daylight

Going the Extra Mile For a Great Photo