Imagine you’re driving a train and need to stop at a red light. What would you do? Probably wait patiently for the light to change, right? But a photographer and engineer who goes by the name of Reverser Mover had a different idea. He decided to get down, set his lights up, and take a long exposure photograph of the train: 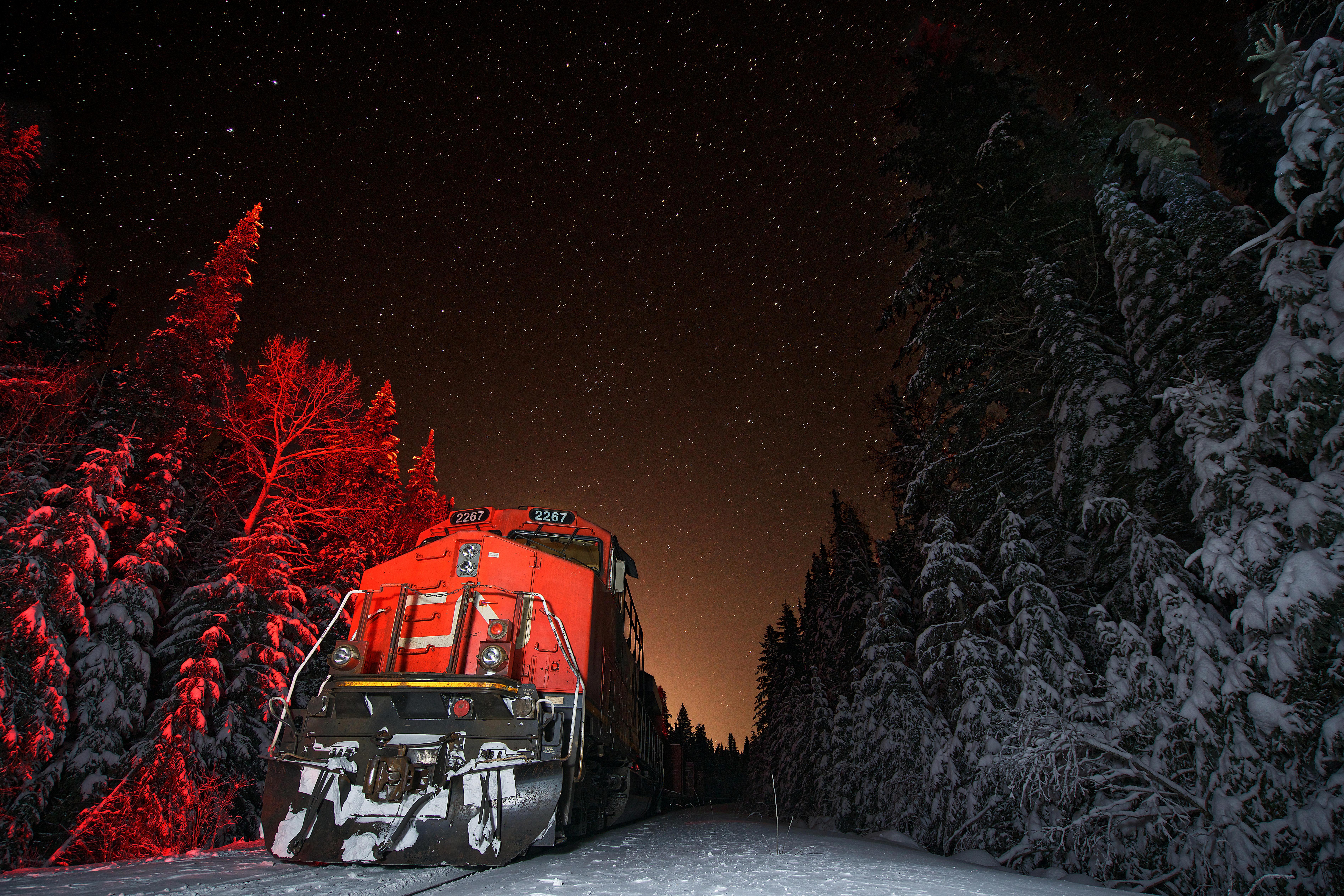 The image is a 30-second exposure taken with a 16mm lens at f/4 and ISO 800. He also shot a flash through an umbrella to light up the train.

What’s really interesting about the image is the difference in tonality between the left and the right side. While the left side of the image glows red due to the stop light, the right side appears flat. The long exposure has caused the distant city lights to appear on the horizon which acts as a divider between these two tonalities.