Certain shots and aspects of photography require extreme bravery, experience, and skill to pull off successfully. Wildlife can be unpredictable and often dangerous. In order to properly capture the wild nature of animals, the photographer must get up close and personal to observe them in their natural habitat doing what they do on any given day. Obviously, this requires entering their domain and it should be respected as such. So what do you do when a shark with 50 exposed razor sharp teeth comes at you? 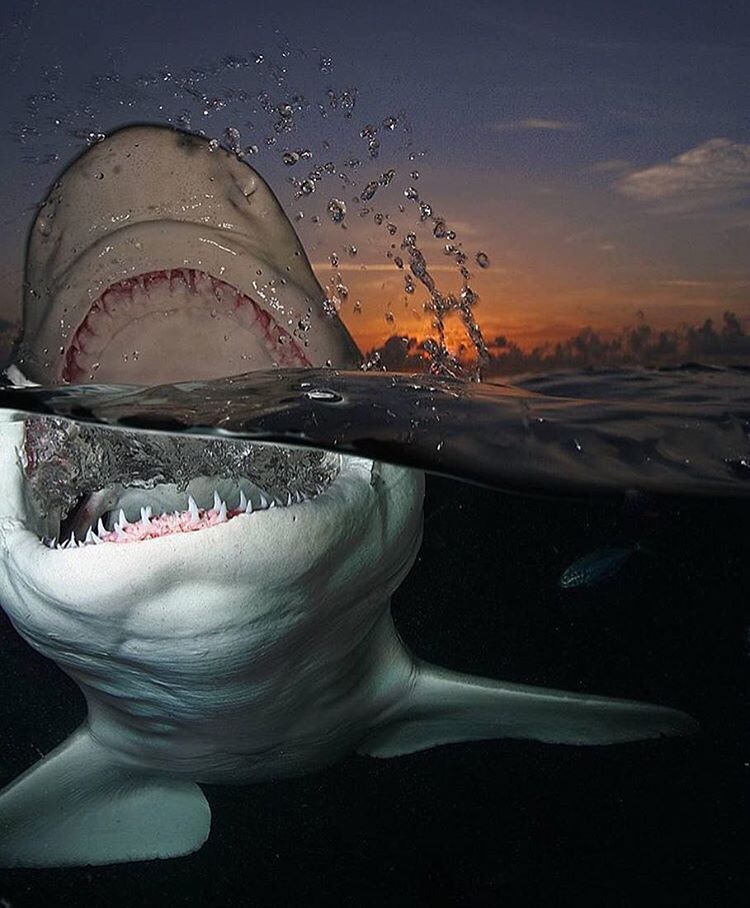 Underwater photographer Jim Abernethy captured this image along with many others in his portfolio of sharks and other ocean life. He began scuba diving at a young age and realized through his expeditions that sharks aren’t the animals that the general public make them out to be. With his photography, he hopes to show the side of sharks that often goes unseen. Throughout his work, Abernethy hasn’t used a cage—whether it’s day or night! His efforts have converted many divers to appreciate sharks and other ocean wildlife in an attempt to conserve their population and maintain their presence in the ocean. In order to do so, he continues to create stunning images such as this one and inform the public about his efforts to do so.

One response to “Interesting Photo of the Day: Thrilling Shark Encounter”