Interesting Photo of the Day: Sun Spot Through a Solar Telescope

Life as we know it would never be possible without the sun. It’s the most important source of energy and influences almost every natural phenomena in our solar system. Although it merely appears as a bright white dot in our sky, there’s obviously much more to it. The sun is basically a giant fusion reactor with powerful explosions occurring every second. Astro-photographer Ray Khorasani took the following image of the sun displaying sunspot 2765, and it’s absolutely breathtaking: 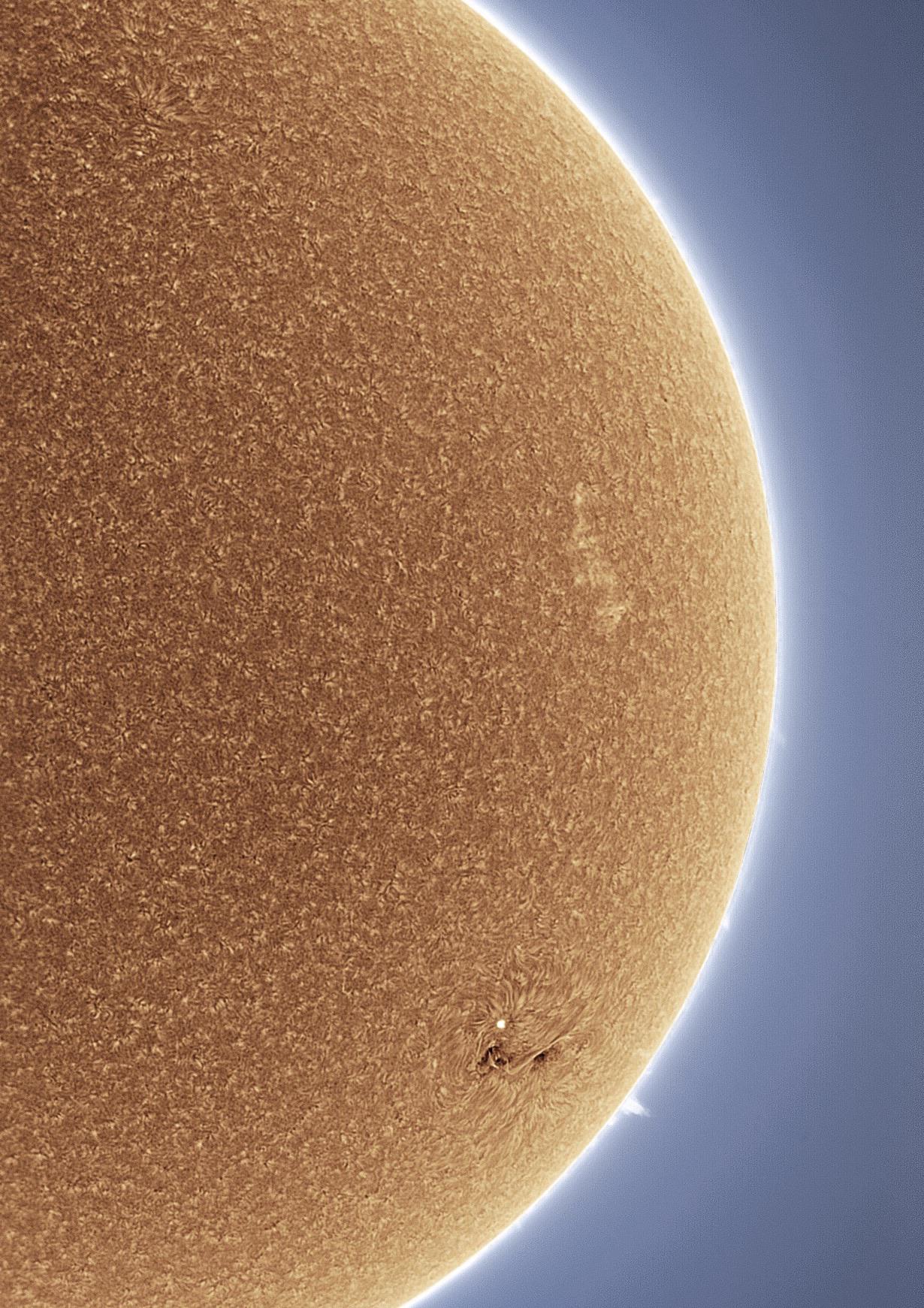 Quite interestingly, in this image, the sun appears so different from what we might expect. You might confuse it for an image of pollen, or a grain of sand, or even a sperm fusing with an egg taken with a microscope. To some extent, it even appears like a computer generated image (CGI).

The photographer has captured an excellent image with fantastic surface details that gives a sense of how tumultuous it must be up there. And amidst the fiery surface, we can see the sunspot which appears as a mere little dent on the sun. But in reality, it could be big enough to fit in at least a couple of earths in there.

“I would describe the sunspot as a monster. I mean it is really huge even visually.”

What do you think of this image?