Interesting Photo of the Day: Steel Wool Long Exposure with a 360 Camera 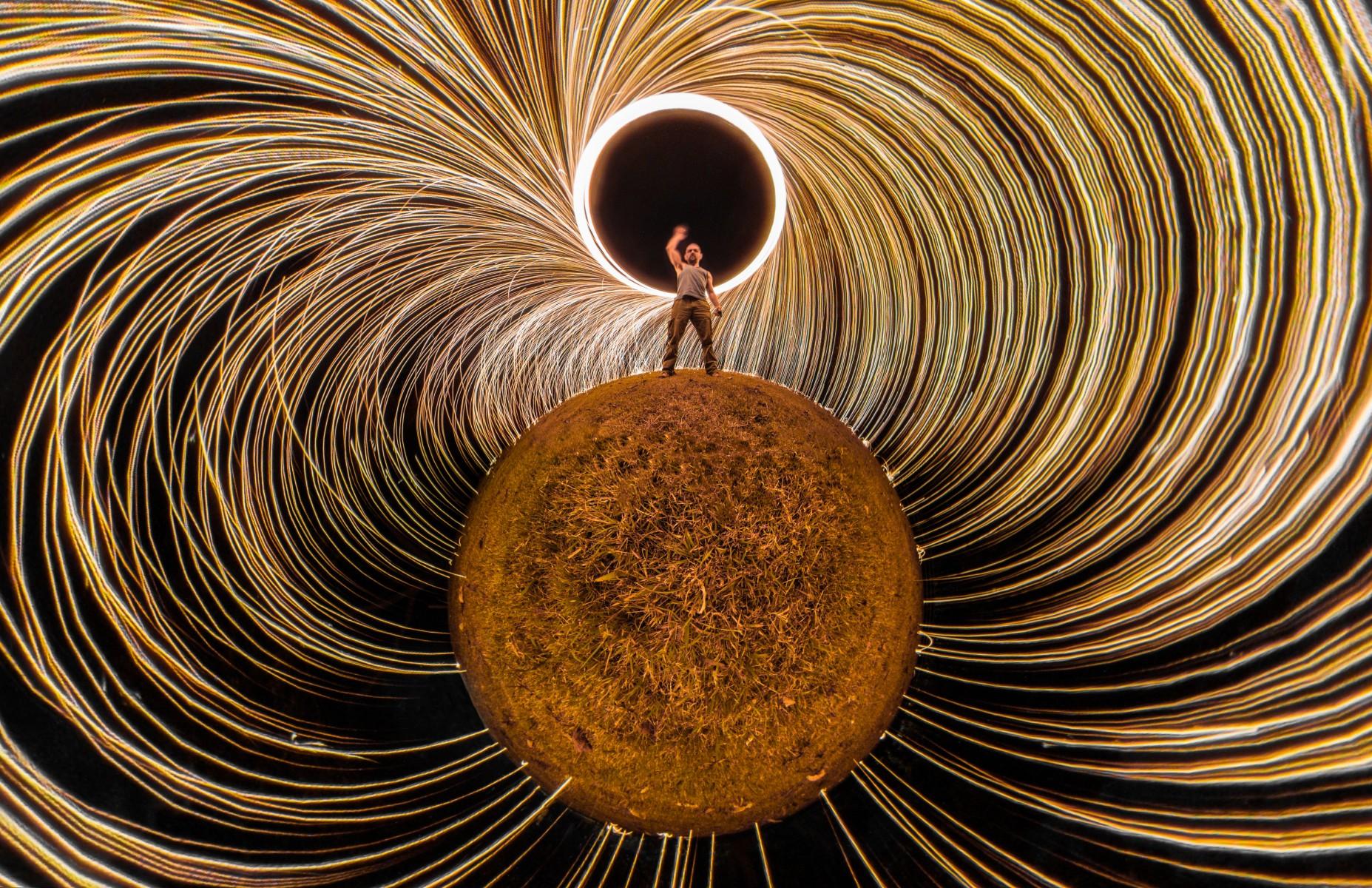 Evans placed his Insta360 ONE camera on the ground about 2 meters away from him and set it to a 15 second countdown timer, allowing him to find himself a good position and have the steel wool burning by the time the shutter released. To capture the streaks, he used a 20 second exposure. He later distorted the image in “Insta360 Studio” to produce the tiny planet effect.

The tiny planet effect has added a unique look to the image. While some viewers see the sun god standing on the sun, it can also be interpreted as a black hole sucking a star into it. How do you interpret this image?