How often do you come across scenery that looks like it comes straight out of a fairy tale? When nature changes her appearance, sometimes even the most mundane locations can transform into paradise. Take the following image that photographer Scoots took from Fitch’s bridge in Groton. The location appears purely magical: 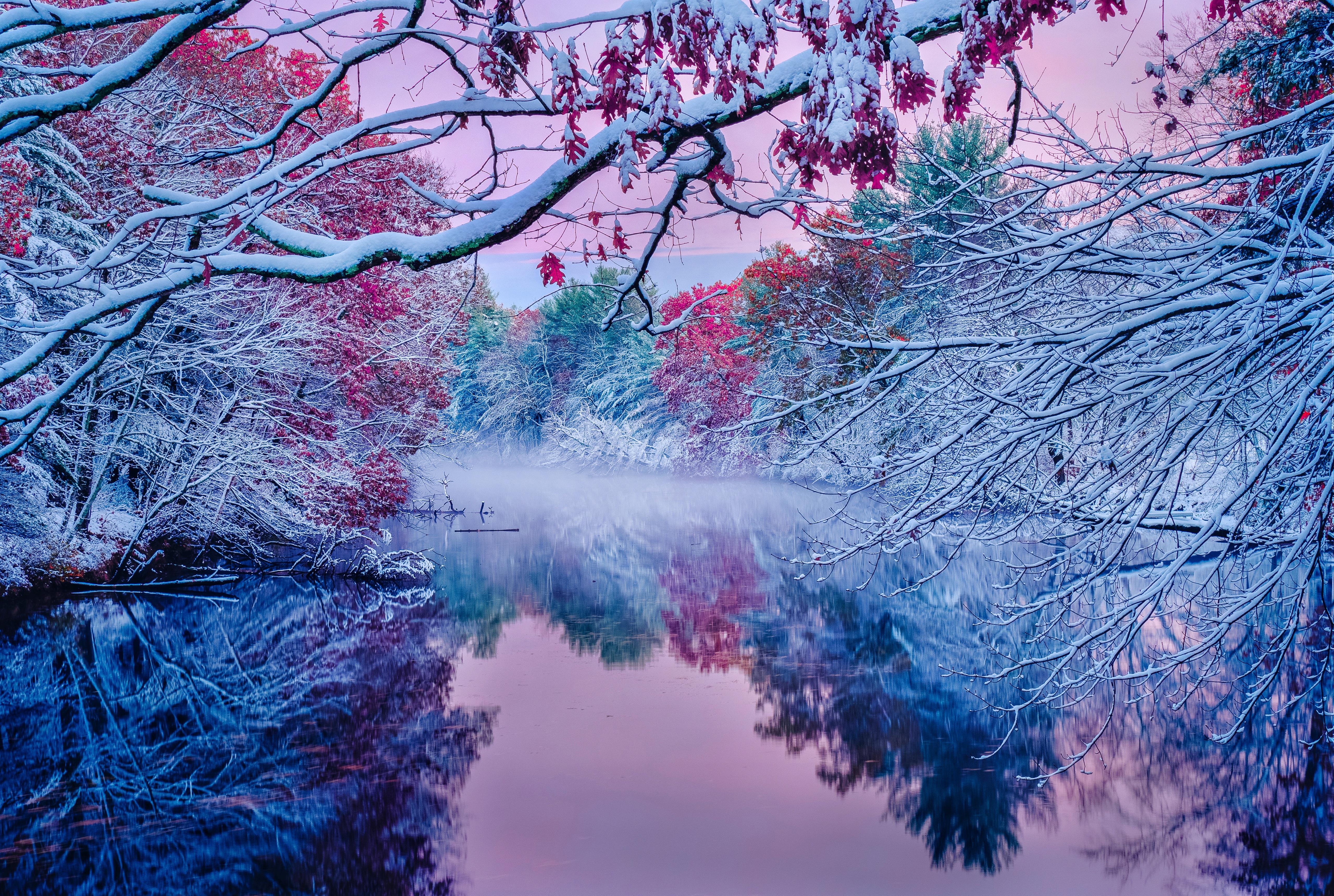 Scoots shot on a Lumix G9 while driving around aimlessly trying to find a location to photograph during sunset. Thanks to an abrupt snowfall that had occurred the day before, the conditions were perfect to capture this fairy tale photograph.

“The whole day was magic. Still air and soft snow coming down on some lovely color. It didn’t feel real at all.”

The best thing about this image is the beautiful combination of early snow and foliage still hanging on.  And as it wasn’t cold enough to freeze the river, Scoots was able to capture the reflection of the foliage and the beautiful sky as well. With such ideal photography conditions, it was really like Mother Nature smiled down on him.

The branches half-covered in snow hint at what happened the previous day, indicating the oncoming winter. And the beautiful mist just above the water adds so much drama and mystery to the image. The color palette is also noteworthy: the color of the leaves, the snow, the sky and its reflection all make it appear like a painting.

Some images leave you speechless, and this definitely has to be one of them. Have you ever come across such a surreal location? Feel free to share your experiences.