Being able to send living beings and even robots to space is one of the greatest achievements of humankind. SpaceX’s reusable rockets have further pushed the limits of our technological achievements to another level. While the technologies and advancements are brilliant in themselves, the launch events are equally beautiful. Have a look at the following image captured by photographer Jordan Siroke: 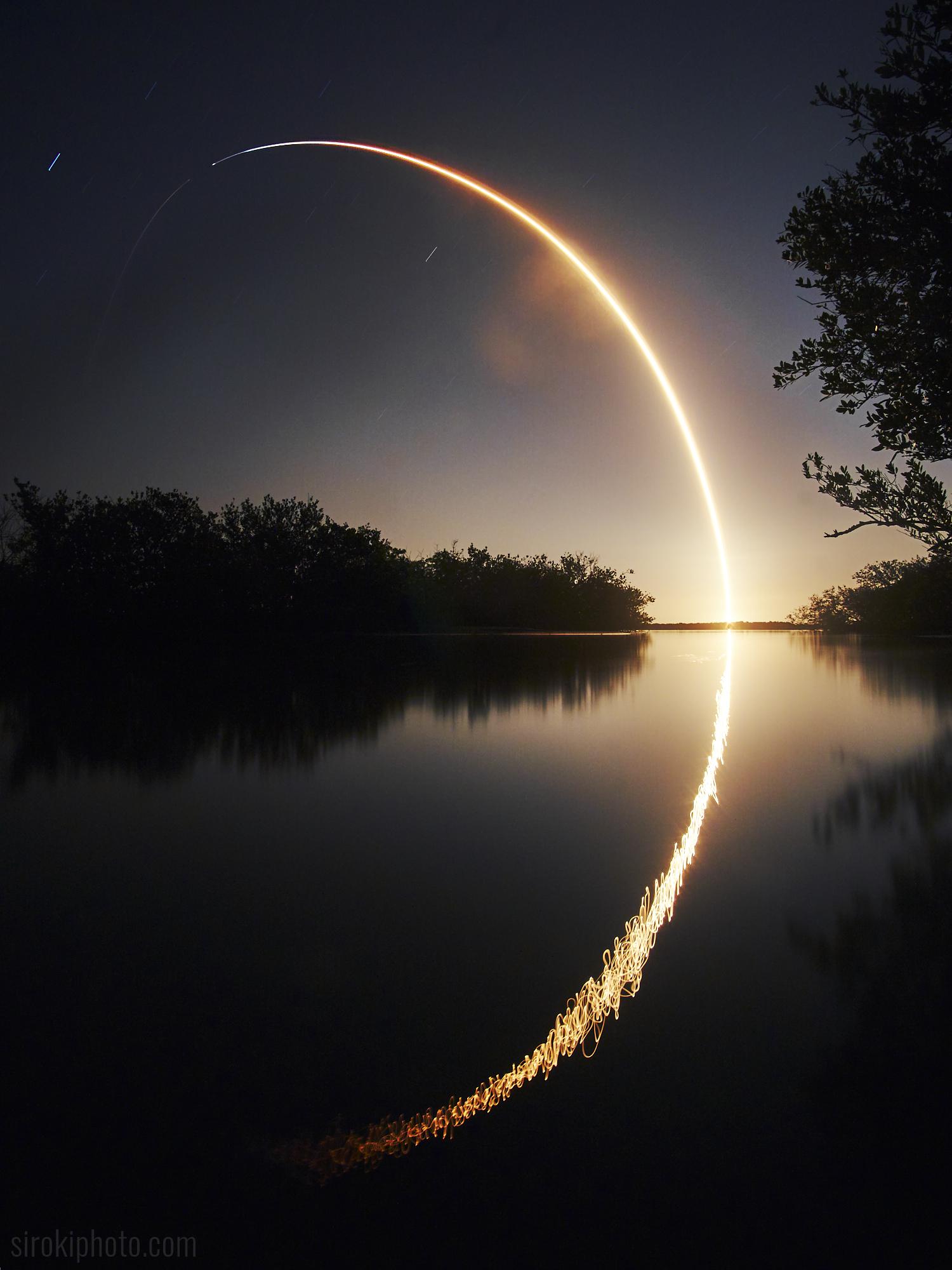 The image is of SpaceX’s Falcon 9, which launched NASA’s IXPE x-ray observatory. This image is a five-minute-long exposure that Siroke shot with a Sony Alpha a6500 camera and Rokinon 12mm f/2 lens at f/11 and ISO 100. He shot it along the Indian River Lagoon, north of Cape Canaveral, Florida.

“The conditions were ripe for the reflection, with absolutely no moonlight or ambient light, as well as no wind. The intermittent ripples made by wildlife were discrete enough to create the lines in the water, instead of interacting into a blur.”

One of the most interesting parts about this image is the reflection of the trail on the lagoon. As Siroke explains, the gentle ripples caused by wildlife were enough to create squiggly textures on the water. Thanks to this, we can notice a sort of imbalance within the symmetry.

It’s also worth appreciating how he framed the flight right between the vegetation. The natural frame works perfectly for this shot.

Have you been lucky enough to witness a rocket launch like this?