Rarely do we plan to photograph sports at night using long exposures. But when you have a sense of adventure along with a creative eye, you can do it. And as you see below, the result is really something. Photographer and rock climber Luke Rasmussen likes to experiment with long exposure photography while he climbs up rocks and walls: 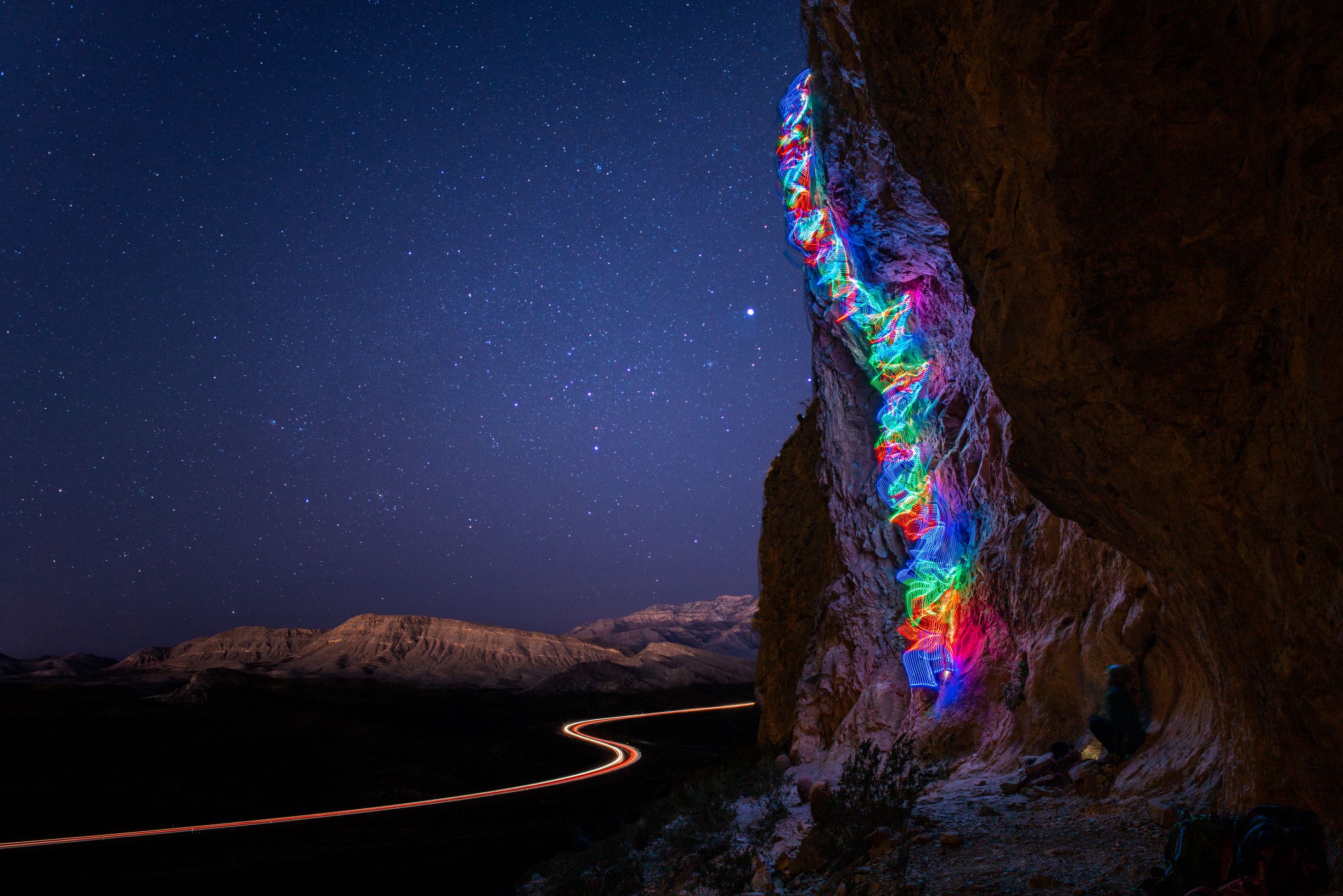 The image is a composite of three shots. Rasmussen took a 92-second exposure at f/11 while he climbed up. And for the stars and the mountains, he took a 10-second exposure. Since there were no cars passing by while he was climbing, he grabbed a shot of the road from another frame where the climb didn’t look as good.

“I try to climb as quickly and smoothly as possible to get the effect that I’m going for. It helps that I’ve been rock climbing for a very long time.”

And if you’ve been wondering how he managed to get the light trails on the rocks, he wore some LED strips, which you can easily buy off of Amazon. Although they are a cheap solution, the effect that Rasmussen has achieved is simply mind-blowing. The way the lights play off the wall is lovely. While adding a colorful effect, they also beautifully highlight the features of the rocks.