Interesting Photo of the Day: Reaching for the Stars

Doesn’t it sound really lovely when somebody says they’d bring you the stars if they could? Even if it’s not exactly possible, when you’re creative and imaginative enough, you’re just about able to do anything. Have a look at the following image taken by photographer Garcy Cummins. It really looks like someone is off to steal a star from the Milky Way: 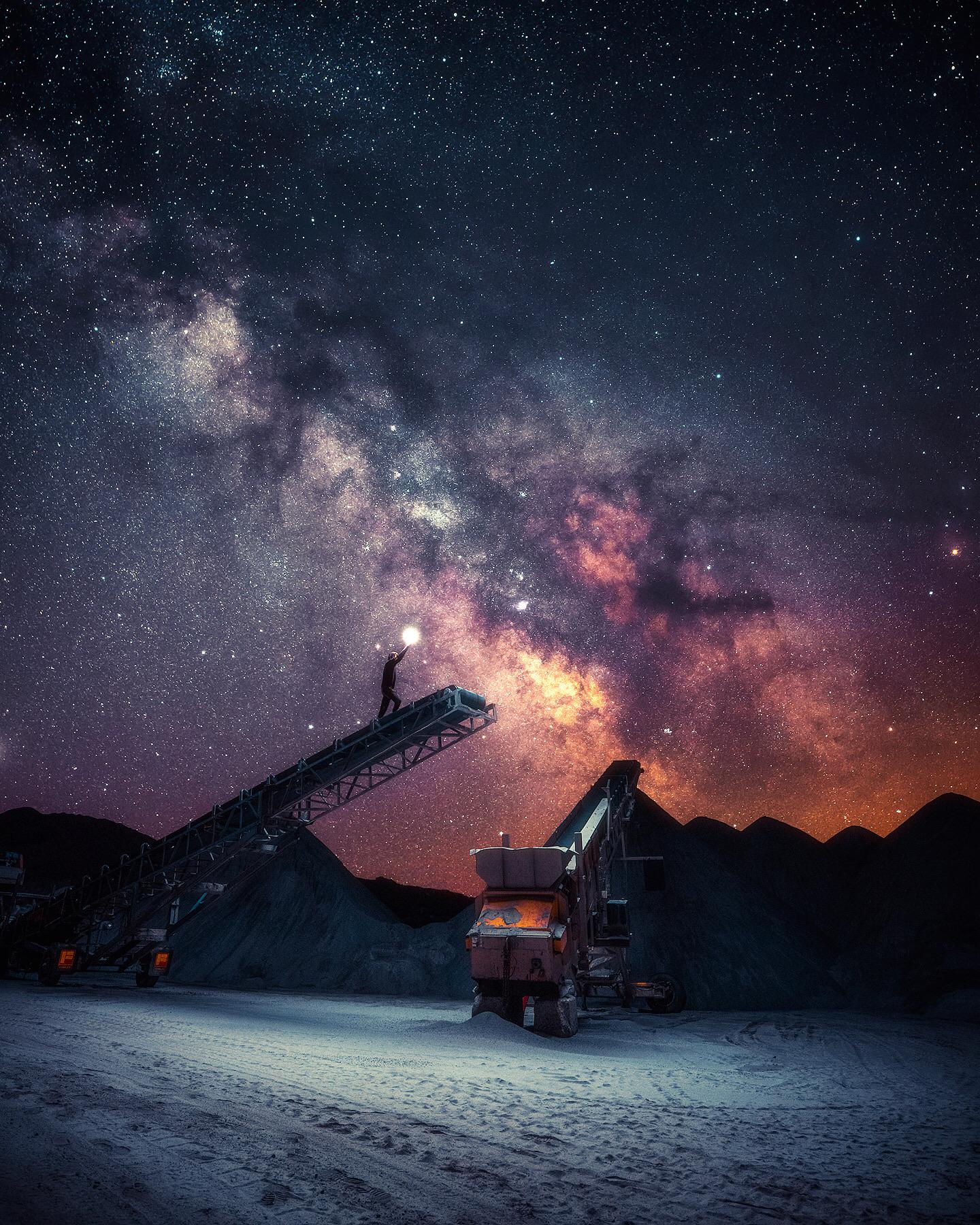 Cummins took the image with his Nikon D850 and Tamron 15-30mmm f/2.8 lens. The photo is actually a composite of three different images. For the sky, he did a 200-second exposure using a sky tracker. Then, he took a 20-second exposure for the foreground and illuminated it using his drone. And finally, he took another 20-second exposure of his friend atop the conveyer with a flash that he fired at the end of the exposure.

If you notice, the color palette of the image is absolutely fantastic. The vibrant Milky Way contrasts beautifully with the foreground that appears relatively bland. This also makes the image feel as if it was taken from some foreign planet – or may be the moon even?

Compositional Keys and Tips in Photography

How to Build Your Brand as a Photographer

Interesting Photo of the Day: Music in Darkness

Interesting Photo of the Day: Are These Shooting Stars or Satellites?