In the constellation Cygnus lies an emission nebula whose gaseous contortions resemble a pelican. Aptly, this formation is called the Pelican Nebula, and researchers are fascinated by its active mix of star formations and evolving gas clouds. Due to the continuous changes the gaseous body goes through, after a few million years, the name will no longer be relevant. But in the meantime, it works. Astrophotographer Joels Fallon took the following incredible image of the Pelican Nebula, which clearly shows how the universe is no less than a work of art: 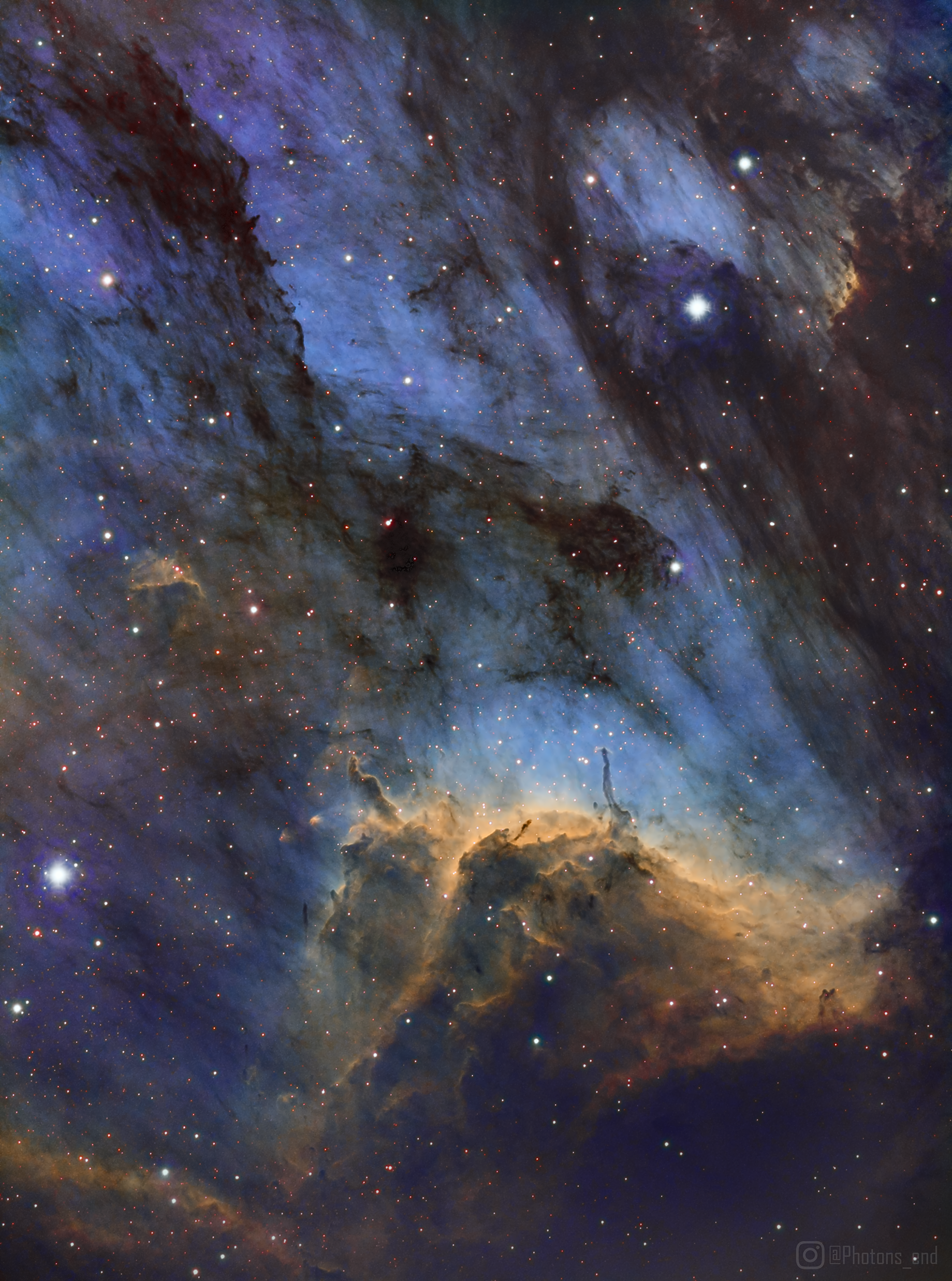 If you’re into astrophotography, here’s what he used to photograph this brilliant photograph: a SkyWatcher 190MN, Sky-Watcher EQ6r-pro, ZWO 1600MM-pro, ZWO ASI290-MM, ZWO EFW and ZWO filters, ZWO OAG with ZWO helical focuser and a self-made ZWO EAF Moonlite CR2 adapter. We don’t pretend to know what all those are, but professionals and true enthusiasts should appreciate the in-depth knowledge.

Further, the image is a composite of 330 exposures, each exposure being 180 seconds, thereby totaling 16.5 hours of exposure time. From this data itself, you can imagine the amount of hard work and patience Fallon put into making this image. And it seems everything has paid off handsomely.

“Not only are stars bathing the nebula in ionizing radiation, causing different elements to glow like a neon sign, but some are also tearing it apart with their narrows stellar jets, called Herbig-Haro objects. A super interesting target.”

It’s truly mesmerizing how he has captured such a detailed photograph from the comfort of his garden. The number of stars that we can see here is beyond comprehension. This makes us wonder further about the vastness of our universe.

What do you have to say about this image?

One response to “Interesting Photo of the Day: Pelican Nebula”