Peggy’s Point Lighthouse, also popular as Peggy’s Cove Lighthouse is one of the most photographed and recognized light houses. Located within Peggy’s Cove in Canada, it is one of the busiest tourist attractions in the province. Besides tourists, we can even see a lot of photographers in the area capturing beautiful images of this iconic location. Reddit user Otherstories123 took the following image of the iconic lighthouse and its quite a surprise that there’re not many people around: 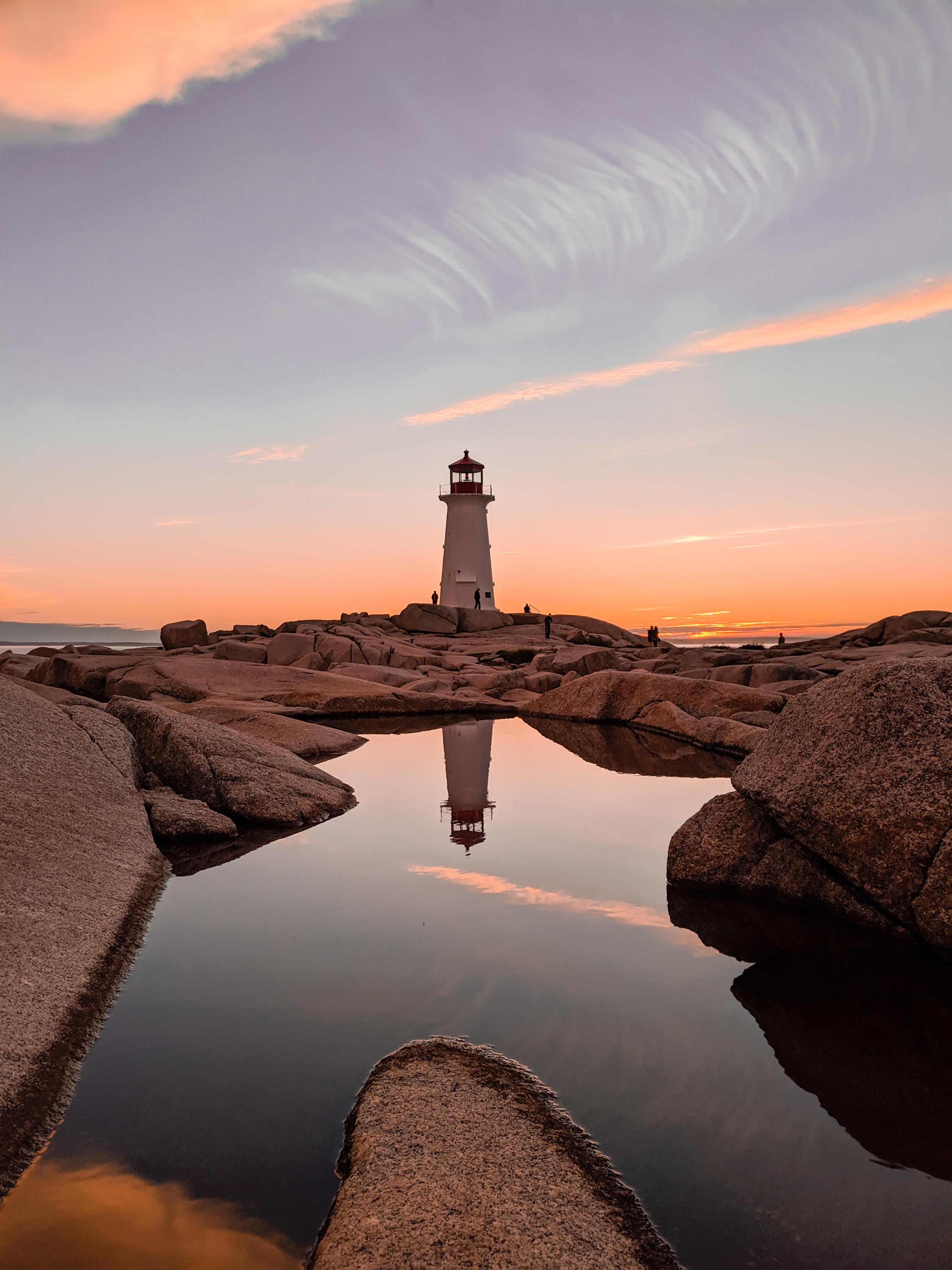 While we’re used to assuming that all brilliant images have to be taken with a proper camera setup, you might be surprised to know that this was taken with a smartphone. He used a Google Pixel 3 smartphone to take this image. He also did some minor correction later in Lightroom to fine tune the image. It’s fantastic to see how capable smartphone cameras are these days.

It’s brilliant how this image gives you a calm feeling. The warm colors, the interesting clouds, and the golden sky at the horizon work together to set such a relaxing mood to the image. Besides the beautiful colors, the way he has composed the image is another talking point of the image. The pool in the foreground does an excellent job of drawing the eyes right in to the image. The reflection of the lighthouse and the clouds above help to balance the image and adds to the calming feeling. It’s like this image makes you want to lie down on the rocks and enjoy the crisp air and forget about everything for a while.

Have you had the chance to visit Peggy’s Cove?