The Ouse Valley Viaduct, also known as the Balcombe Viaduct, carries the London-Brighton Railway Line over the River Ouse in Sussex. Thanks to the ornate design, it looks aesthetically beautiful. This is why many describe the structure as probably the most elegant viaduct in Britain. It spans around 1,600 feet in a straight line, and has over 37 identical arches. The perfect symmetry is what makes this viaduct an engineering marvel. Just have a look at this image of the place taken by photographer Rory Browne: 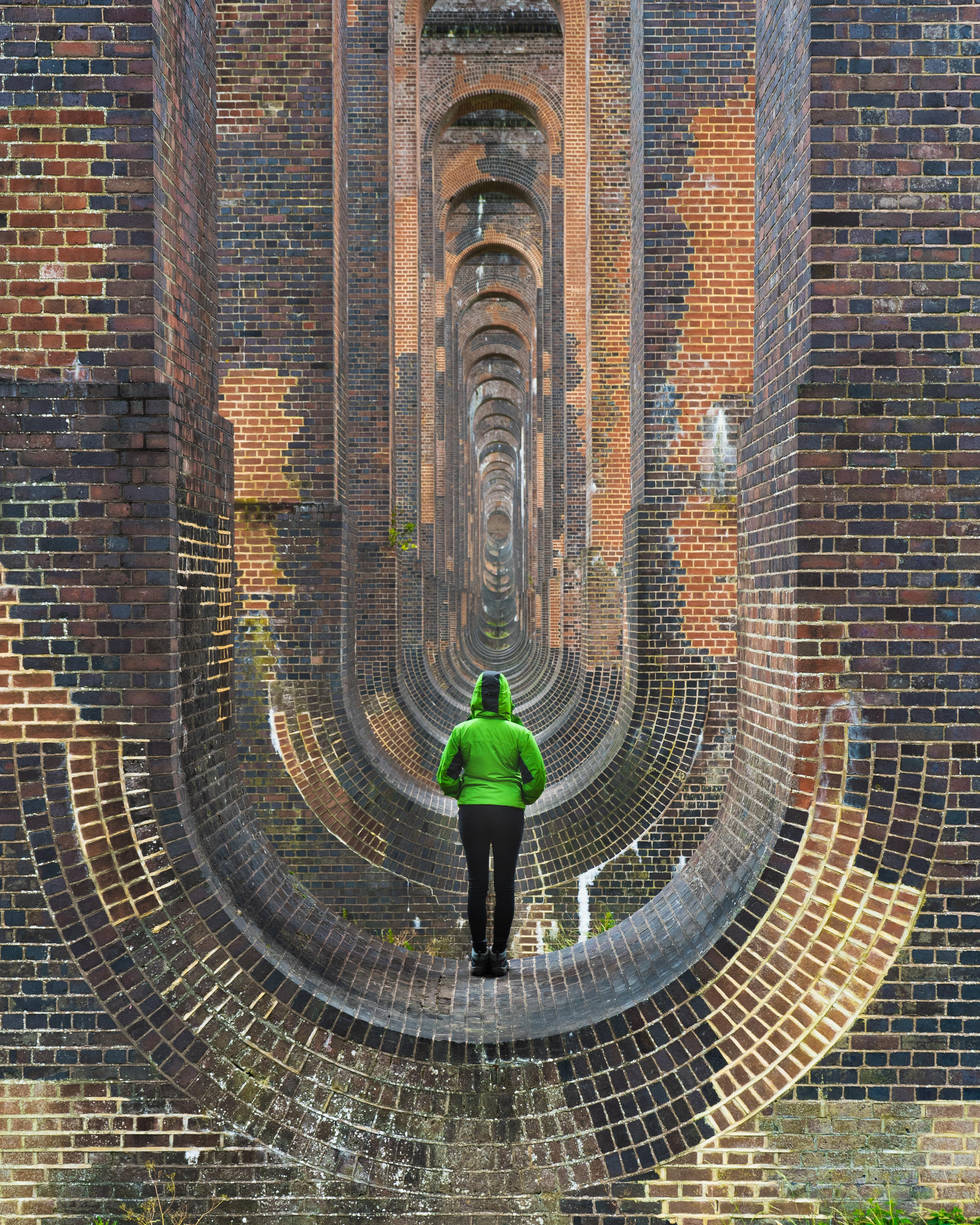 It’s really amazing how precisely this viaduct has been constructed. Everything is so symmetrical and the alignment is just perfect. Each consecutive arch naturally appears to be smaller than the previous one, which adds a great sense of depth in the image. It causes our eyes to converge at the elliptical figure right at the center.

The stacked appearance of the arches also makes it feel as if it’s a portal of some sort. Maybe the subject is thinking of jumping into it? The continuous repetition also looks like a mirror effect creating a somewhat trippy vibe.  While Browne could have just photographed the structure alone, the addition of a subject is a nice touch. The person gives a good sense of scale and makes us realize just how grand this viaduct actually is.