As a photographer, what limits are you willing to cross to get a creative angle on your shot? We often say that getting close to a subject reflects a sense of intimacy in the photograph. But how close is too close when it comes to photographing a rocket launch? NASA photographer Bill Ingalls got one of his cameras toasted while shooting Space X Falcon 9 take off: 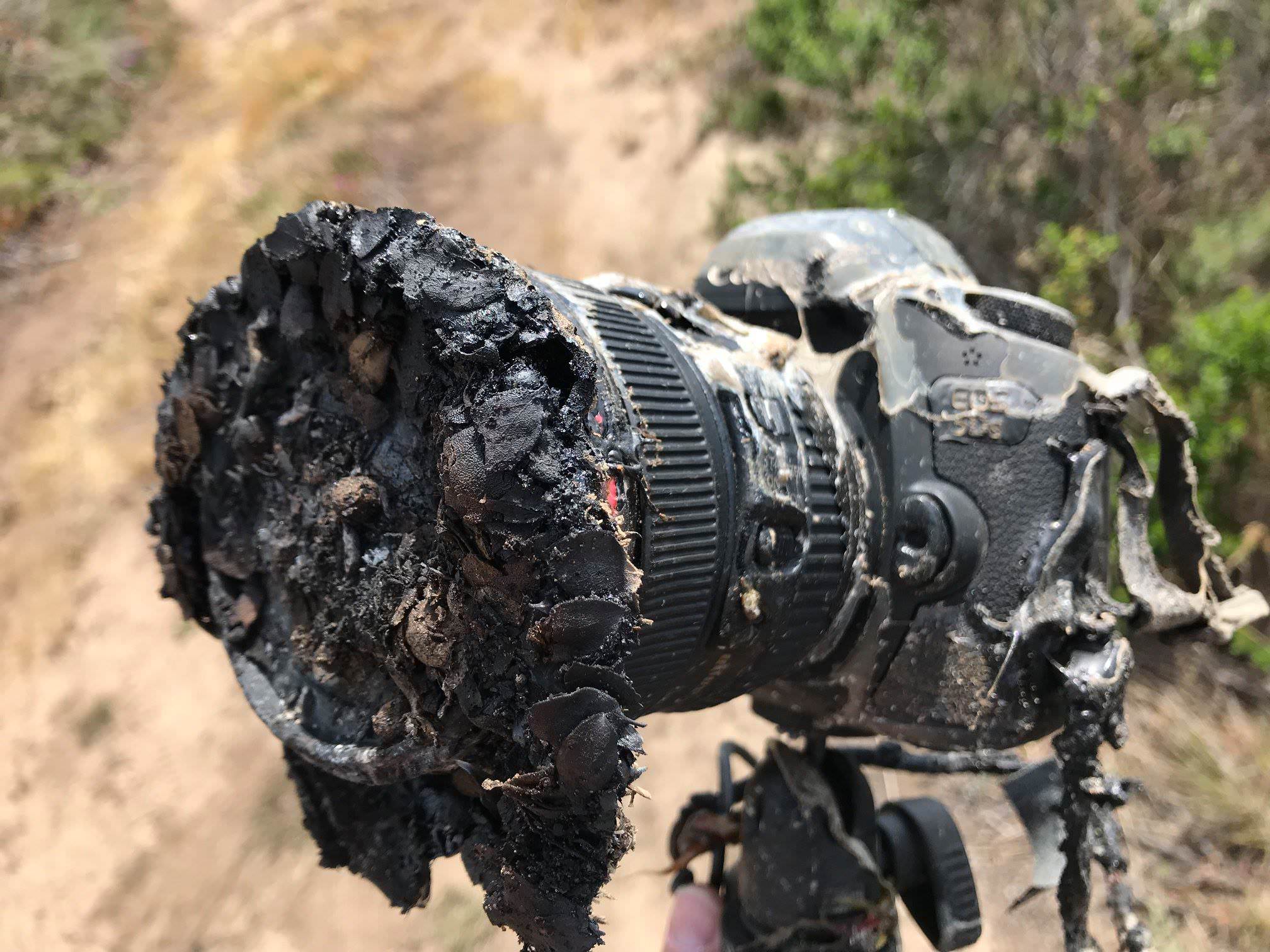 According to Ingalls, he had placed six cameras in total around the launch site to photograph the launch. Four of the six cameras were inside the launch pad safety perimeter, while two cameras were placed outside of the safety perimeter. The camera that got melted was outside of the perimeter and the incident occurred because the launch started a grass fire, which melted the camera. Although the camera sustained heavy damage, the memory card happened to survive. NASA says it will likely display the melted camera at its Washington, DC headquarters.

So the next time you’re out taking some risky shots, plan carefully. If risk is your game to play, then be sure to have your equipment insured.