Interesting Photo of the Day: Mystifying Reflection of the Sky

We sometimes come across certain photographs that seem simple at first, but get more and more confusing the more we look at them. The following image, taken by photographer Jean-Marc Buytaert, is a perfect example. At first, it appears to be the average photograph of the sky’s reflection on a lake—but if you look for more than a few seconds, you’ll find there’s much more to it than that. The perspective will leave heads spinning for sure: 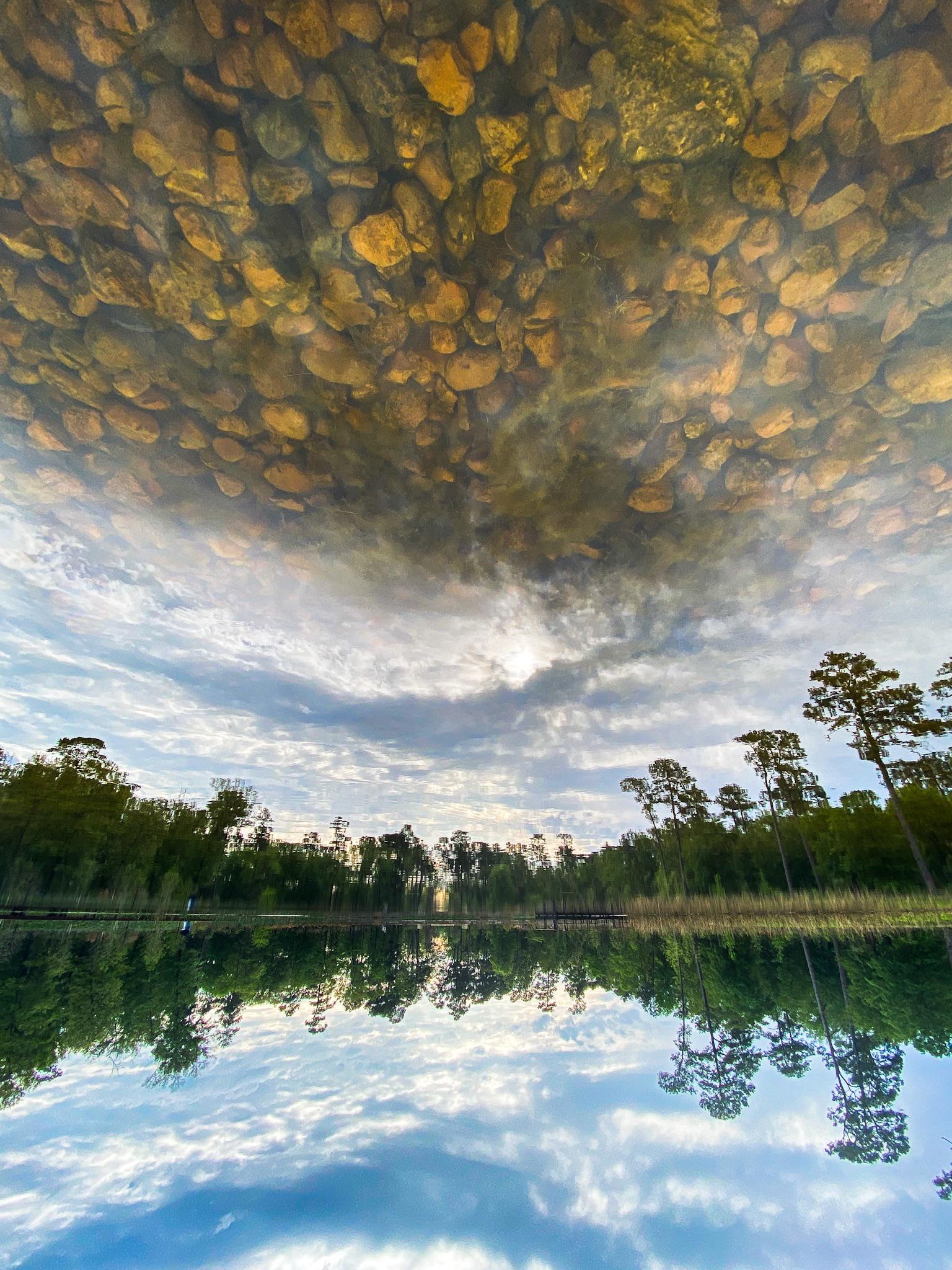 Buytaert didn’t need anything sophisticated to take this photo. He simply took a wide-angle photo with his iPhone, placing the lens close to the surface of the water. In simpler terms, he shot the image with his phone turned upside-down and close to the lake’s surface.

The change in the way he took the image is pretty simple, but the results are quite dramatic. The bottom half of the image appears normal—as if the lake is reflecting the sky above. But the top half is where things start getting trippy. While the scene appears normal close to the horizon, we can’t say the same for the rocks seemingly floating in the sky.

In reality, of course, the rocks are where they are supposed to be—at the bottom of the lake. But the photographer used an effective trick to make viewers raise their eyebrows. It is indeed a great play of perspective by the photographer.

Imagine if rocks actually floated in the sky like that!