Interesting Photo of the Day: Mount St. Helens at Sunrise

Mount St. Helens, an active volcano in the state of Washington, is infamous for its deadliest and most economically destructive volcanic event in the history of the United States, which happened in 1980. However, looking at this amazing photo by Ross Schram con Haupt, the mountain looks far from dangerous: 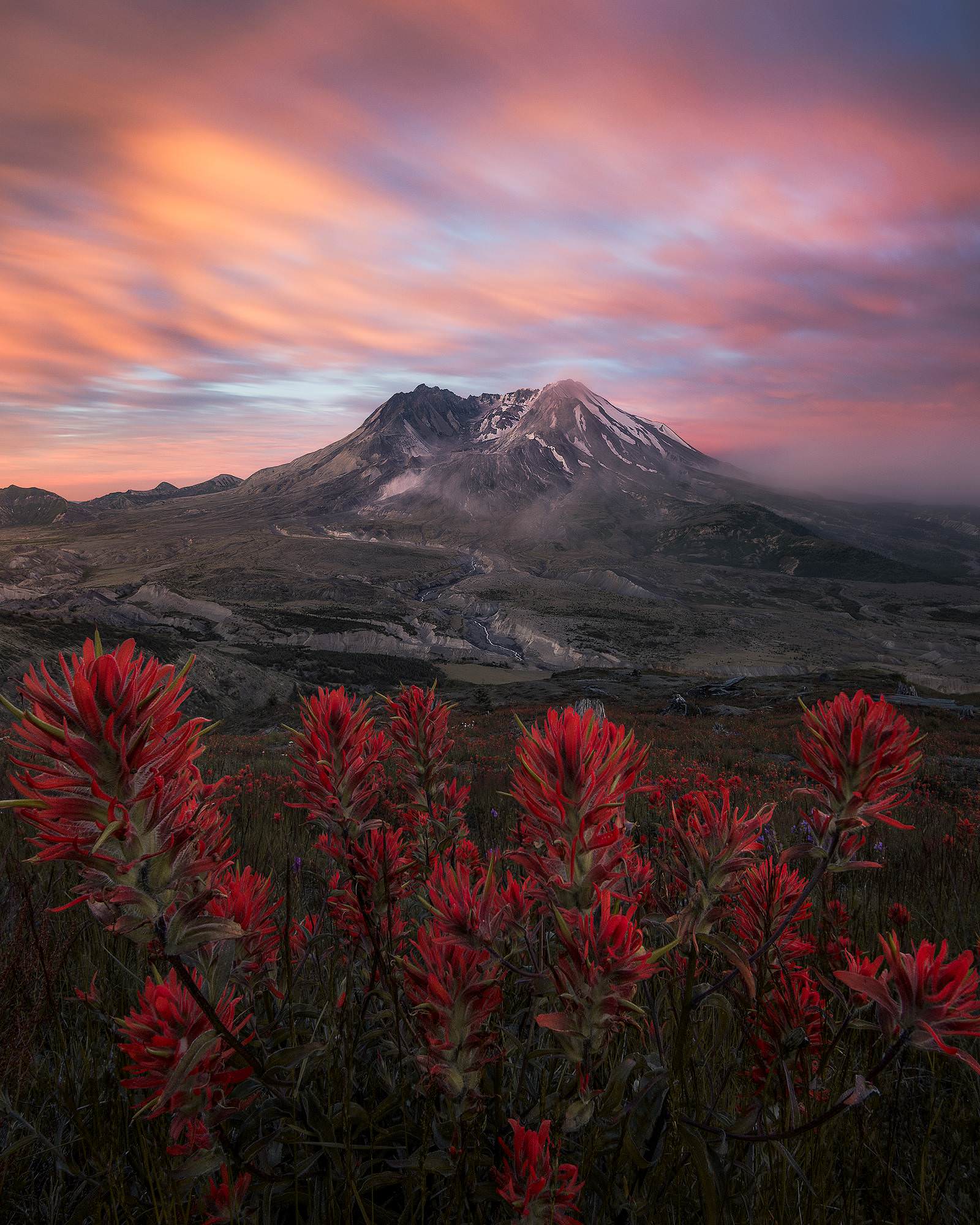 Schram von Haupt took this photograph of Mount St. Helens after sleeping through gusty winds exceeding 50 miles per hour. However, in the morning he and his team were treated to this amazing sunrise. If we inspect the photograph closely, we can notice the ashes being blown around in the wind. However, Schram von Haupt was pleased on seeing the sunrise just because it was so colorful.

“I haven’t seen many sunrises that can compete with this one. There was ridiculous color in all directions…360 degrees of EPIC!”

He shot the photograph using his Nikon D610 mounted with Nikon 16-34 f/4 lens. This image is in fact a blend of various exposures.

Also, it’s noteworthy that he shot the flowers a day earlier at the exact spot because of windy conditions. This beautiful photograph is truly a result of skillful photography and post processing. What do you think?

One response to “Interesting Photo of the Day: Mount St. Helens at Sunrise”