Interesting Photo of the Day: Mount Rainier in the Moonlight

Encompassing Northern California, Oregon, and Washington, the Pacific Northwest is considered by many to be one of the most beautiful regions in the United States. Each state in the PNW contributes its own breathtaking natural landmarks, but Washington’s picturesque mountains and volcanoes easily command the attention of travelers. 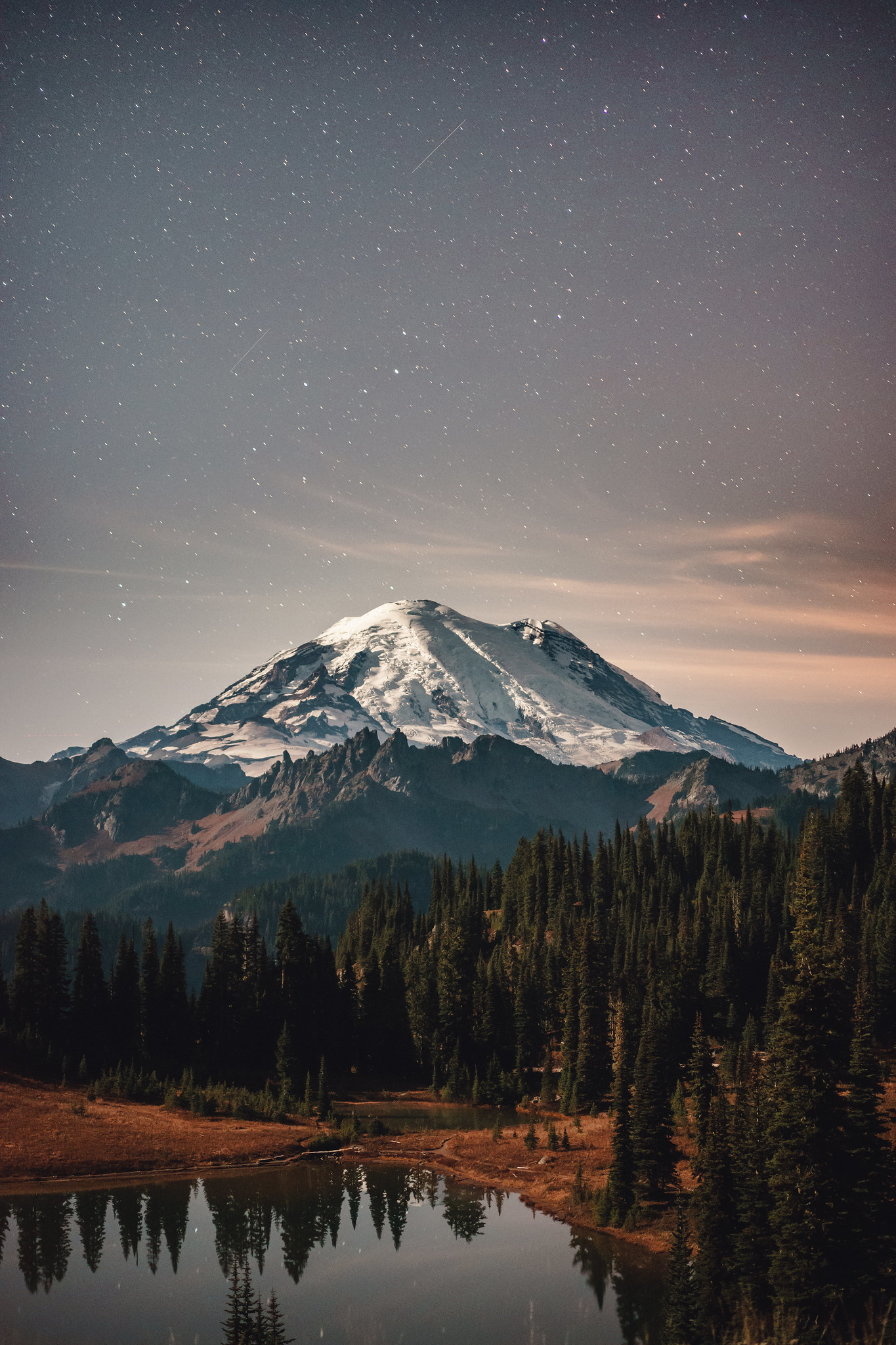 As Washington’s tallest peak, Mount Rainier, stands an impressive 14,417 feet, towering over its namesake city and surrounding coniferous forests and mountain valleys, with Seattle nearby to the northwest.

Buchanan created the photograph as a single frame long exposure. He mounted his Sony Alpha a7II ILCE7M2 and Sony 55mm f/1.8 Sonnar T* FE ZA lens onto a tripod and adjusted his settings to capture a 15 second exposure at f/1.8 and ISO 3200. He used a shutter release cable to minimize camera shake.

He revealed to a Flickr user that his post-processing methods included flattening the image by lowering contrast, brightening shadows, darkening highlights, adjusting the curves to restore contrast and detail, tweaking luminosity for greater rock and tree detail, and boosting the clarity and de-haze tools to emphasize the stars.

“Everything in the photo is pretty far away, even the trees closest to the camera were probably 200 feet [away], so I didn’t have to worry about focusing on anything too close up,” he wrote to a Reddit user. “The ice on the mountain was pretty bright, so I was able to use auto-focus at night to just focus on that… [and] I think the noise kind of hides some of the softness.”

“The focusing seems a bit slow for action, but I feel like it’s great for landscapes because it’s nice and small for traveling and has great dynamic range,” he said. “It almost feels like a cheater camera after coming from a Canon 3D because it’s so forgiving.”