If you’ve ever had the opportunity to visit San Francisco, you must have noticed the very steep streets. The reason behind this being that the city has quite a hilly terrain and the roads are largely aligned on a rectangular grid system. This has made the city synonymous with difficult road design – many drivers new to the area find it a real challenge to maneuver the steep hills. Photographer Joshua Singh‘s image gives us a perfect glimpse of the kind of extreme hills the city is known for: 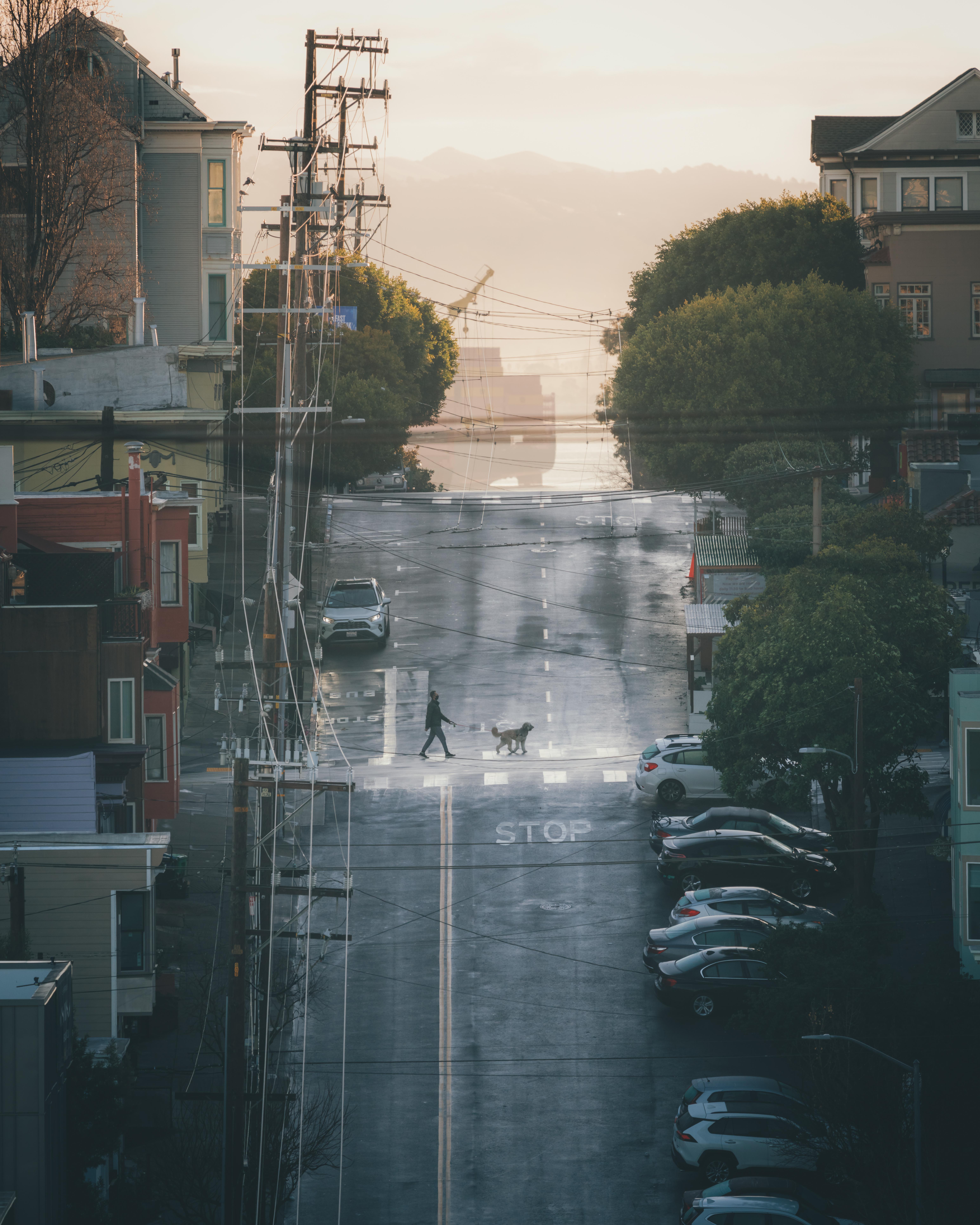 Singh shot the image on a Sony A7RIV with the 400mm lens right after sunrise. Since he shot the image at such a long focal length, the compression is very prominent. It’s quite interesting to see how even the distant structures appear to be pulled forwards making the image seem flat. It’s almost like everything’s on a two-dimensional plane. To get a better sense of this, you can simply look at the cars. The slope of the road and the lens’s compression makes it appear as if the cars are piled up one upon the other.

Even the visual elements that Singh has included are quite relevant to the city of San Francisco. While the person walking with his dog at the center of the frame seems to be the highlight, there are other meaningful inclusions as well. For instance, you’d expect a rich city like San Francisco to have its cables managed underground. But the messy cables here work as a part of the city’s character and add to the vibe. Also, notice how the cars are parked facing the curb. This shows how steep the road actually is – parallel parking can be a pain on steep roads.

Even the processing that he’s done is quite beautiful. The muted mid-tones and offset blacks make it fun to explore visually. You might even say that the image looks like a watercolor painting.