Interesting Photo of the Day: Milky Way Over Lindis Pass

New Zealand has been blessed with beautiful landscapes. Pair that with the amazing view of the Milky Way, and what better combo could you ask for? Astro photographer Paul Wilson captured the following image of the Milky Way over Lindas Pass in New Zealand: 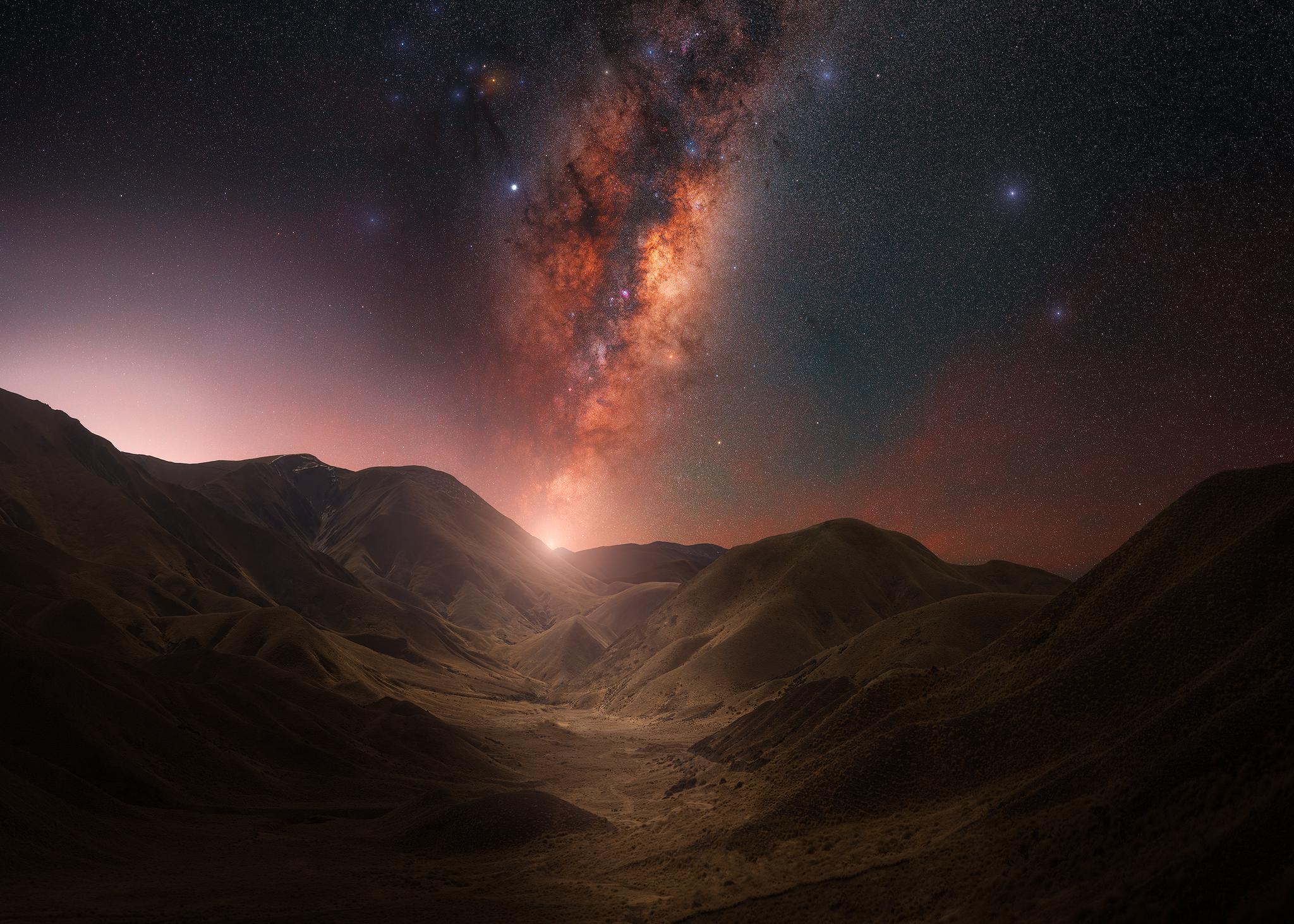 Wilson took multiple images with his Canon 5D Mark IV and stitched them together to create this magnificent photo. The foreground is a panorama that he got by stitching 80 shots, which he shot using his 200mm lens. The sky, on the other hand, is a result of stitching 35 shots that he took with his 50mm lens, each shot being a 60-second exposure at f/2.8, and ISO 1600. Since each sky photo was exposed for 60 seconds, he used an astro tracker to avoid any star trails.

Considering the way Wilson has taken the images, it is clear that he has put in a lot of effort. And his effort has clearly paid off. The brighter portion of the foreground beautifully leads the viewers to the bright spot on the mountains. And the gigantic and beautiful Milky Way makes for a beautiful backdrop for this brilliant image.