Lions are known as “the King of the Jungle” for a reason. Between their bodies, strength and behavior—everything about them is majestic. But even these majestic beasts have to surrender to the whims of their biology. White lions are the result of an extremely rare color mutation specific to South African lions. Regarded to be divine species by some African tribes, white lions are peculiarly astounding. Consider the following image taken by photographer Harry Vincent in South Africa: 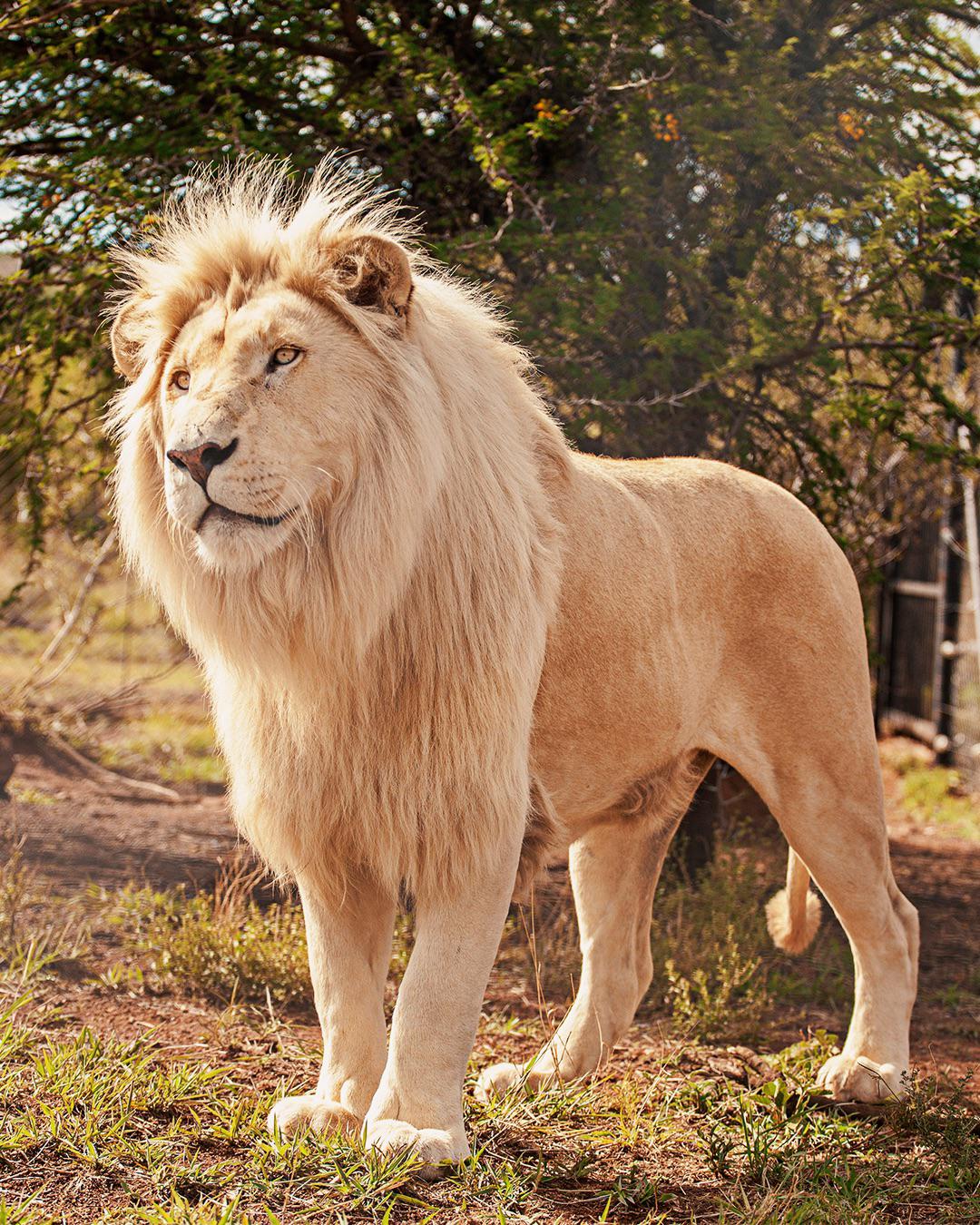 Vincent took this image with his Canon 5D Mark II while standing pretty close to the lion in a reserve. He was just about 30 meters away when he took this image. As he explains, the experience totally surprised him, as he had severely underestimated how big these cats could get. Vincent says he’s 6’4″, and the lion’s head was in line with his chest.

When Vincent was capturing this image, the food truck in the sanctuary was close by with the lion’s food. This allowed him to photograph the big cat while it was looking toward the truck in anticipation of a proper meal.

“I was volunteering at a sanctuary and we were about to feed them so he was pretty fixated on the food truck.”

The sunlight hitting the lion from the side has created a beautiful outline, separating the beast from the background. The expression on the lion’s face is almost heroic. It is similar to that of a cat who just heard a packet of food being opened. It’s all in the genes, after all.