Interesting Photo of the Day: Magical Barcelona at Night

Barcelona, the Catalan city in southeastern Spain, a must-see travel destination. It’s not just beautiful because of its myriad architectural styles, but also because Barcelona is a very well planned city, featuring a grid-like street pattern that is a joy to see from a high up. However, it is during the night that the city’s appearance really comes to life, as the street lamps light up the roads. Have a look at the following image of Barcelona taken at night by photographer Demas Rusli and you’ll get a feel of the mood: 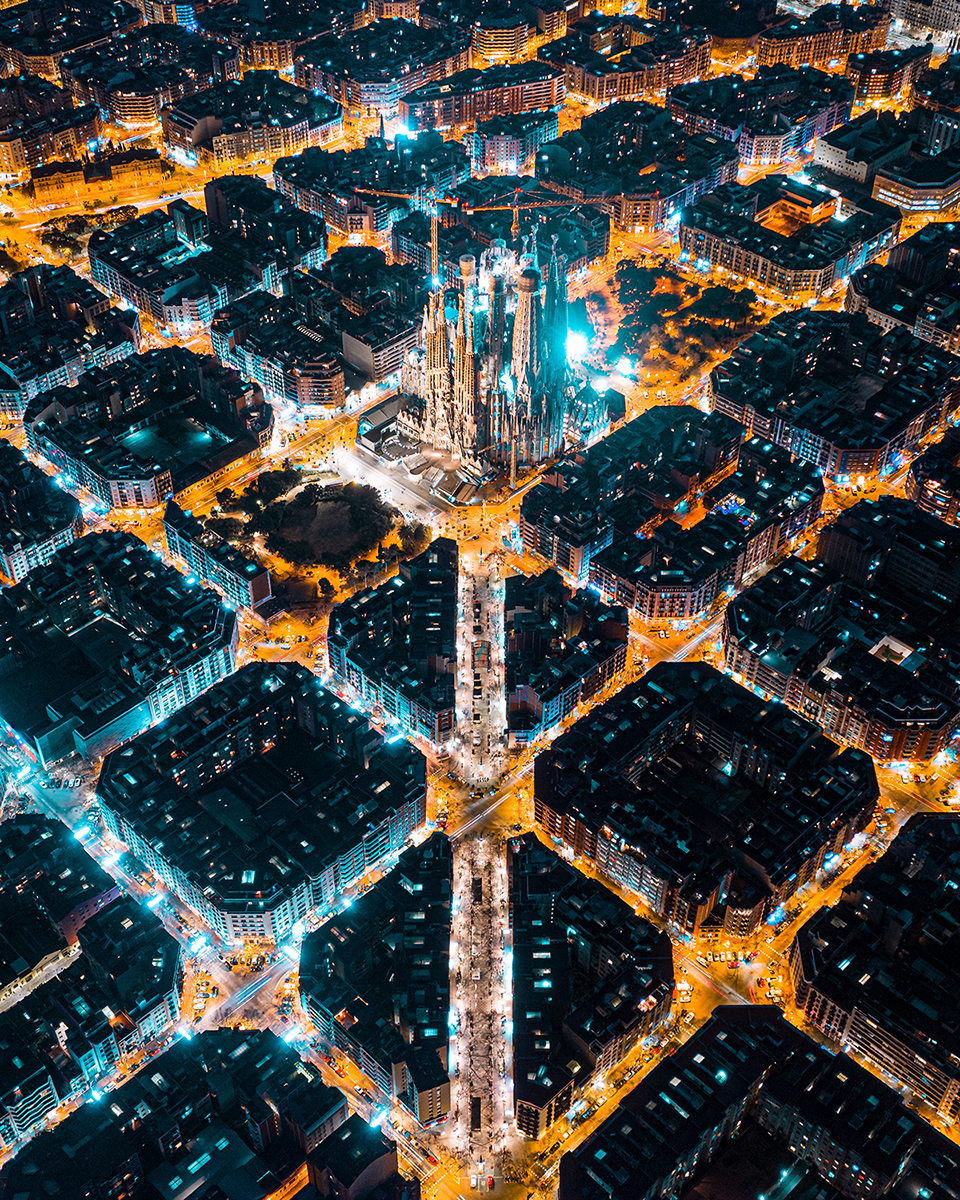 Notice the perfect square blocks that make up the city. The network of roadways and the array of buildings are very visually satisfying. At first glimpse, it may even appear like some sort of electronic circuitry—almost like viewing the inside of a computer.

While the city is beautiful in itself, Rusli also captured the image wonderfully. The street in the foreground (Avinguda de Gaudi) acts as a strong leading line, drawing our eyes toward the famous Sagrada Familia cathedral—a focal point of the image. Further, by taking the image at night, he’s beautifully captured the ambiance of the city. The mix of orange and blue lights add so much life to the image. Rusli’s composition is indeed stunning, and the contrast of the warm and cool tones is totally mind-blowing.

Have you had the chance to visit Barcelona? How did you like it there? Feel free to share your experience there in the comments below.

2 responses to “Interesting Photo of the Day: Magical Barcelona at Night”