Interesting Photo of the Day: Long Exposure While Rock Climbing

Speaking from a photographer’s perspective, the terms low light, long exposure, and sports photography don’t usually go together. However, when you are creative enough, you can make them work cohesively and come up with something that’s truly out of the box. Photographer and rock climber Luke Rasmussen did something similar when he took a long exposure of himself going rock climbing on the Greek Island of Kalymnos: 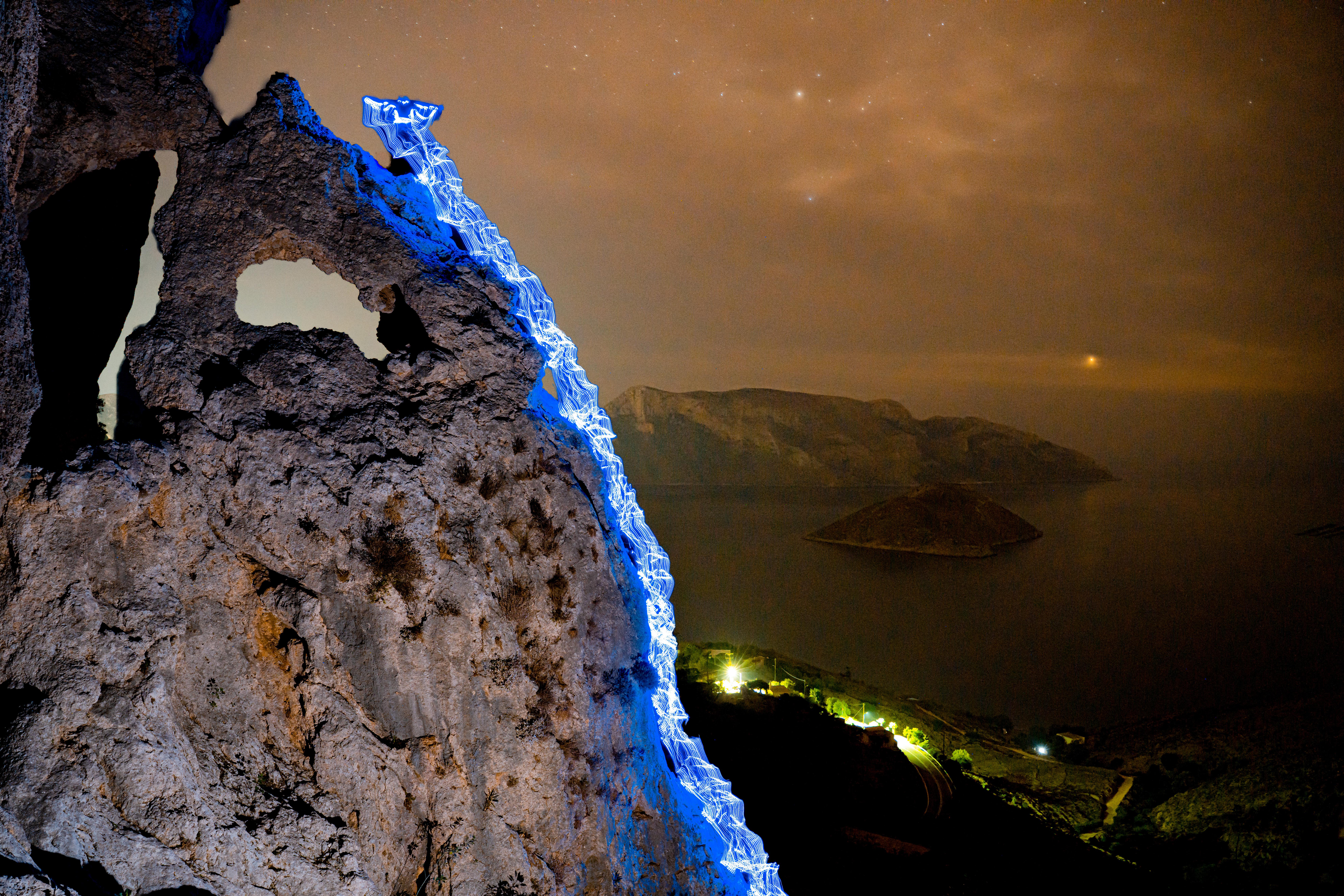 The image is a composite of two images that Rasmussen took with his Sony A7RII. The first image of him climbing up with lights taped to the back is an 85 seconds exposure. The second image is a 15 second exposure that he took at ISO 3200 to expose for the background.

The focal point of this image definitely has to be the light trails. Furthermore, the fact that he was able to complete the climb in a mere 85 seconds is an impressive display of endurance in itself. The blue LED lights that he’d been wearing on his back lit the foreground rather well. The background on the other hand is dimly lit as it was a moonless light. This has set a rather different tone and mood to the background; almost as if it was taken on some other planet.

If you observe closely, you may be able to notice a shape that resembles a fox or a dog. It is yet another interesting aspect of this image. Do you see it?