Interesting Photo of the Day: Long Exposure of Highway Traffic

Long exposure photography has the potential to inject life even into the most mundane scenes. Take the following example of the long exposure of a highway in Madrid for instance. Something that gives the impression of a noisy environment otherwise, appears soothing in the long exposure taken by photographer Adrian Aparicio: 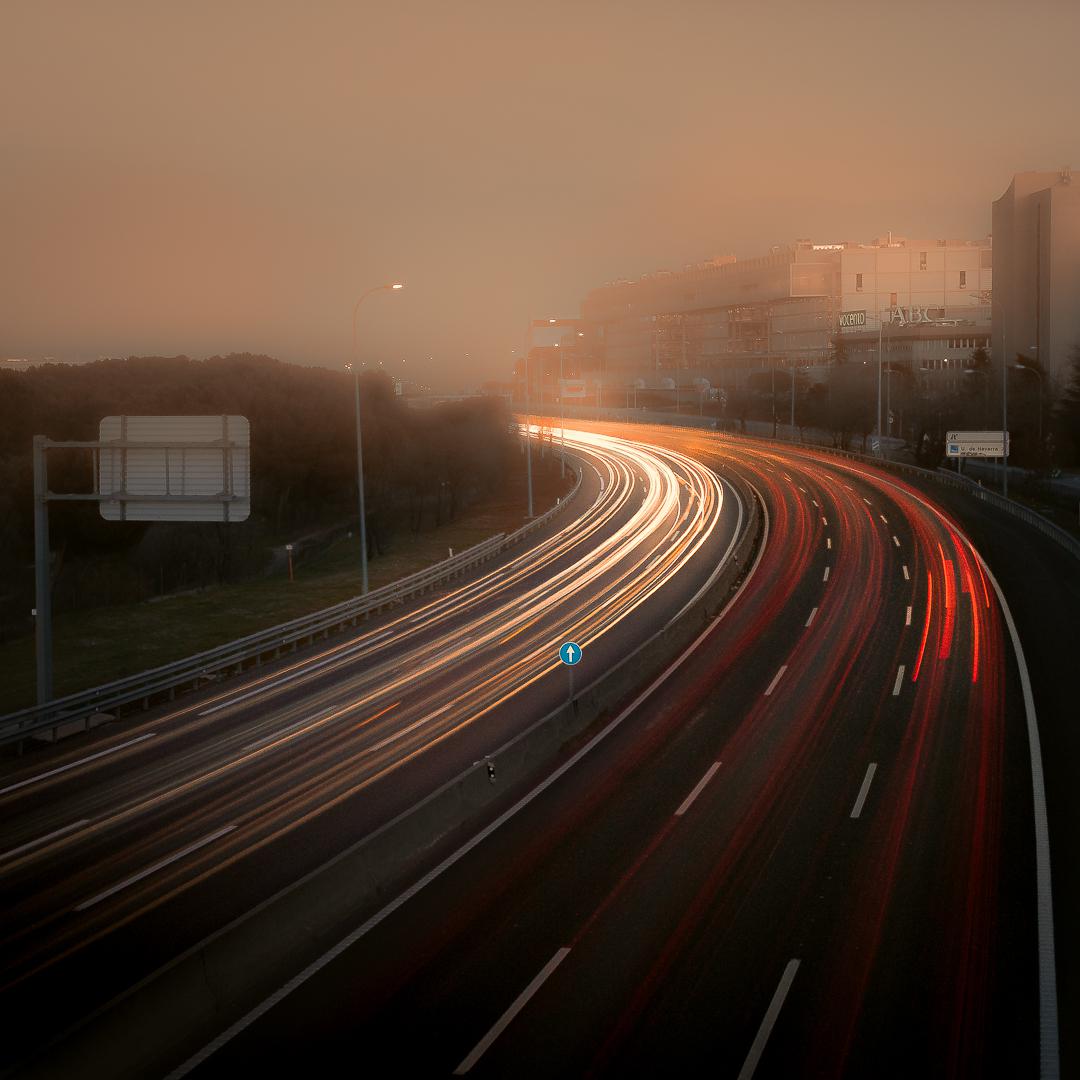 The image is a 30 second exposure that Aparicio took using his Sony A7III. Considering that he took it during the golden hour in the evening, he had to use a neutral density (ND) filter so as not to overexpose the image.

The curve of the road, along with the light trails of the vehicles immediately draw us into the image. And that’s a good indication that the composition on this image is an effective one. Further, the low visibility at the end of the road adds to the mood of the image. Although that’s smog we’re talking about, it seems to have added some aesthetic to this image.