Modern technology makes star trail photography so simple. Take a shot like this one, for example—it may look complicated, but it’s actually incredibly easy to shoot: 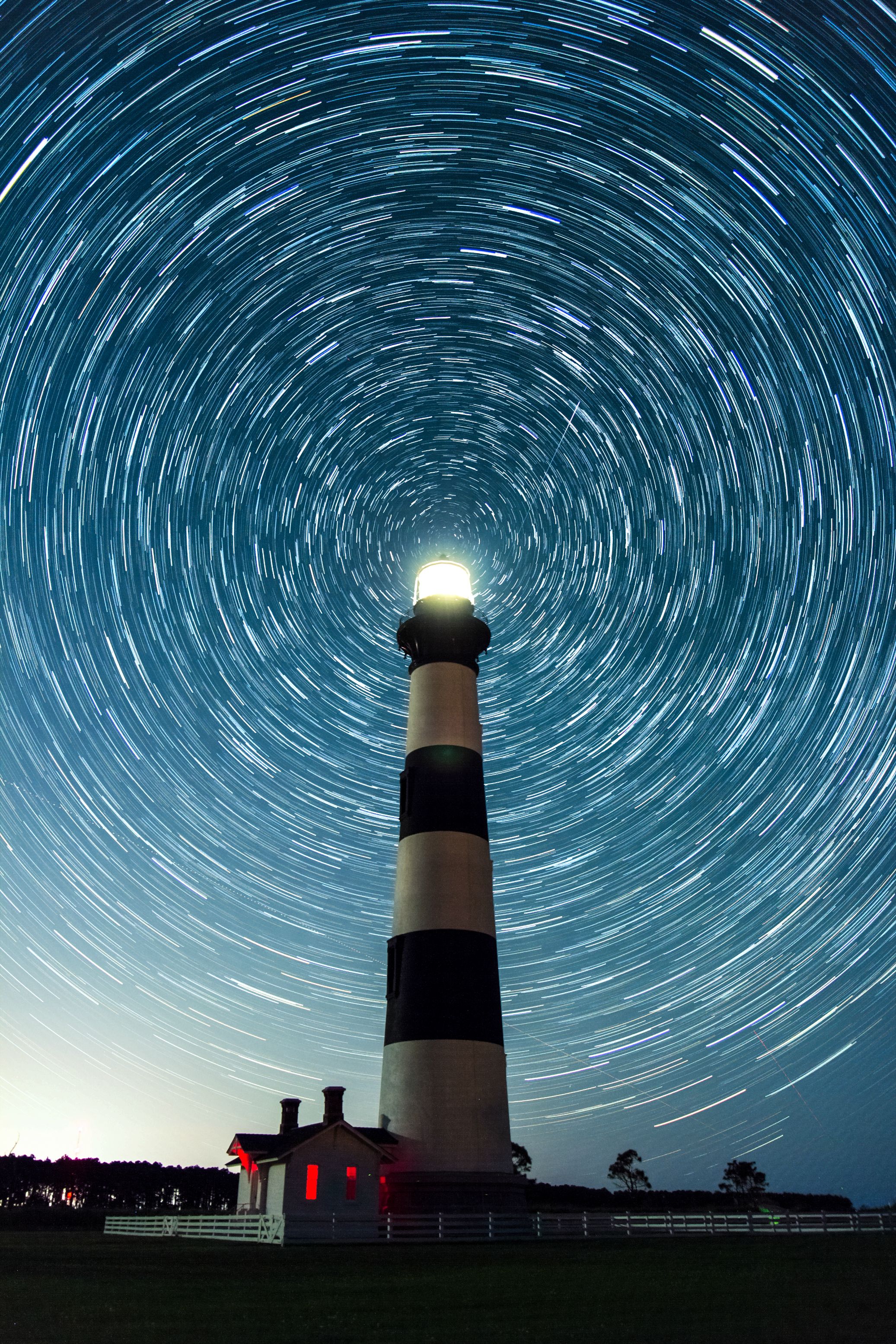 The photographer, Jason Watson, used a website called Dark Sky Finder to scope out the location near the Bodie Island Lighthouse in North Carolina, then simply showed up with the right gear:

“I made sure there weren’t going to be any clouds that night and made sure to go after the moon had set. When I got there I used an iPhone app called SkyView to track the stars’ rotations and just set my camera down and let it take photos for about 30 minutes.”

As for gear, he composed the shot from 60 individual 30-second exposures (using an intervalometer he found for $12 on eBay), shot from a Canon Rebel T2i and Tamron 17-50mm f/2.8 set at its widest aperture with an ISO of 400. He compiled the shots using StarStax, but Photoshop would work just as well.

There are no secrets to star trail photography anymore. If you’re curious, check out these great starter tutorials for more in-depth info.

How to Capture Sharp Photos of Birds in Flight