Interesting Photo of the Day: Lava Leading Line to Volcano

Fagradalsfjall in Iceland has recently been an area of attraction for many, and for good reason. A volcanic eruption began there on March 19, 2021, which has attracted thousands of tourists—especially photographers. If you haven’t come across any image of what’s been happening, photographer Ryan Fitzsimons has a delightful treat for you: 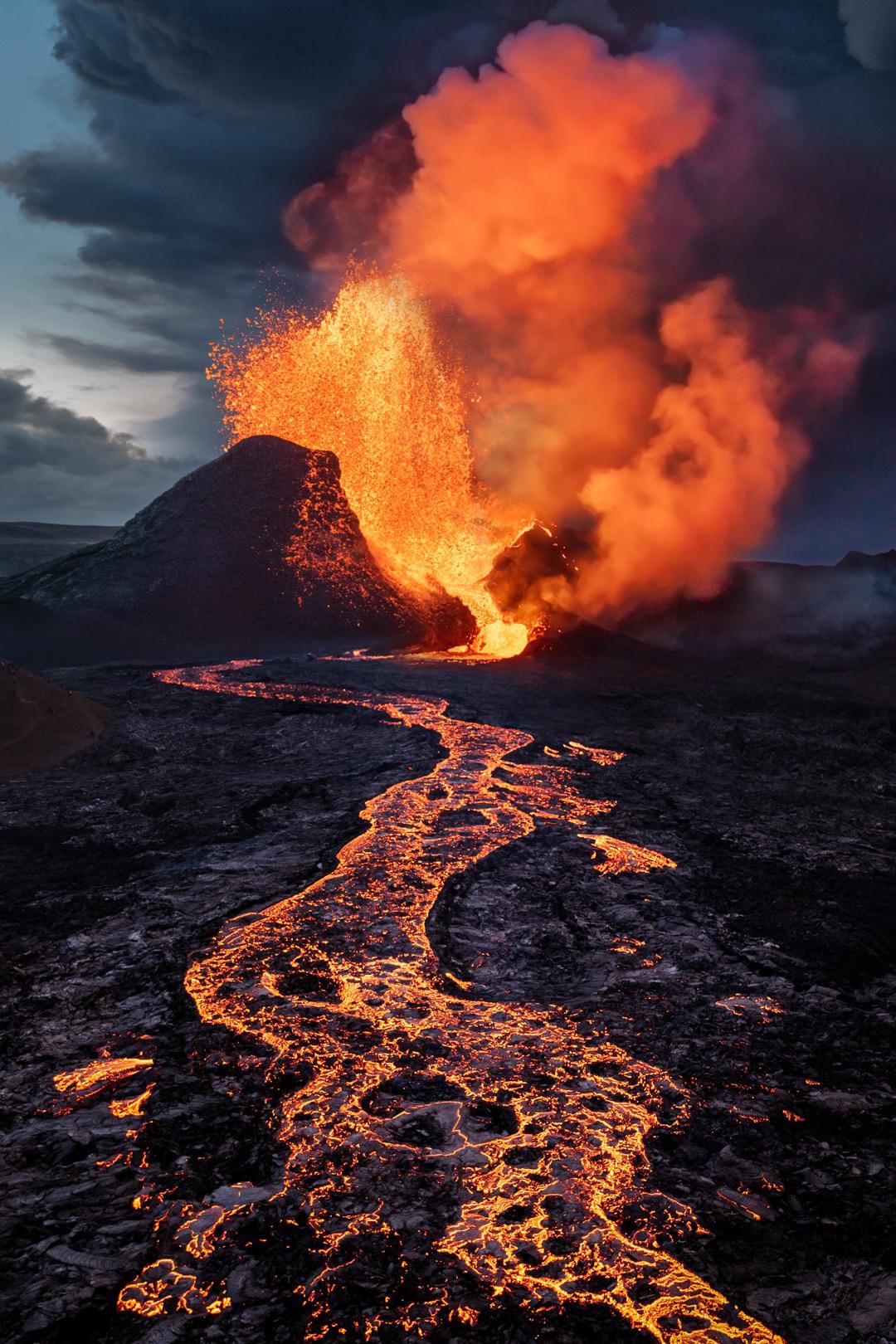 Fitzsimons used a drone to photograph the magnificent event from this perspective. And while getting even a single shot was a challenge, this image is a five-image panorama. Can you imagine the level of risk he had to take? You don’t have to imagine it: he describes it for us.

“What made it difficult is that the lava river is hot enough to melt the drone if you get this low to it. So I had to hover higher up, wait for the eruption and lower quickly to get the 5 shots.”

Difficulties aside, the beauty of this image is something that you cannot simply ignore. The lava river works brilliantly as a powerful foreground element and a leading line to draw us right into ground zero. Then there’s the erupting volcano, with lava spewing several feet up in the air, and the clouds of gases and ash add further drama by reflecting the red glow of the lava.

Would you dare fly your drone in such an intense situation? This image is surely worth the risk.