Interesting Photo of the Day: Kea the Alpine Parrot

The New Zealand kea is the world’s only alpine parrot and one of the most intelligent birds around. Unfortunately, due to their very low population of only about 3,000 to 7,000, they’ve been listed as an endangered species. Besides being intelligent, they also feature a brilliant orange coloring under their wings. This makes them quite attractive to look at, especially when they’re flying. Photographer Ryan Wilkes took the following image of a kea during his visit to New Zealand. He’s  really captured the beauty of this creature brilliantly: 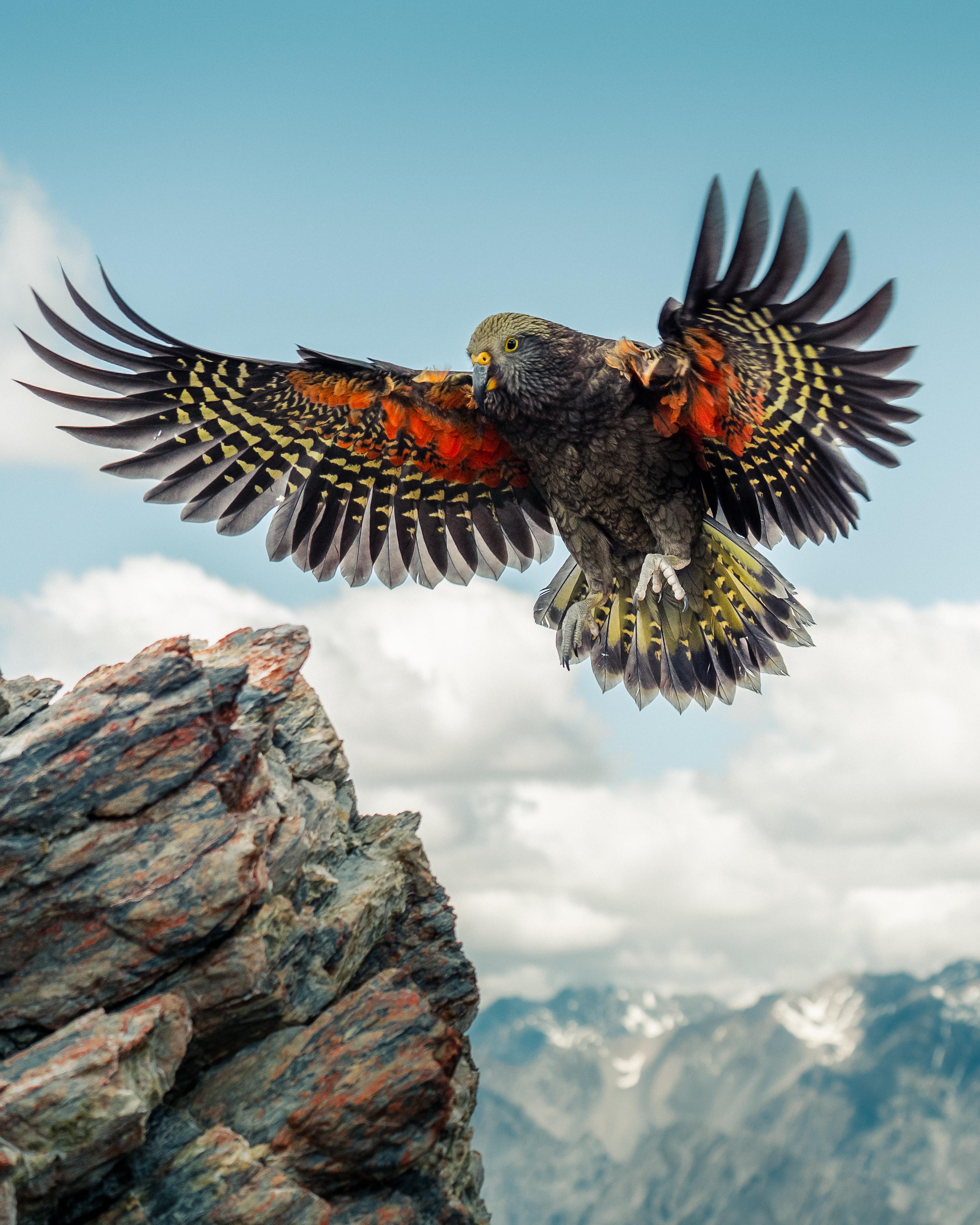 What’s really fascinating about this image is how the bird actually appears like a computer render. The colors and texture are so brilliant that it appears almost unnatural. It’s that perfect. While shooting against the blue sky, it’s highly likely that the bird comes out heavily under-exposed. But when Wikes took this image, he was gifted with diffused light thanks to a cloud covering up the sun.

“The light was also diffused nicely by a cloud that was covering the sun at this exact moment. So I lucked out and got some pretty diffused lighting on the bird. If there was direct sunlight, this photo wouldn’t be anything like it turned out to be.”

Besides the kea itself, the other elements in the image also add so much value. For instance, the mineral deposits on the rock in the foreground give it a colorful look which almost mimics the parrot. Also, the mountains in the background show a bit of the environment that this beautiful bird calls home. This is truly a fantastic capture by Wilkes.

What other birds have you come across that are as beautiful and smart as the kea?