Interesting Photo of the Day: Inside a Cello

Musical instruments are really amazing pieces of engineering. But after having a look at the following photograph, it seems they’re architectural marvels, as well. The image below is by Adrian Borda, and it is of the inside of a very old French cello from Napoleon times: 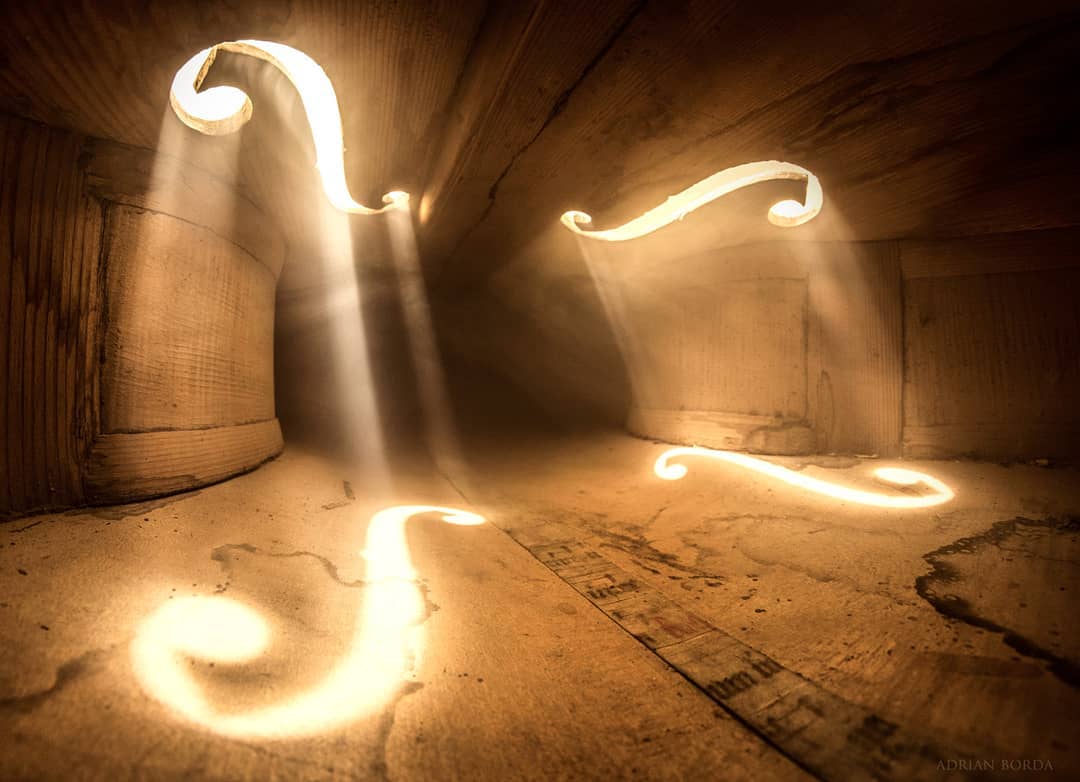 At first sight, it seems as if the photograph is of some kind of dungeon and reminds us of a cutscene from the very popular Prince of Persia / Tomb Raider / Assassin’s Creed games. However, as Borda has explained, this photograph is a part of his photo series of very old French instruments from Napoleon times. He took this long exposure photograph with a full frame mirrorless camera, using a smartphone as a wireless remote. He was on a trip when he took this photo and hadn’t carried any of his flashes. So, he used the light bulb from the ceiling for the lighting and changed angle of the lighting by dragging the cello around the room. His effort surely paid off.