It’s a wildlife photographer’s dream to capture a giant humpback whale breaching, with snowcapped Icelandic mountains and a dramatic sky to complete the picture. Wildlife photographer George the Explorer found himself living that dream. Except, the weather decided to play spoilsport: 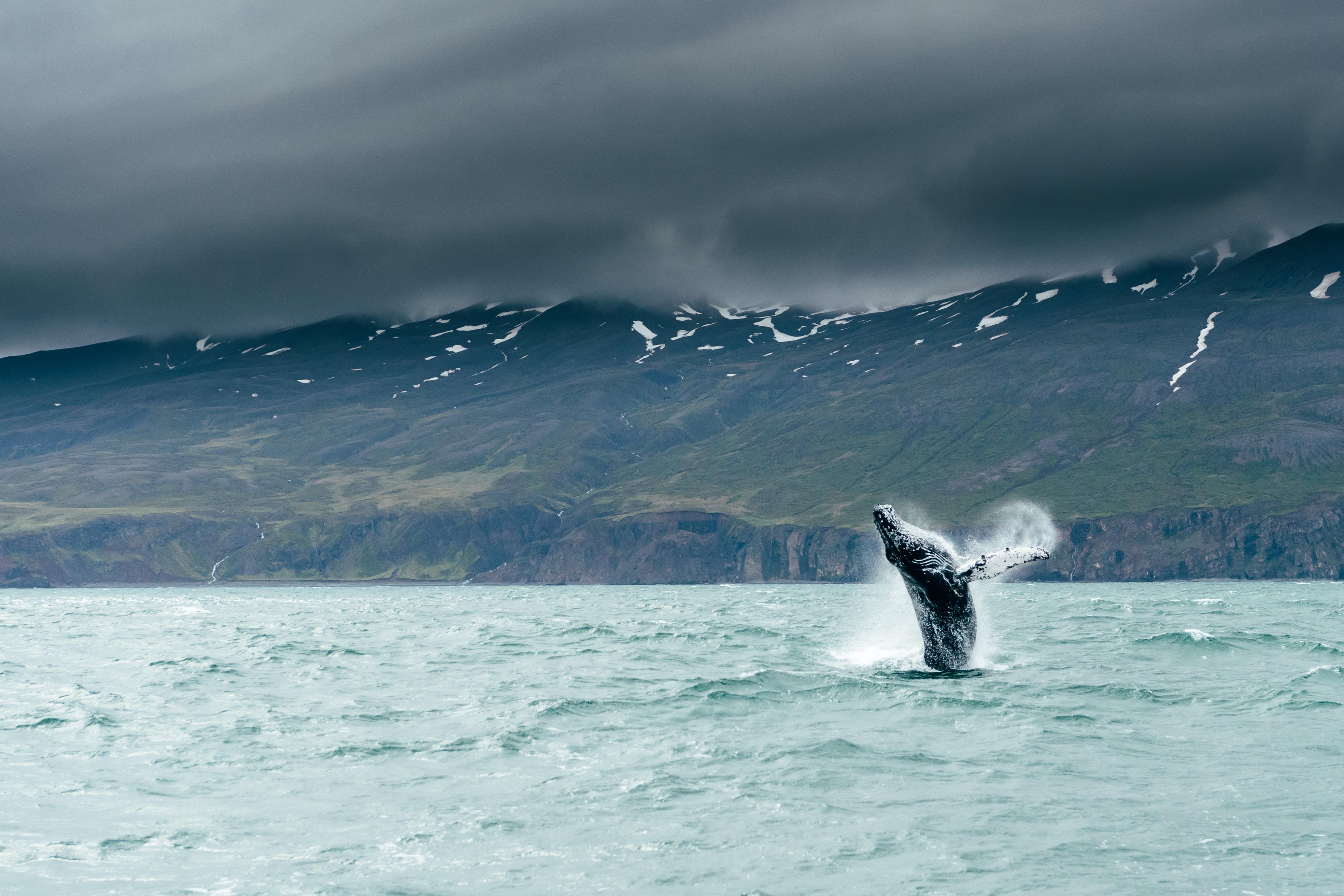 Sometimes it just all comes together for a wildlife photographer. (Via Reddit. Click image to see full size.)

The idea was to showcase the majestic beauty of these beautiful creatures in their natural habitat. But it seemed Murphy’s Law was going to get even. In the photographer’s own admission “nothing followed nothing, followed by more nothing.”

Until it seemed that the incoming storm, blowing directly from the North Pole, threatened the very expedition. And that’s when he had a breakthrough. Or a breach, as it was. Followed by more breaching, which continued for 20 minutes.

“The best marine wildlife display I’ve ever been lucky enough to witness.”

Fortune favors the brave and the persevering.

One response to “Interesting Photo of the Day: Icelandic Whale Breaching”