Interesting Photo of the Day: Hong Kong Storefront at Night

In its simplest sense, street photography is about photographing people going about their daily lives. This kind of street photography often captures people in their “purest behavior”. There’s no posing or styling going on, and you as a photographer can’t make any adjustments to the shooting environment. Have a look at the following image by photographer Derry Ainsworth that he took in Hong Kong. It’s a brilliant example of a typical street photograph with a retro vibe: 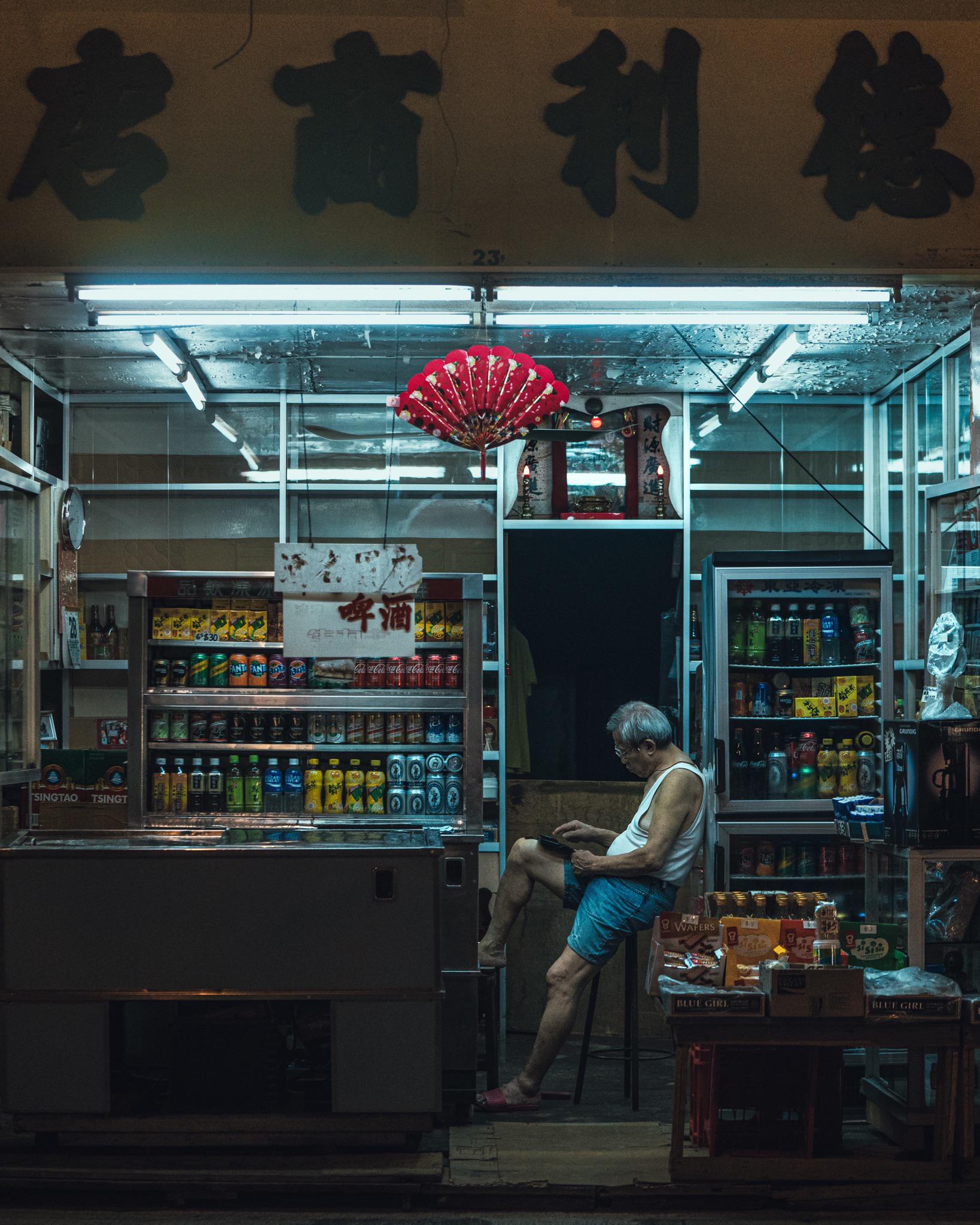 “A Store in Hong Kong at Night” by Derry Aubsworth (Via Reddit. Click image to see full size.)

The perspective of this image is what makes it quite interesting to look at. His head-on approach when composing this image gives a feeling of actually being there and looking at the shop and shopkeeper from in front of the store. And then there’s the condition in which the image was taken. The night’s darkness with a fluorescent-lit atmosphere looks simply stunning for this image – it looks so cinematic.