Photographers love shooting during the golden hour. The sky turns magical and everything the light touches looks golden. The soft lighting makes the surroundings appear so vibrant. This image of the Golden Gate Bridge taken by photographer Che Sun is another good example of why shooting during sunset is worth it: 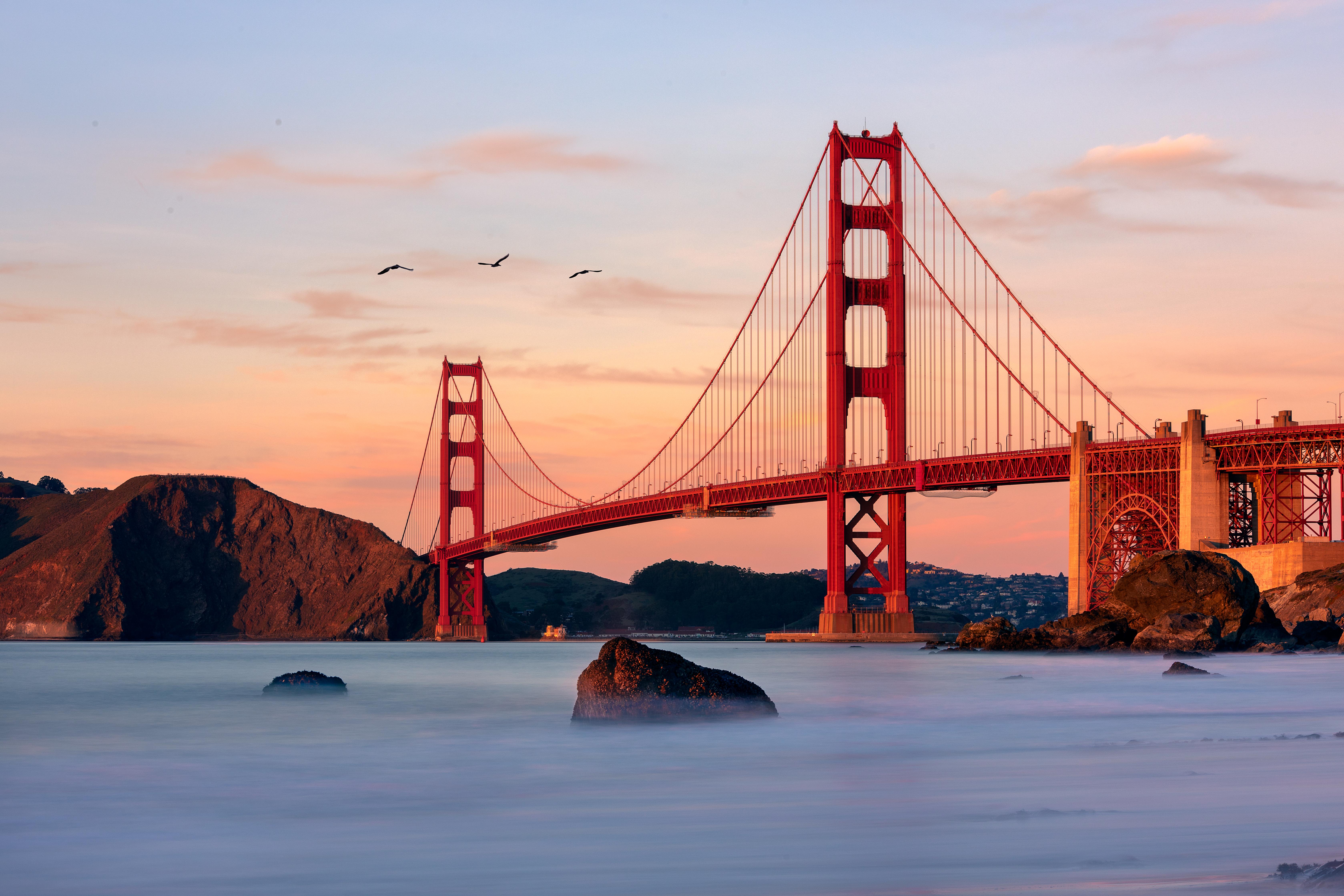 Fog and low-hanging clouds are a common weather phenomenon that occurs in San Francisco, and Sun has portrayed that perfectly in this image. His long exposure captures the warm feeling of the sunset, and te motion of the clouds underneath the bridge. However, Sun added the birds during post-processing for the sake of giving the image a serene mood and geometric balance.

“I wanted to go for a painterly style, and a serene mood, and I think adding the birds achieved that. They were photographed by me at the same location at the same time as this photo was taken. Also, I think they add more geometric balance to the image.”