Interesting Photo of the Day: The First Day of May

In the farthest reaches of Vermont, the bitter cold winters can be long and drawn out. So, when the first signs that the sleet and snow have finally come to an end appear, it’s cause for most New Englanders to celebrate: 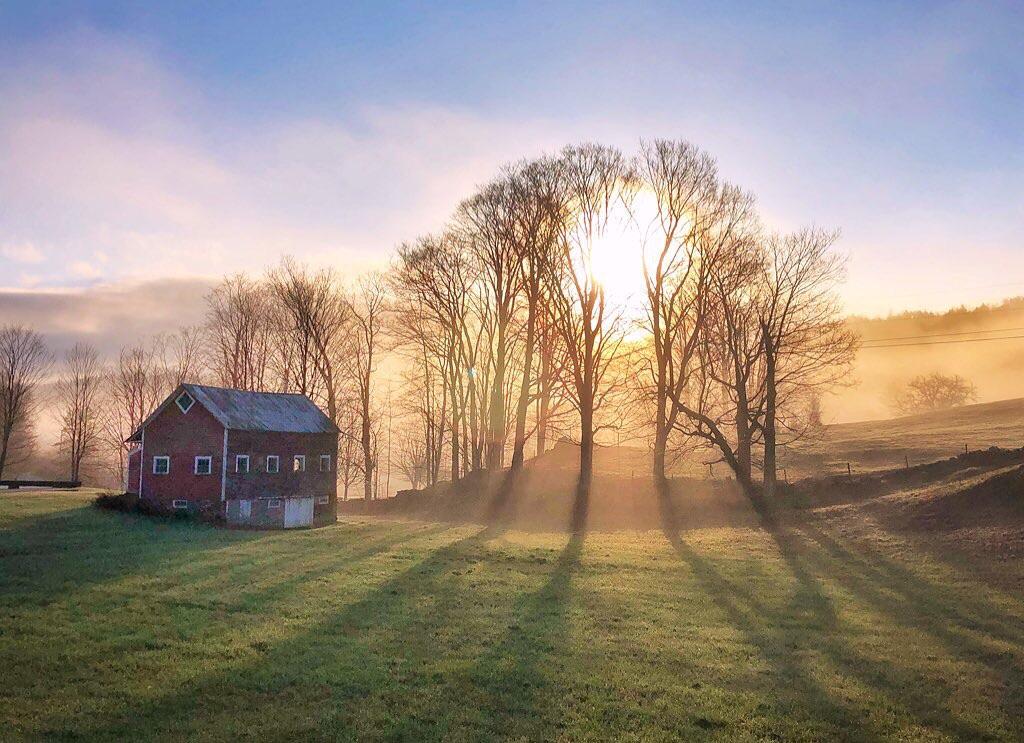 Just one day before Jennifer Hannux of Northeast Kingdom Photography snapped this picturesque pastoral scene, she and other Vermonters groaned as snow blanketed fields and roads. While other areas of the US were beginning to get their first tastes of spring, those stuck in the northeast were left with April’s empty promises of warmer weather.

The first hours of May, on the other hand, did not disappoint. As the last of the frost melted away from memory, the sun peeked out among the countryside’s rolling hills shrouded in fog. Shining brightly through a tangled web of branches, the warm light seemed to signify an end to the grey skies and thick ice of months prior. En route to her daughter’s bus stop, Hannux couldn’t resist the allure of the moment. A true testament to her talent as a photographer, she managed to snag this scene using nothing more than an iPhone 8—proving once and for all that it’s one’s ability to see something beautiful, rather than equipment alone, that makes a photograph stunning.

One response to “Interesting Photo of the Day: The First Day of May”