Interesting Photo of the Day: Falling Down San Francisco

British businessman Andy Honess was on vacation with his family in San Francisco. They decided to have some fun; after what was likely dozens upon dozens of attempts, he snagged this shot: 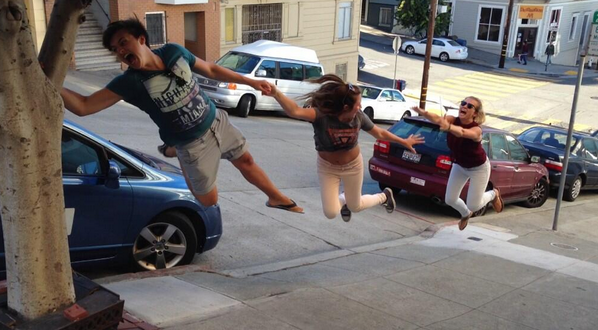 The image went viral, racking up nearly 5,000 retweets and multiple re-posts on Reddit—even two years later. Just goes to show that you don’t need a great camera or much experience; a strong concept and solid execution is enough to make a great image.