When SpaceX was founded, they made it clear to the world about their ambition. Starting with a motive to enable mankind to live on other planets is no joke. In case you’re wondering, what makes their rockets unique is their capability of reflight. Their Falcon 9 rocket is the world’s first orbital class rocket capable of reflight. It has been making round trips since March 2017. Photographer John Kraus who specializes in photographing rocket launches took the following image of a SpaceX Falcon 9 taking off, and it looks spectacular: 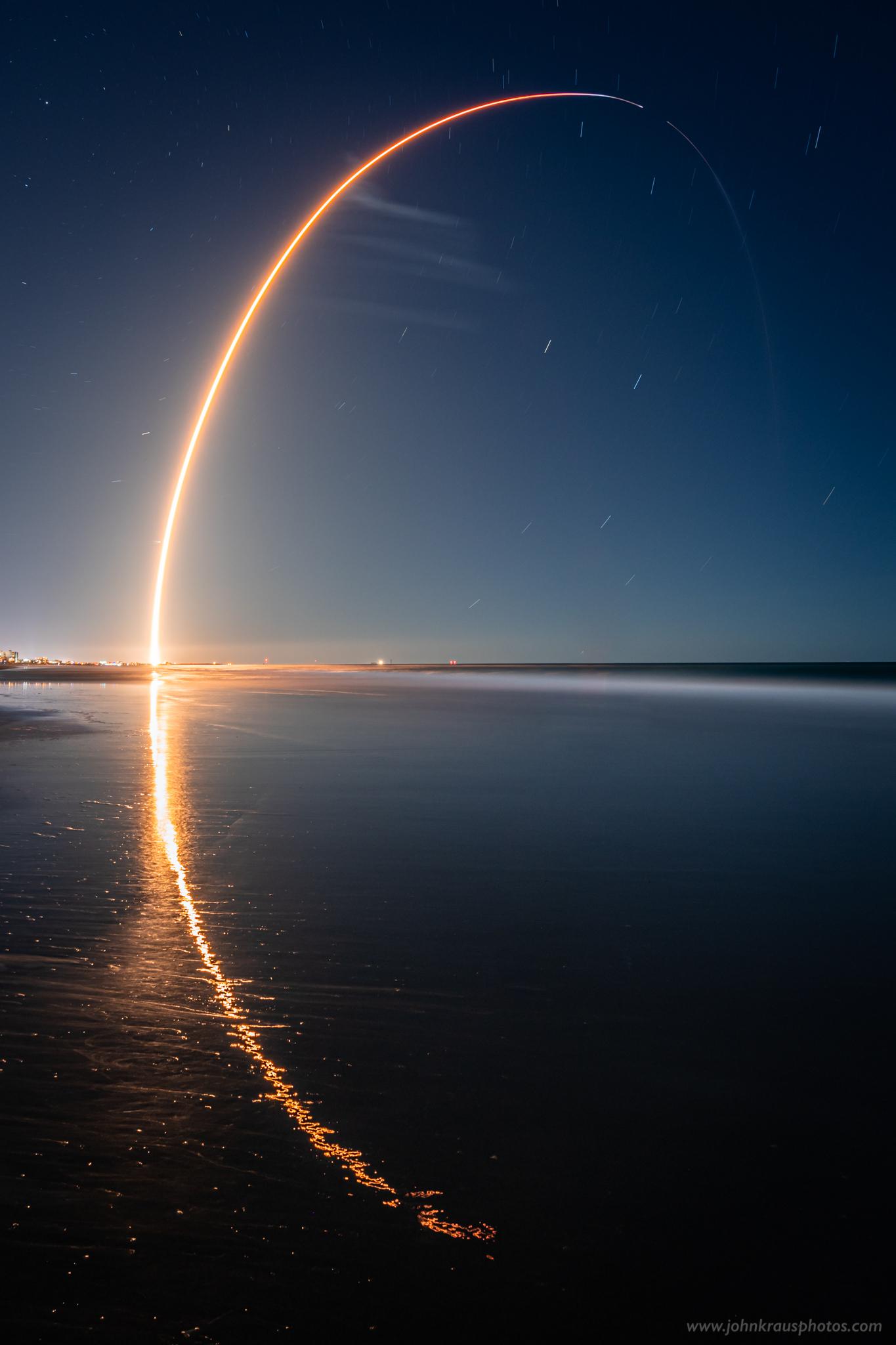 The image is a single long exposure that Kraus took with his Nikon D7500 and Nikon 14-24mm lens.

Surely, the curvature of the launch path and the symmetry is what makes this image so pleasant to look at. Kraus planned the shot around the tide so that he could achieve a reflection of the blast on the wet sand. This is a great example of how proper planning can aid in taking beautiful images.

“It was almost low tide, which meant I was able to set the camera up very close to the water. The wet sand and water allowed for the reflection.”

Besides the symmetry caused by the reflection, you can see another example of symmetry in the sky. It’s in the form of a white streak. In case you’re wondering, that’s the second stage. That’s when the rocket and the spacecraft are in orbit and the engine shuts down. Truly a marvelous capture by the photographer.